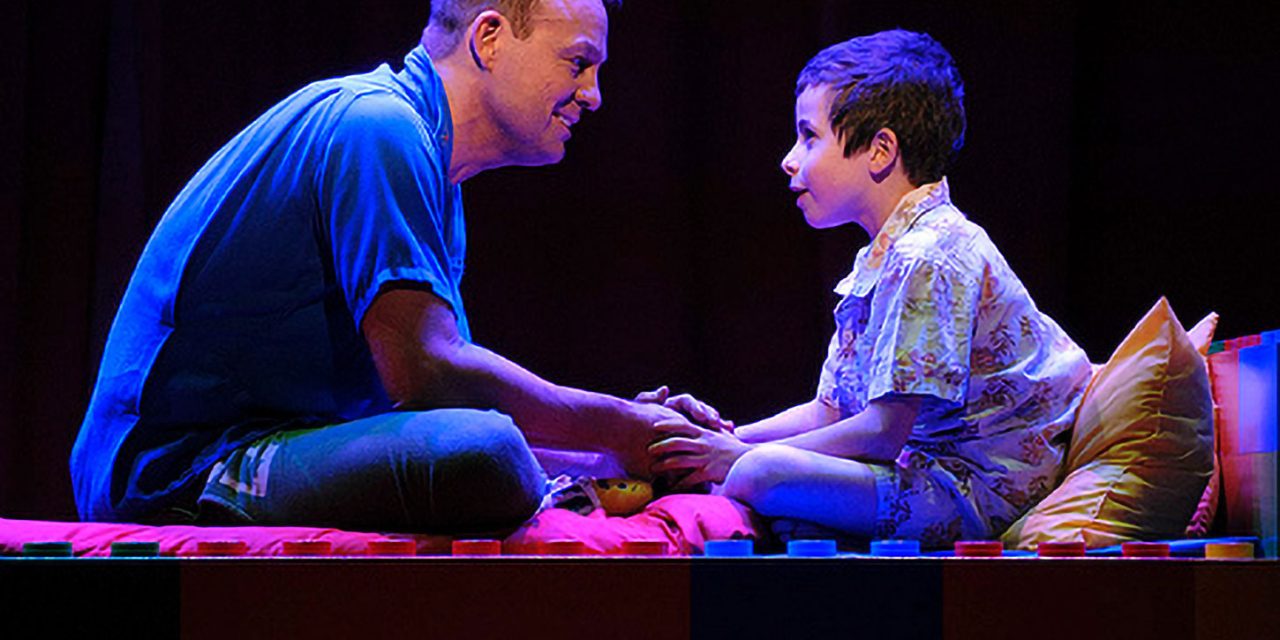 One of those rare creatures who could pull off a mullet, Jason Donovan’s wholesome smile, baby blue eyes and sun-bleached ’do made him one of the biggest heartthrobs of the ’80s. He was the prince of the soap opera, and Kylie Minogue his pint-sized princess. When the then-real-life couple released the song Especially for You in 1988, it hit number one in the UK and number two in Australia, while Donovan went on to have five more hits of his own in 1989 (Too Many Broken Hearts was a favourite). Then he had a string of flops, Kylie met Michael Hutchence, dumped Donovan and, y’know, became a total and utter superstar. Gutted.

Donovan took it well: he only collapsed from a drugs overdose the once. It was at Kate Moss’s 21st birthday (appropriate) and Michael Hutchence was the one to get him the help he needed (awkward). His professional career was back on track, though, albeit heading in a different direction. Moving to the UK in 1991, he found fame again with his role in the stage production of Joseph and the Amazing Technicolour Dreamcoat (and had another number one with Any Dream will Do), and Donovan has been treading the boards in various musicals ever since. He also managed to kick his drug habit in 2000, after his first child was born. 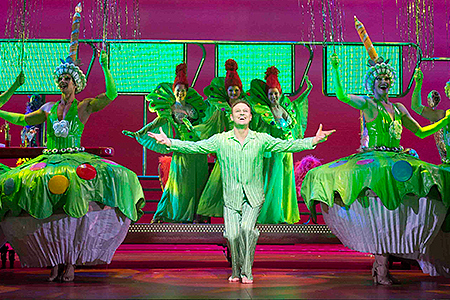 In 2009 Donovan performed in the West End’s Priscilla Queen of the Desert – The Musical as drag queen, Mitzi, also known as Tick. Adapted from the 1994 film, Tick performs his way across Australia with a fellow drag queen and a transsexual, in order to see his estranged wife and eight-year-old son in Alice Springs. Donovan left the show after its first 18 months, before it finished its West End run on December 31, 2011. So what made him come back to the role?

“I just felt I’d had enough time away from it to actually appreciate it. After eight shows a week, it’s not fresh after a year-and-a-half. But I had to come back. Priscilla for me is a great marriage between an Australian musical and an Australian musical performer like myself. It makes sense.”

On its first ever UK tour, the return to London is one of Priscilla’s last stops before the glammed-up bus heads back to the garage and the ladies hang up their sparkly stilettos once more. It’s safe to say the response so far has been positive.

“It’s been a big success. It’s a universal story about a bunch of misfits with a great soundtrack, some fantastic costumes, and I’m in it. Why wouldn’t you fucking come back 20 times to see it?” Well put.

When he’s not on tour, Donovan splits his time between his Victorian home in West London and his country pad in Oxfordshire, along with his wife and three children. “I’ll always be an Australian, but my kids go to school here and my house is here. I’d love to go to Australia more but it’s 24 hours in a plane, and with three children and my wife and I, it’s not an easy exercise. But I see myself spending more time there as I get greyer and older, which is looming quicker and quicker. But I think this country has great history. The countryside is beautiful. I like the seasons, the change in weather. Don’t get me wrong, I love heat, but you appreciate good weather more when it’s rare.” 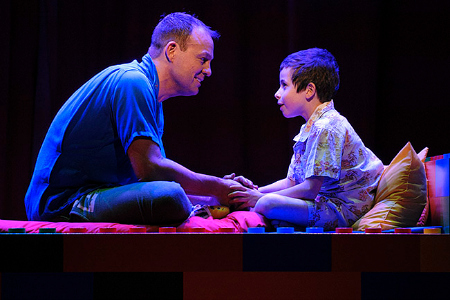 And how about the reception he gets from folk on the streets of London? “People are always very warm towards me. When you’re on television for five years, twice a day, and watched by 20 million people, plus you’ve done a bunch of songs that people know and love, that never goes away, ever.”

We feel like there’s a threat in there somewhere. He’s right though. Plus, from Priscilla Queen of the Desert to Muriel’s Wedding and Strictly Ballroom, the English seem to love nothing more than seeing an Aussie trussed up in skin-tight sparkles and hitting the dance floor. Why is that?

“I think it’s more than just seeing someone in a skin-tight outfit. I think the Australians provide great stories with certain colour. We have a palette in our film-making that is very unique to us, and when we get that right and we stop trying to be like Americans, things work.”

Donovan certainly seems to be comfortable in a bit of sparkle. He donned a variety of sequined/see-through/shiny/all-of-the-above outfits when he competed (and came third) in the BBC’s Strictly Come Dancing in 2011, and the costumes are so outlandish in Priscilla, Tim Chappel and Lizzie Gardiner scooped two Tony Awards for their designs.

Donovan, though, is unfazed about wearing a sparkly crotch box and feather headdress eight times a week: “I just get on with it and try to do my best each night. But the costumes are definitely different. I wouldn’t exactly wear them to the shops.”

Certainly his gay fans are happy to see Donovan embracing his drag queen side, as there was a time he was slammed as being a homophobe. Back in 1992 Donovan got into a legal battle with The Face magazine, which had claimed Donovan was gay and had been lying to his fans about his sexuality. 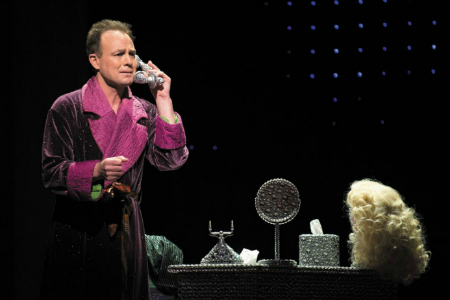 “I sued The Face because they said I was lying about myself, and I wasn’t. Unfortunately, people assumed I was suing because I was worried I was perceived as being gay, and that’s the brush I got tarnished with. Am I proud of that moment? Not really. But does it keep me awake at night? No it doesn’t, because no one has the right to turn around in public and dictate what they think you are. So that’s why I felt vindicated.”

And has his role as Tick helped him to win his gay fans back? “They certainly wouldn’t have cast me in a musical in the West End in a gay role if they thought it was going to inhibit their Box Office ratings. I think it’s well and truly in the past. Those days are gone.”

Indeed, not every straight Aussie male (or gay for that matter) would prance around a stage in full make-up and heels; although he doesn’t worry so much about the finer details these days…

“I used to shave a lot, but as the distance between myself and the audience gets greater with the size of the venue, I tend to not bother as much.” And what do his kids think of it all? “They just think I’m an extrovert and weird and crazy and all those things that I am. I agree with them.”

And when he’s ‘doing Priscilla’ eight times a week, does he hear disco music in his nightmares? “I think I’ve heard I Will Survive enough in my life to not be going to a Gloria Gaynor concert ever again, that’s for sure. I don’t go to the theatre in my spare time. I’m fascinated by current affairs and real-life stuff myself, but I’m very lucky to have found a career that I love doing.” 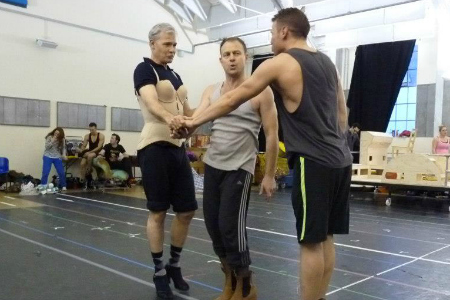 His heart, though, still lies with his first career path: “I’d like to do more TV, more drama. My spiritual home is acting, and the rest is a by-product of that. But as long as I can tell stories and as long as I can perform, that’s what matters. I’ve been doing it for 25 years, I’m self-employed and my credit rating’s pretty good… I hope that continues.”

And, as our interview draws to a close, we have to ask the obligatory question: has he been watching Kylie on The Voice?

“To be honest with you I’m on stage at that time most nights. I think she’s doing a great job, I think all those judges do great jobs; it’s a very credible line-up. I think what The Voice needs to do, though, before it becomes significant, is to find a star, and it’s yet to really do that. Let’s hope this year it might.”

Despite his ‘Kylie and Jason’ days being the springboard for his career, it seems he has little nostalgia for them. Has he at least got some Neighbours memorabilia?

“I’ve kept a lot of stuff. It’s all in storage somewhere in Narre Warren in Victoria. I’m very fortunate and lucky to have been part of a cultural moment. But I certainly don’t pull it out and look at it. I try not to live in the past, I let everyone else do that.”

Jason Donovan will be starring in Priscilla Queen of The Desert at New Wimbledon Theatre from March 10 – 15. For more info and to book tickets, click here.