You’re best known as an actor, tap dancer and TV judge but on August 18, you’ll be playing in a London hospital radio station’s charity football match…

That’s right. A friend of mine made me aware of the charity and the football match [Garcia will be joining Radio Northwick Park’s side as they take on a team of former Arsenal players], and I thought, what better way to help than to play the game I love the most?

I’m probably going to play left-back or as a central defender. Football isn’t massive in Australia – we’re more obsessed with AFL, then rugby league, then cricket and then football – but everyone plays. I was a winger when I was a kid, but by the time I was a teenager, I played left-back. That’s where I feel comfortable – defending. Defending against the might of the ex-Arsenal team.

Pretty well actually, yeah. I have been training at a place called Catz in LA, which is where David Beckham trains. I have a few friends there who are trainers and they have been helping me with my fitness. As long as I am able to run and not have my lungs fall out of my mouth, I reckon I’ll be happy. 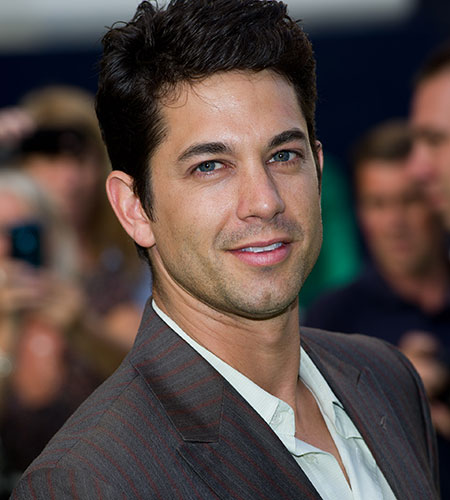 Have you been enjoying any other sports this summer?

I haven’t been enjoying the cricket. We’ve reached a nadir in terms of talent and ability but that’s alright – we’ll come back. I like anything with a ball, really. Put five people in similar coloured shirts, kicking a can down the road, and I’ll watch.

You’ve been in London for 19 years now. Did you ever dream that you would enjoy such a love affair with the city?

Never. I had no plans to come to London but it’s a great city and as soon as I arrived, I knew that I wanted to stay longer. I had no idea it would be this long though!

What do you miss most about Australia?

The beach, the surf and locally grown fruit, like mangoes. I also miss the enormous array of wildlife and waking up to a dawn chorus, instead of just the sound of blackbirds.

Tell us a bit about Camp, the new US TV series you’re starring in…

We shot the show near Australia’s Gold Coast earlier this year, and it’s airing in the US right now. I have no idea whether it will come to the UK. It’s one of those shows that is very American – it’s about summer camp, which the UK doesn’t really have. It’s funny – like a dramedy – and the Americans seem to like it, so hopefully it will find its way to the UK. 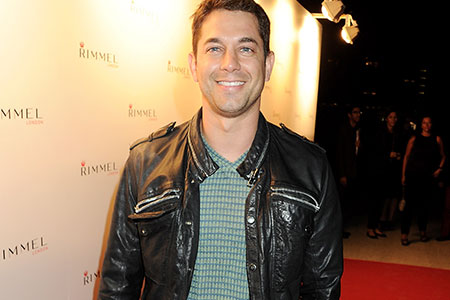 Is TV your favourite medium?

I like the variety of dipping in and out of different mediums, I really do. I love theatre, which was the first thing I did as a performer. There’s something exciting and adrenaline-thumping about being in front of a live audience that you can’t replicate. But then TV and film are rewarding too: you get to do the scenes over and over again in a very specific way and create a story.

What have been your career highlights?

Saturday Night Fever was amazing in terms of being thrown in at the deep end. To lead a West End show at 25… Opening the Sydney Olympics with the rest of the Tap Dogs in 2000 was pretty special. Working with Trevor Nunn was another highlight, and working with Drew Barrymore [in Riding In Cars With Boys] was great too.

Speaking of Drew Barrymore, you have worked with some of the world’s most beautiful women in her, Dannii and Kylie Minogue and Kimberly Wyatt. Who was your favourite?

Drew is certainly up there. She is a genuinely amazing person and because we were playing son and mother, we had this really interesting on-screen relationship that developed into a lovely friendship. Drew is clever, funny and just a very good person.

What’s next for Adam Garcia?

I’m on holiday – woo! I have all of August off, which is fantastic. I’m currently in LA but will be back in London for the football match. Then I’ll hang out with my girlfriend before flying to Australia, in September, to film political thriller The Code for ABC. It’s quite heavy, so very different from what I’ve been doing.

Interview with Funeral For A Friend

Interview: Doug Stanhope on prison gigs and making it in politics