Your new movie You’re Next is a vicious home invasion horror. Have you always been a horror fan?

Totally. I never had nightmares watching horror as a kid. I’d walk into a video store and zone in on the horror section, all the Freddy Kruegers, Jaws, Pet Cemetery, the Chucky movies, Stephen King’s IT – I still won’t walk over a drain in the street, though!

How did you get involved in the film?

It’s a bit different to your last (Step Up 3D).I’m good friends with a lot of stuntmen; I have always had a passion for that [sort of work] and at one point wanted to be a stuntwoman. A friend who is a stuntman in the business knew [the filmmakers] were struggling to find their lead actress, as they wanted someone with a physicality and acting background. And then they asked him if he knew any women in the stunt world …

When did you decide you wanted to pursue acting rather than stunts?

Acting was always first, but I’ve always had a passion for being physical [too]. I grew up a swimmer, a horserider and a dancer. A lot of the time when I fell dancing it was like doing your own stunts, so there was a crossover. And a lot of my friends were in the stunt business. I’d watch them do burn-outs, drive cars off bridges and light themselves on fire and think: “I want to do that.” I’ve always had a lot of energy. 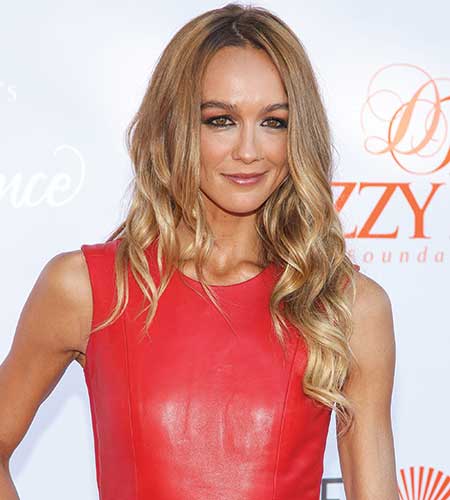 And you need that for this movie. You’re always running …

Yes, always keep running, that was actually one of my mottos growing up. So it was funny that this comes in to the film!

There must have been some tough days filming. Which was the hardest?

I don’t remember there being a tough day, actually. That’s the weirdest part.

Not even when you had to bash someone in the head 10 times?

No, this was the funnest movie to shoot. The only person who was not having a fun time was the director, as he had this horrible toothache the whole time and was on all kinds of painkillers just to get through it. I loved coming on to set and getting into hair and make-up and instead of looking all pretty, getting blood and guts sprayed all over me. We were shooting a horror movie, not a beauty pageant!

What was the best scene to film?

A choreographed three-person fight sequence in this small kitchen at the end of the movie. I had always wanted to work with a stunt co-ordinator like that. We were using all the objects in the kitchen and seeing what we could do with them (kitchen appliances get some very inventive uses, we’ll say that much!). And the other girl who is in the scene, Wendy Glenn, is my best friend and roommate of five years. We’ve lived together in Hollywood before.

You’re Next director Adam Wingard, writer Simon Barrett and many of the cast had worked together before. Was it tough coming into that group?

Only for the first day. I was very aware that Adam and Simon and much of the cast had all worked together before – I was this outsider girl that they only knew from Step Up 3D. The first scene we shot was a big dinner table scene with everyone and there was lots of improvisation. It was like an out of body experience as I’m not an improvistional actor. Watching them deliver these lines I almost couldn’t stop laughing – we had to cut a lot of our reactions out ‘cos we were just laughing the whole time!

How did you get on with the attackers in the movie?

They were such great guys and dedicated to do whatever they had to do – which wasn’t much fun for them, as I had to beat the shit out of them.

And the guy under the tiger mask was writer Barrett …Yeah, but he didn’t want to hurt me. He had to smash through a window at one point and he was so tentative about doing it. I had to encourage him to treat me pretty mean.

You must have picked up some injuries doing all this?

Actually, this was the first film where I‘ve not broken something. I’ve broken toes and fingers before. This time I escaped unscathed, almost. In the dinner table scene I had to throw the table cloth off and dive under the table but I didn’t realise that Amy’s [Seimetz] heel was sticking out. So I got a six-inch stiletto about a millimetre from my eye. There was real blood then. But it’s not a real horror movie if you don’t have at least one injury!

You’re Next is released on August 28 through Lionsgate