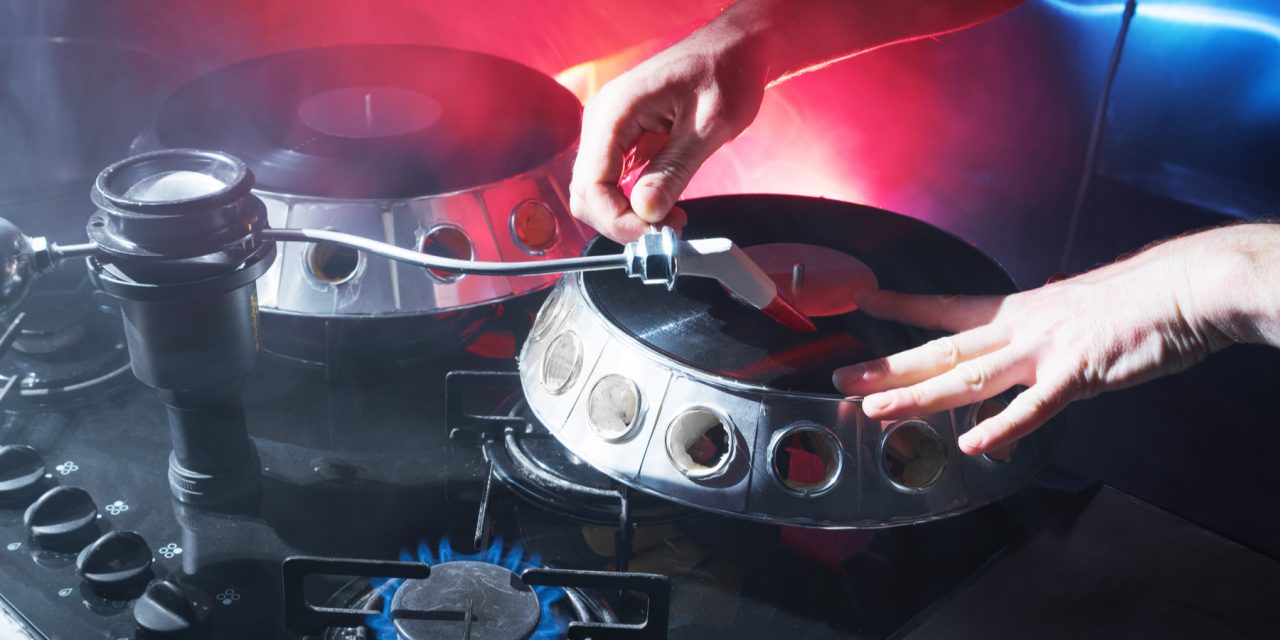 So, Diner, your first cookbook is out now. What made you write a book?
Well I was DJing, which is what I used to do before, and I had just finished my set and I was sweaty and gross and about to head home when I was tapped on the shoulder by a lady. She said ‘I really like your restaurant, I’d like you to write a cook book for me’. I was like okay and gave her my card. Surprisingly enough she got in contact with me later that week. I signed a contract in November and finished the book in January, which isn’t very long.

Who are you writing this book for?
Well it’s an entertaining book and the majority of the recipes are pretty simple and there’s a fun story behind every one. Be it the time I ate something when I was hungover, or hot dogs named after rappers and DJs and why. Really cool, fun shit.

Are you still a DJ?
Yes, I am four nights in the kitchen and then I DJ on Friday and Saturday nights. And I also run a children’s music charity, Heaps Decent, which brings music to underprivileged kids.

What’s more satisfying? Cooking or music?
I think the combination of the two. I think they go hand in hand – you can do one while doing the other.

What is your signature dish?
In the book my favourite dish, and it’s always been my favourite, is the pulled pork sandwich. I was in Memphis with my family when I was 12 and at that point it was the greatest thing I had ever eaten in my entire life. It’s an unbelievably, soft, beautiful, smoky pork roll with slaw and BBQ sauce.

What do you cook when you’re trying to impress a girl?
The thing is, my girlfriend brought out the foodie in me. When we first started dating I remember making things like a pasta dish with all of the weird things I had in the fridge. And she was really impressed by that, so then she would try and impress me and we’d one-up each other.

You’ve got some wacky dishes in your book like a watermelon and bacon burger – where do you get your inspiration from?
I go out for dinner and have a lot of chef friends and they’re always trying crazy things. My restaurant is a take on fast-food and my idea is that if you can have all these crazy, experimental things in fine dining, then why can’t I try and do my take on it with fast food? When we grill watermelon for a salsa, we cut these big strips of watermelon and I used to think it looked like a piece of steak or salmon. So I started marinating it and putting it on a sandwich with bacon. Now it’s one of our most popular menu items. The sweet and the saltiness is a great combination.

What’s the weirdest thing you’ve eaten?
The best weird thing I ever had was in Japan, which was raw chicken and that is something that I would never try and recreate. Think of the best raw fish you’ve ever had and this raw chicken is even better than that.

What are your tips for backpackers who can’t afford to eat properly?
When I was a DJ I used to travel a lot and stay at motels. What we used to do was make sure the motel room had an iron in it and then we’d go to the corner shop and buy a loaf of bread, some cheese slices and butter. You make the sandwich and wrap it up in foil, put some water in the iron and iron the sandwich. It’s amazing. To impress nobody, iron your own cheese sandwich.

In your book you talk about deep-frying Coke. How does one deep fry cola?
It’s a carnival treat in the States, so you’re not just tipping a bottle of Coke into a fryer, you actually make a batter and instead of using milk, you use Coke. It’s a really sweet, Cokey flavour and the batter bubbles up. It’s a hot, syrupy, crunchy dish. It’s really good.

Would you call your food ‘dude food’?
I guess I call it party food. Or I just call it food.

Are you good at matching food with drinks?
Pretty much everything in the book goes with beer. It’s definitely the drink of choice. You’re meant to cook outside, well I think it’s the best way to cook and the best thing to drink when you’re outside is beer.