Now though, with an enriching trip to their second home South Africa, some hard graft and confidence-affirming pre-season matches behind them, they’re hungrier than ever.

Speaking ahead of their 61-3 demolition of Championship side the Cornish Pirates at the Honourable Artillery Company in London on Thursday, centre Brad Barritt reflects a steely glow coming from the Men In Black’s camp.

“There’s a renewed confidence and stern determination in the squad this year,” says Barritt, fresh from playing in a winning Lions tour against Australia after a late call-up stopped his Hollywood holiday short. “We’re, as always, looking to go onto bigger and better things.” 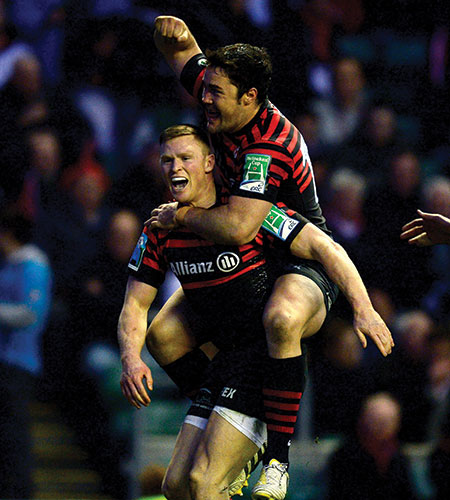 Top of the ladder in last year’s Premiership Rugby season, they didn’t turn it into a grand final win, falling at the second-to-last hurdle when they were ambushed by Northampton in a semi-final first half barrage they couldn’t recover from. It was their first defeat at their new HQ, Allianz Park, and Saints would go on to be undone by Leicester Tigers in the final.

“That’s the beauty of rugby,” Barritt concedes with his glass half full. “Any team on their day, irrespective of where they are on the ladder, can hurt you. Northampton turned up that day, played fantastically and did a job on us.”

In the Heineken Cup, Sarries finished top of their pool ahead of Irish giants Munster and fought past that team’s rivals Ulster in the semi. Again, they fell one game short of the big show. In their ‘home’ semi at Twickenham against slick French moneybags Toulon they were beaten 24-12. It’s all fodder for motivation, Barritt explains. 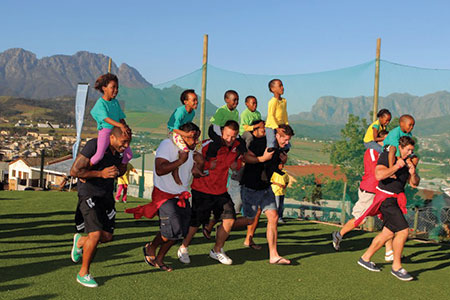 “Last season has made the squad a lot more hungry,” he insists. “We know we played some brilliant rugby, but that all amounts to nothing if you can’t come through in those big moments. That’s what we’re preparing for this year.”

That preparation again heavily featured South Africa, where a large slice of Sarries’ top talent hails from – including Schalk Brits, Neil de Kock and Alistair Hargreaves, along with SA-born England stars such as Mouritz Botha, Matt Stevens and Barritt himself. It’s also the base of the club’s major shareholders and some significant charity connections.

One warm-up game in Durban (where Barritt was born) against 2012 South African club champions Jonsson College Rovers was played on John Smit Rugby Field, funded by and named after the Sarries and Springboks legend who left the club last year to become CEO of Super Rugby franchise the Sharks.

It stands on the Lungisisa Indlela Village (LIV), its mission being to turn around the lives of vulnerable children. They also visited the Little Champs project in Kayamandi, a children’s sport charity where kids play on the ‘Saracens Field of Dreams’ artificial pitch. “It’s so rewarding to go to these places,” Barritt says. “It’s all part of the preparation.” 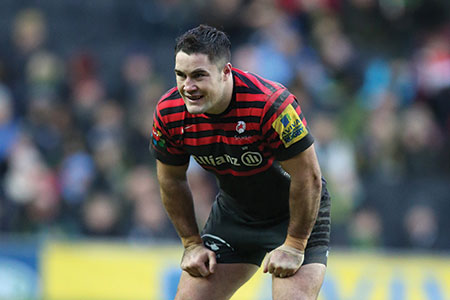 Then it was off to the Nambiti Game Reserve for three days. “Downtime to get to know each other better is a strong thing at Saracens,” Barritt says. “We believe friendships off the field will ultimately make the team stronger, so two days in the bush together is as good as that gets.”

Despite the strong South African connections since Francois Pienaar joined the club after the 1995 World Cup, such distinctions don’t represent the squad’s worldly flavour.

“It’s natural with how the club went, in terms of how it’s made up, but we’re still very much an English club,” says Barritt, one of 12 Sarries players born in South Africa, Zimbabwe or Namibia. “We equally have players from Wales, Scotland, Fiji, Tonga … so it’s very much a cosmopolitan club.” Add to that Samoa, Ireland, Argentina, New Zealand and the US and players such as Jackson Rae and Will Fraser who have graduated from the Saracens Academy.

The 2013-14 campaign starts with the London Double Header on September 7 at Twickenham where all four London Premiership clubs open their seasons back-to-back. 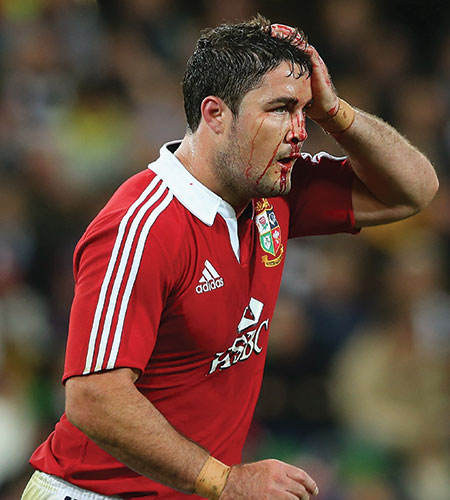 New blood: Barritt as a Lion

Saracens play London Irish before Harlequins take on the London Wasps. “It’s a great way to kick the season off. To get all four London teams out on the pitch on the same day is brilliant for players and fans,” Barritt says.

Last year’s season opener was a one-sided affair, with Sarries smashing Irish 40-3, but Barritt isn’t expecting the same. “They finished the season off strongly and have got a few new faces in the squad, so it’ll be a tough encounter,” he says. Quins edged out Wasps 42-40 in their 2012 clash.

As the Premiership gets going, Sarries’ Heineken Cup chase begins. They’ve drawn Connacht, Zebre and Toulouse, starting away at Connacht on Oct 11 before a return leg at Wembley on Oct 18. Of them, only Toulouse finished in the top two in their pool last year and they didn’t make the quarters.

Confidence is being kept quiet at Sarries, though. “It’s great to play teams who haven’t been as strong in the Cup, but they’re hard away fixtures. Connacht is tough to go to and I’m sure Zebre will be. Toulouse are a force in Europe, so we’re going to have to be exceptional to win that pool.”

Better than ever squad depth will make the difference for Sarries, says Barritt: “We have a fantastic squad, being together for three years with the young guys who’ve come through. We’ll be fresh and ready to peak when we need to.” 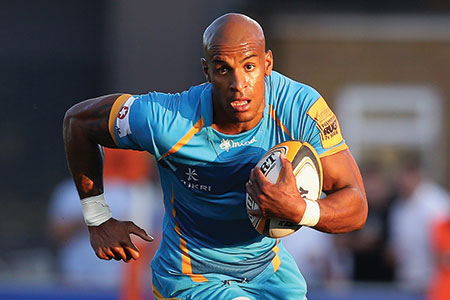 Wasps plan to sting back: Can pain fix poor finish?

Premiership Rugby sides need no added inspiration but London Wasps’ disastrous eight-loss run at the end of last season that led them to eighth gave them plenty to think about during an epic 14-week pre-season.

Now Tom Varndell says his side will accept nothing less than a top-four finish as they prepare for the season opener against Harlequins, the second game of the London Double Header at Twickenham on Sep 7.“We’re definitely a different team this year,” the joint top try-scorer last year said.

“We’ve signed a lot of players and they have settled in well in the games we’ve had. To drop off the way we did last season was really disappointing and that’s one of the reasons why we’ve come in so early to work on our fitness and hopefully we won’t have that problem this year.”

The Wasps have “experienced some pain together”, now they’re ready to inflict some on their London rivals.