After surviving a tricky period in the fading light last night England started this morning looking to give themselves a firm platform.

Alastair Cook and Joe Root left the ball determinedly much for of the first session.

The England openers were happy to nudge and nurdle the score along, and soon notched England’s highest opening partnership of the series, a mere 48.

Australia reviewed a decent looking lbw shout against Cook, which according to the DRS pitched outside leg.

Cook passed the 20 mark and then appeared to get thoroughly stuck, and it could well have been the pressure of his slow scoring that saw him dangle his bat out towards a tempter from Ryan Harris, with Haddin collecting the resulting edge comfortably.

It was another frustrating innings for Cook, who’d looked to have got his eye in, before his defensive tendencies took over putting himself under a pressure he eventually submitted to. 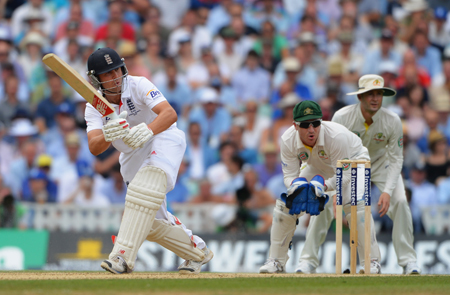 Trott came in and scored at a glacial pace as Root kept England’s score just about ticking over.

The Yorkshireman reached his 50 just before the lunch break, which England arrived at for 97 with Root on 52 and Trott on nine.

Root was out cheaply shortly after top edging a sweep to Shane Watson off the bowling of Nathan Lyon. 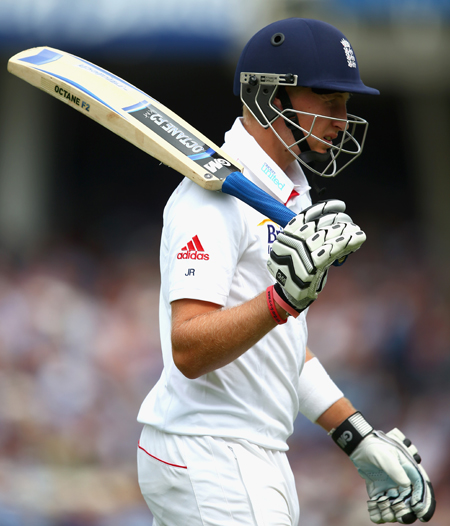 Even Kevin Pietersen seemed to be playing with uncommon prudence.

He and Trott ambled along for a while, steadying the ship and deadening the Aussie attack, which despite Michael Clarke’s inventive captaincy was lacking potency.

It looked like they were treading water until the new ball. As a result Pietersen eventually picked up his scoring rate as was beginning to look in decent nick. 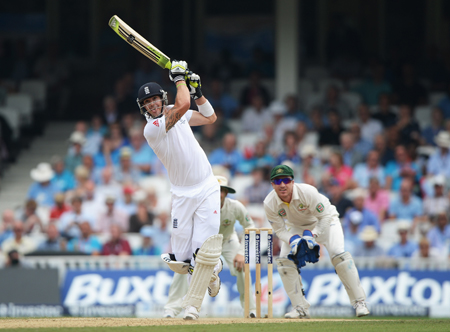 The new ball came and Trott promptly went, falling lbw to one that nipped back from Mitchell Starc. England’s number three reviewed it, perhaps on the strength of the time it took for the umpire to come to the decision, but following the review Trott was trudging back to the pavilion. 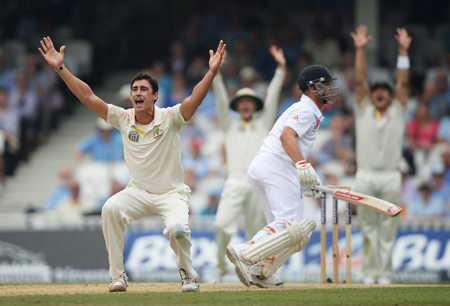 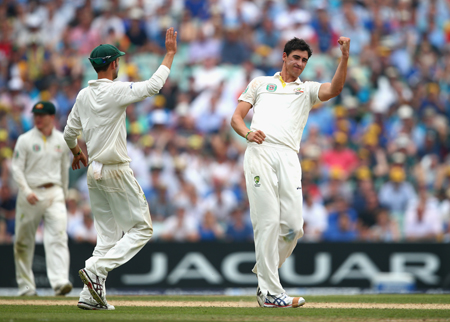 Ian Bell survived six balls before tea, with England reaching the interval on 181 for three.