Your character Frances is trying to find her way in her twenties and struggling with childhood friendships that are changing as she gets older – what are the similarities between her and you?

That’s a question I totally understand but at the same time it is completely foreign to me. Both Noah [Baumbach – filmmaker, The Squid And The Whale] and I put a lot of ourselves and our experiences into the script but then there are a lot of other things that you make up that have nothing to do with our lives.

Is there more pressure on young people these days to have it all figured out?

We’re given more time but there is also more confusion these days. Yet, in other ways, it’s a hyper-competitive, driven world. There are fewer jobs for more qualified people meaning everyone is competing at a high level from a young age.

Do you think people worry about being left behind?

It can feel like, if you haven’t found your place by the end of your twenties, then you’ve missed the boat and been left behind by the world as everyone else has figured it out. 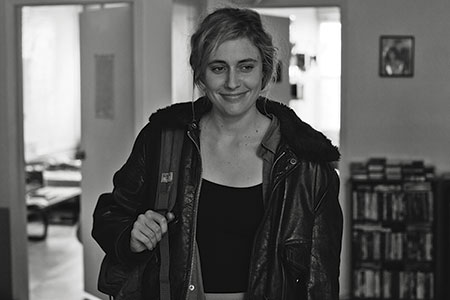 How were your twenties?

Very different [to Frances’]. I had more tangible success in my chosen field than she does [as a budding dancer] but I empathise with her plight.

Did you do a lot of improvisation when shooting the film?

Noah and I didn’t improvise at all – we don’t do that on his movies. It is not a part of what is interesting to us.

So you stick rigidly to the script?

We try to make every document as perfect as we can and then insist every actor says their lines as they are written. Improvising can be interesting but it is not what we wanted to do with the film – it is not how Noah works or how I am interested in working. We’d spent about a year writing the script to be very precise.

How did you find shooting on the busy streets of New York City?

We shot for 50 days for 14 hours a day doing 30-40 takes [of each scene], too. Once we entered the New York streets there were all these things we couldn’t control which made shooting more difficult but it also meant that we had actual life in the movie.

I can always tell when there are movie extras in a film because they’re always doing something that’s totally fake – it doesn’t look like the wayI think of New York as being.

Did you look to any other movies for inspiration?

Yes, from some of the films in the Seventies where they shot on the streets. Like Martin Scorsese movie [celebrity satire] The King Of Comedy. Robert De Niro is out on the streets and sometimes people just look in the camera but it is OK because you know he’s actually out there on those streets. It’s thrilling and that was the feeling we wanted. But it can be chaotic.

Why did you choose to shoot in black and white?

Noah brought it up early on. It felt very intuitive to make it that way, and it also felt exactly what the movie should be like – both beautiful and nostalgic. It is a personal story about a difficult year in Frances’ life, but we wanted it to look like the sort of film Frances would never have envisaged herself being in. As the filmmakers, we could almost take of her in that way. 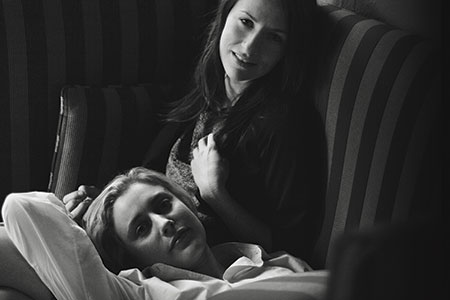 How did you go about this?

We wanted the kind of black and white that [legendary cinematographer] Gordon Willis [The Godfather; All The Presidents Men] got when he worked with Woody Allen [Annie Hall; Manhattan]. This silvery warm black and white.

When did you decide you wanted to play the role yourself?

I had a moment of being nervous. I was proud of the screenplay but didn’t want to win the role by default and I didn’t want to muck it up in any way. I wanted to be open to the possibility that I might not be the best person to play this part.

So what changed your mind?

Then my agent and said “are you stupid?” By the time your agent is calling you stupid then you have to think about it!

Interview: ‘Australia is such a friendly place’ says The Starsailor frontman James Walsh