He has travelled on the Starship Enterprise, fought alongside Gandalf and taken potshots at Jason Bourne. Yet, for all his franchise hopping, Kiwi actor Karl Urban has remained well below the celebrity radar – which is just the way he likes it.

“I try to keep a pretty low profile and I don’t put myself out in the media or try to become a celebrity,” explains the actor, who lives in Auckland with wife Natalie and teenage sons Hunter and Indiana.

“Part of that is about protecting my children. I want to ensure that they have as normal a childhood as possible.”

It is becoming increasingly tougher for Urban and his family to dodge the spotlight, though.

Having been part of large ensemble casts in the last two The Lord Of The Rings films, Star Trek and The Bourne Supremacy, the actor this month takes centre stage as UK comic book icon Judge Dredd in Dredd 3D, one of the year’s most anticipated action movies. 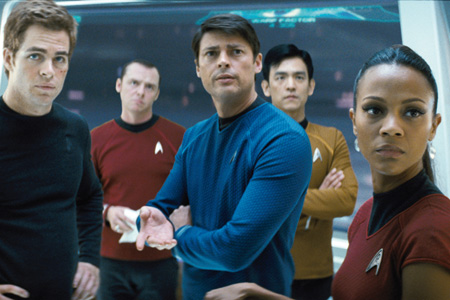 With fanboys’ fingers hovering above their keyboards, ready to lash out if Urban’s portrayal of the futuristic cop does not do justice to the revered source material, the pressure is on like never before. But if the 40-year-old is feeling the heat, he’s not showing it.

“To be honest, the pressure I felt was from myself. When I’m making a film, I am just concentrating on making the best choices I can,” he points out.

“I don’t take too much time to think about peripheral elements, such as other people’s reactions. I just wanted to make sure that I got things right.”

Dredd-heads can rest assured that Urban has done everything in his power to make his version of the Judge very memorable, starting with a gut-busting fitness regime.

“Dredd cuts a very imposing figure in the comic books so I worked intensively with a trainer for 12–15 weeks and got into fantastic shape, the best shape of my life in fact,” he says.

“Half of getting into shape is eating the right food, so every two hours you have to feed your body the right nutrients in order for it to respond and for the muscles to repair and grow. Staying in shape is a full-time job and one that I don’t particularly enjoy.” 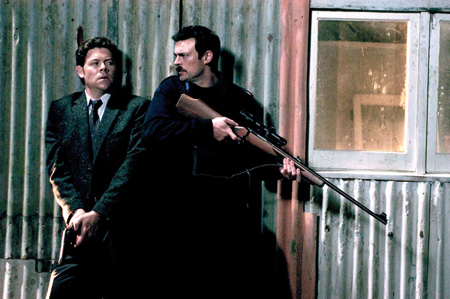 Another challenge was the fact that, unlike the derided 1995 Judge Dredd film starring Sylvester Stallone, Dredd does not remove his helmet at all in the new movie.

“As an actor, your eyes are one of the most valuable tools,” Urban says. “So it was certainly tough working on a project where I was denied the use of them. Working on Dredd 3D was very intense, but I thrive in that environment.”

Making the film was a particularly satisfying experience for Urban because of where it was shot. To give the movie a distinctive look, the team behind Dredd 3D opted for Cape Town as a location, a choice that suited the actor down to the ground as a rugby-mad New Zealander.

“As a Kiwi, there is this instant connection culturally with South Africans because of rugby,” he says. “It’s a wonderful bonding agent. I went to a rugby game at Newlands while we were filming and it was fantastic.

“I have a lot of people in South Africa who owe me vast amounts of cash from bets we made during the World Cup.

I made some wonderful friendships out there. Discovering new countries and cultures and meeting new people while working in interesting locations are aspects of my job that I enjoy. Being an actor is a great ticket to see the world.” 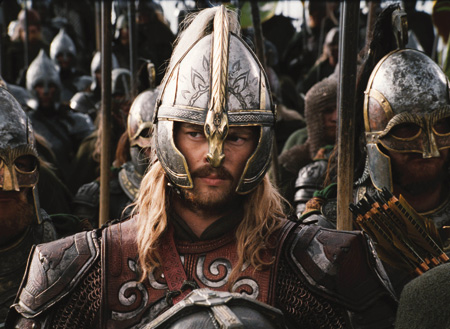 With Urban spending about half the year away from home, juggling fatherhood and a career is not easy.

“Finding that balance between being a father and working is incredibly important,” he says.

“Typically when I start a movie I will do all the pre-production stuff and then at some point I will bring my family out.

“Once I’ve established the character and have found

a good footing, I bring them out and we get to spend some time together just like a regular family.

And if they can’t get to me, I will fly back to New Zealand as often as I can. It can be tricky, but you have to make it work.”

While moving to Los Angeles might cut down on his travel time, Urban, who was born in Wellington, has no plans to leave the country that has acted as inspiration to him his whole life.

“Growing up, I found New Zealand to be a very creative environment for many different reasons,” he says.

“I had a lot of friends who worked in the film industry and I was around them a lot growing up and I fell in love with the medium. I was always interested in watching people and analysing why people did certain things.

Me gravitating towards acting was born out of that curiosity.” 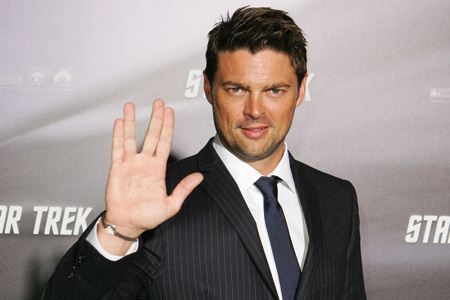 Since choosing acting as a career, Urban has made steady progress towards stardom, first appearing in TV series such as Shortland Street and Xena: Warrior Princess, before landing his first Hollywood role in Ghost Ship in 2002.

He caught the eye as Eomer in The Two Towers and Return Of The King and as an assassin sent to kill Jason Bourne in The Bourne Supremacy, before going boldly into space as Dr Bones McCoy in blockbuster reboot Star Trek.

With the actor following up his high-profile stint as Judge Dredd with another ride on the Enterprise in a Star Trek sequel, you can’t help but think that Hunter and Indiana Urban must be bragging about their dad to their schoolmates.

Their dad, though, won’t allow them to ever behave like celebrity sprogs.

“When it comes to my kids, I have a real concern that too much emphasis is placed on what their dad does for a living,” he says. “I really want them to grow up like any other children.

Their dad just happens to do job that people find interesting and want to know more about.”

Dredd 3D is released on September 7