Haha, that was probably the last one they did there. They got too many noise complaints and shut it down after that.

Where did you get the idea to combine old public service films with new music?

A Radio 4 show that mentioned a release of BFI archive films and Rick Prelinger, the curator of a US archive. I made a song out of an old film called Coughs And Sneezes Spread Diseases. I thought a concept album where each song was a public service information film was a terrible idea but I did it anyway!

Do you look for particular things in clips?

I look within a genre and have a rough idea about what a song needs to be about. There’s a song called The Now Generation, a tongue-in-cheek fashion song skewed towards the corduroy end of the market. I was looking for kitschy Sixties and Seventies footage and found a film that was all about corduroy! It was just really lucky. 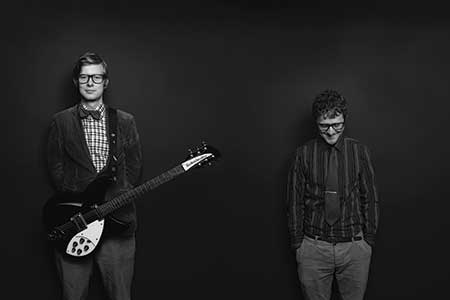 I saw an appalling film called Boys Beware about the fear of sexual predators. I wanted to do a tongue-in-cheek update to celebrate everything that’s changed. But it was hard to do that and be clear that was the angle I was coming from.

What are your musical influences?

My background is guitar music. Oasis ignited that teenage spark to get into music. One of the influences has been a Jamaican dancehall compilation. And on Spitifre there is a load of Krautrock – I didn’t want a song that just celebrated the English side of the war so I put a Krautrock beat on it to celebrate culture since.

Yeah, the Highlands dates are really exciting, we played a festival in Ullapool last year and the guy who booked us said he had a great run of Highlands dates that the Mumfords, Jake Bugg and Paolo Nutini had done. So that’s what we’re doing before the tour starts in Edinburgh. It is a beautiful country, and the whisky there is great! 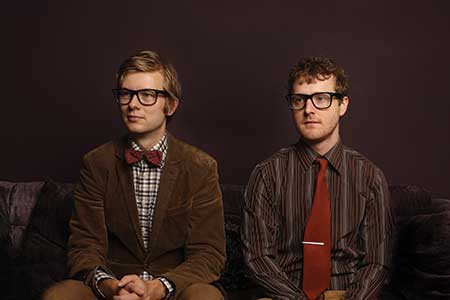 Which fests are you looking forward to?

Glastonbury – it’s the one every band wants to play. Our eccentricity should go down well!

Did you go to festivals a lot as a punter?

I always had a great time at Bestival – I saw the Beastie Boys there in 2007 and they were amazing. I went to Glastonbury in 2005 but woke up one morning to find we were totally flooded. My advice is to camp at the top of a hill!

Inform, Educate, Entertain is out May 6.