What motivated this project?

I was dog sitting my niece’s dog, while in this melancholic slump, and the dog was just oblivious. Totally fine, happy, in the moment, no worries. And I had that thought: ‘You’re so lucky! I wish I could be you for a bit.’ It’s a thought I remember having when I was a child too; ‘If only I was the pet cat, then I wouldn’t have to trudge off to school in the cold’. 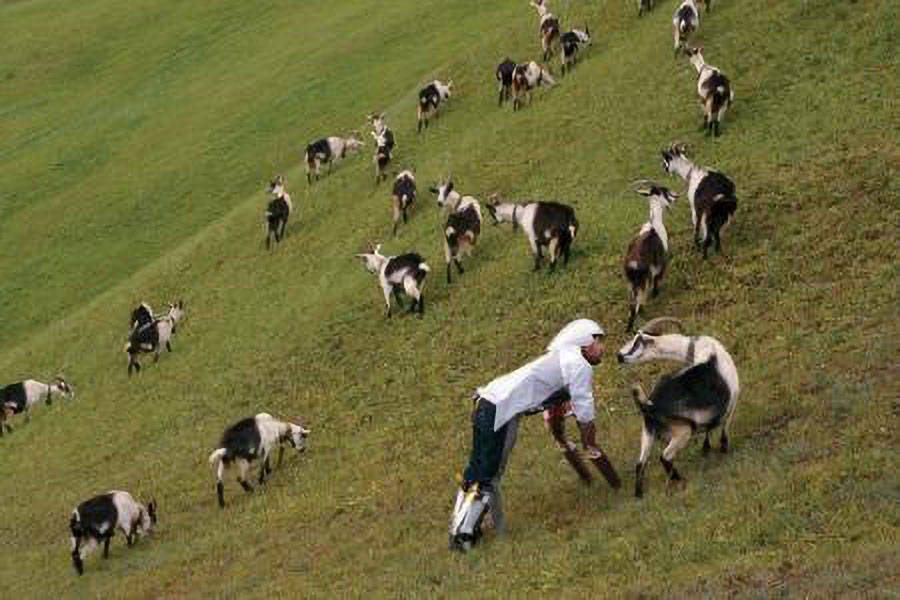 How long took the preparations?

I guess about a year, with all the research and so on.

I actually started out by trying to become an elephant, for practical reasons. But then I actually went to see some elephants, in the wild and in zoos, and found that they’re such emotionally complex and intelligent animals. They seem to suffer from post-traumatic stress disorder when one of their family is killed by poachers, and when kept in confinement in zoos they often become mad (being an elephant keeper is the most dangerous job in the USA). They are, I decided, almost too human. I went to visit a shaman, and she told me I should try and become a goat. I think she was quite right to.

How long did the project take?

I guess about a year, with all the research and so on.

How long were you a goat?

Three days with a Swiss goatherd, and then three days trying to live as a noble alpine Ibex trying to ‘cross the alps.’

What was the goal of this project?

I guess the goal, as well as escaping from all the ridiculous trauma of being such a self-conscious animal as a human, is to obliquely explore this idea of the post-human / trans-human.

Did you eat grass?

I ate quite a lot of grass from the pasture, but mammals don’t produce the enzyme that digests the cellulose in grass. Goats and other ruminants have a rumen which is filled with microorganisms (bacteria, fungi, etc) which can break down grass. I was consulting with some biologists who specialise in ruminant gut biology. They were great, and showed me around their lab and how the artificial rumens they use work. But they got very agitated when I said I actually wanted to eat the product of my homemade artificial rumen. There was some question of whether I could accidentally give myself a long term gut disease. I still had a sort of artificial rumen, which I spat my chewed-up grass into, but I had to resort to cooking what I had collected at the end of the day in a pressure cooker, to avoid giving myself worms or something much worse.

What was the most challenging part of being a goat?

Definitely trying to go down mountains on four legs, closely followed by trying to ‘cross the alps’ on four legs to fulfil the conditions of my Wellcome Trust arts grant.  It was much more painful to be on four legs than I imagined. In fact, becoming a goat was much tougher physically than I thought. If you look at the skeletal anatomy of many mammals, they seem so similar to humans: there are homologous structures, because we evolved from a common ancestor. However, there are obviously differences too, and these quickly make themselves known as pain.

What was the best part about being a goat?

I think I had made a goat friend. They’re social animals, and have a strong hierarchy, so will fight, butt heads, and so on (they’ve even been known to break each others’ legs), but they also tend to have friends—goats they get on with and hang around with. I think I kind of made a goat friend: she was always following me, grazing nearby, and so on.

How did the other goats react?

There was a moment though where I looked up and saw I was in the middle of the herd, and everyone else had stopped chewing and was staring at me. It was like I’d inadvertently committed some sort of goat faux-pas. Their horns suddenly looked pretty sharp. This was a scary moment really. But then, a single goat, my goat friend I think, walked right through the centre of the silent staring herd and sort of diffused the tension, and we all moved off along the hill together. When I was leaving the goatherd said that he thought that the herd had accepted me in to their social group. And he even put one of his goat bells round my neck.

Tell us about your prosthetic goat legs.

I made the back legs and other pieces, but the front legs were made by a Dr. Heath at a prosthetics clinic. He usually makes prosthetics for amputees/people with body disabilities, but he agreed to make me some front legs because he’d started out as a Zoologist. The front legs use the same materials and parts as used in prosthetic legs, and are extremely robust as I needed to use them in my attempt to cross the alps as a goat. The back legs use parts from jumping stilts, as I was trying to make them springy enough so I could gallop along, completely free.

What have you learned?

It has let me develop this methodology of exploring the area between the arts and the sciences. I’ve always been frustrated that schools tend to split these subject areas up. I think they’re both interesting and necessary.

I did get a new perspective on the world though. Being on four legs, amongst a herd, at the same level as everyone else, you really realise that to the goats, they’re the people. They’re goats and we’re non-goat animals if you see what I mean.

Would you have extended the experiment if circumstances allowed?

Yes, definitely. But the circumstances would’ve had to have been that my prosthetics and such were so good that I could truly live my dream and gallop through the fields, enjoying just eating grass!

Are there any other projects you worked on?

Well I took nine months and spent thousands of pounds trying to make an electric toaster from scratch. I would say it’s the world’s most expensive toaster, and is the most inefficiently produced with the highest carbon footprint. I was trying to understand how it’s possible that these ubiquitous objects can cost just a few pounds, when at some point the materials were deep under the ground and so on. 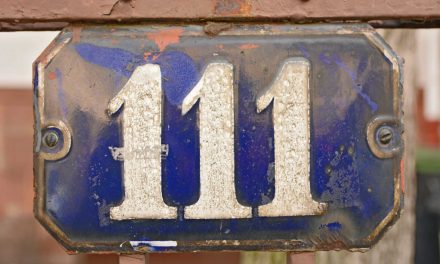 A Guide to Angel Numbers