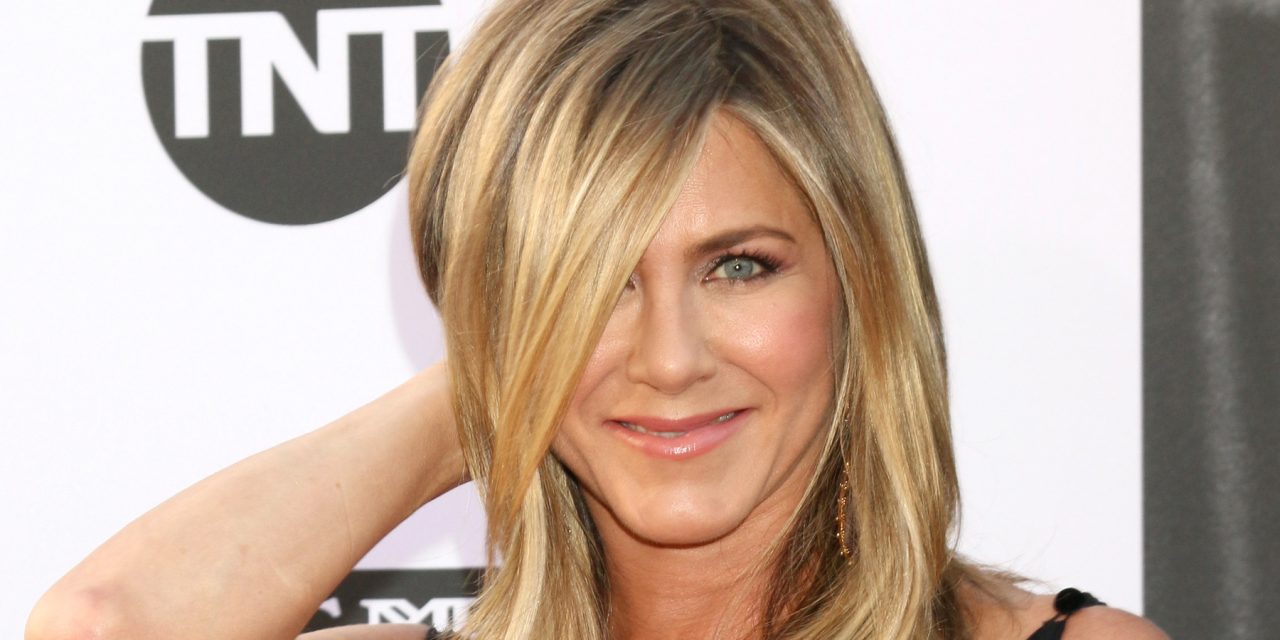 From Rachel in Friends to a nympho dentist in her new film, Jennifer Aniston tells us why she’s having the time of her life.

It might be seven years since Jennifer Aniston last enjoyed a cup of coffee with Friends in Central Perk, but the actress is still struggling to get out from underneath the shadow of Rachel Green.

“I get people still referring to me as Rachel,” the star says with a shrug, before pointing out that she also still harbours a lot of love for her famous alter-ego.

“I look back at Rachel fondly. She was a lot of fun.” Fun or not, the star is seemingly hell-bent on shaking the restrictive girly-girl image that people associate with Rachel Green. The outfit she is wearing today – a figure-hugging leather dress – is a statement in itself.

Then there’s her latest film, comedy Horrible Bosses, in which the actress plays a character so raunchy, it will change the way you look at her.

Aniston stars as Dr Julia Harris, a nymphomaniac dentist who will do everything to get her assistant (played by Charlie Day) into the sack – including spraying his crotch with water to try and see his equipment.

For Aniston, playing Julia was clearly a liberating experience.

“I thought it would be a fun challenge to step out of that thing, what people usually like to see me play,” she explains. “I have never come across anyone like Julia, so it was pretty much just kind of going into my dark imagination and seeing what I could come up with. It’s so outrageous and it’s limitless and you don’t worry whether you are being inappropriate at all. I loved that.”

Aniston admits that shooting some of the more racy scenes had her blushing. “It was embarrassing for me too, having met Charlie Day for one day, to then straddle him in underwear,” she says with a smile. “I was embarrassed for myself.”

Aniston certainly has nothing to be ashamed of when it comes to revealing her figure on screen. The 42-year-old actress has never been in better shape.

“For the age of sixty I’m doing pretty good,” she chuckles “No, I think that I absolutely get more comfortable in my body and who I am as I get older, way more than when I was in my twenties. I was just so awkward and uncomfortable.”

And the secret behind her fantastic figure? Lots of yoga and the drive to work out as much as possible. 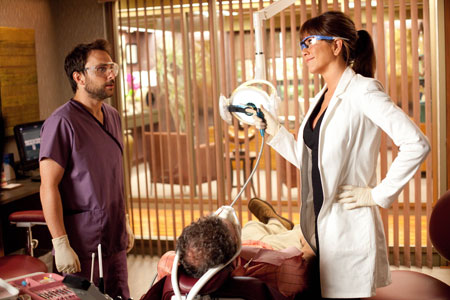 “I try and keep fit regularly,” she says. “Keep in good health and in good shape and those [revealing] scenes don’t terrify you as much. I think it’s better to consistently stay in good shape so that you don’t have to go crazy [in the lead up to a film].”

Julia Harris is such a departure for Aniston you have to wonder whether her hardcore fans will be shocked by her change in direction. The actress is confident she hasn’t lost any support.

“Are people upset that I abandoned Rachel?” she says pondering the question. “No, nobody is upset about this. I certainly didn’t worry about doing the part at all. That was the fun of it – how far it went. I really went for it. The entire movie went for it. It’s not ‘Sort-of Horrible Bosses’ – they are really horrible.”

Playing against type has paid off handsomely for Aniston, with many critics praising her outrageous turn. Gettingthe thumbs-up from the press is somewhat of a new experience for an actress who has been savaged for her performances in turkeys like The Bounty Hunter and Just Go With It. Clearly, Aniston has been stung by some of the things that have been written about her.

“Critics are so inconsistent,” she sighs. “It really feels like it’s personal digs as opposed to constructive critiques of performances. It’s very personal.”

Despite what critics say, Aniston has made her mark as an actress – quite literally. Recently she was invited to leave her handprints in wet cement outside the famous Grauman’s Chinese Theatre in Hollywood, where she was honoured for her accomplishments – an experience the star describes as: “Wonderful, surreal and a complete honour.” 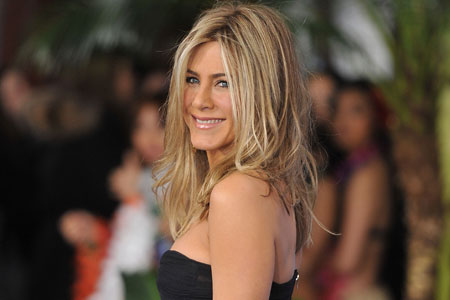 Aniston is also committed to growing as an actress, saying she would be happy to step on to the stage.

“I started in bad theatre in New York, public theatre and things that aren’t remembered,” she says. “I love the theatre and I would love to go back to it if the right thing presented itself. I just have to learn to sing which would piss you off.”

Whatever she tries next in her career, Aniston’s every move will be followed by a legion of female fans, who really identify with her. The actress seems to be at a loss as to why she is such a female icon.

“I never know how to answer that question – they like my shoes and they like my hand-me-downs? No, I don’t know. I love girls,” Aniston says, only to instantly realise it’s the sort of comment that could be twisted into a sensationalist tabloid headline. “Oh great. Yep, I said it. I love the girls.”

You can understand why Aniston is so bemused when it comes to the media. This, after all, is a woman who has ?been hounded and dissected for 17 years – from her hairstyles and clothes to her failed marriage to Brad Pitt and apparent inability to stay in a relationship for any great length of time. It is perhaps why Aniston – who is currently dating actor Justin Theroux – comes across as guarded, if very friendly, and why she has recently decided to step out of the limelight and a take a break from acting.

“I want to travel and live a little,” Aniston, who reportedly could be taking as long as a year off, shrugs. “I’m just going to take a break and sort of not know what I’m going to do. Which is the fun part.”

Interview with the Creators of Beached Az 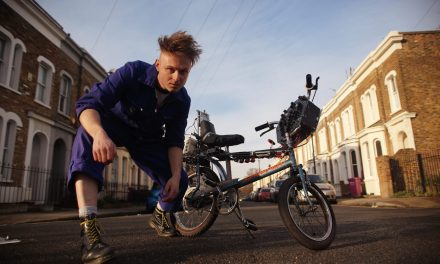