They say the most effective way of treating a problem is by getting to the root of it and eliminating it from the inside out; John Butler of Australian indie-roots collective John Butler Trio completely agrees.

Having spent the last 15 years cementing a reputation for strong social, political and environmental leanings through his music, Butler claims he’s come to learn a thing or two in the process – namely, that complaining about something only gets you so far. Taking a closer look at things and attempting to understand them first, however, is much more likely to lead to actual solutions.

“I’ve distanced myself from that very blunt sort of approach in my music,” Butler reveals. “You can get up on that stadium and talk about politics, the environment or whatever, but I’ve realised that can also start to seem to people as a bit pretentious and condescending. I’ve come to realise that talking about something more expansive and wide is a better way of looking at issues in the world. The other thing is, as you keep travelling down the road on your journey, you learn more about the path you’re taking, and I just didn’t want to keep writing the same song over and over again. Like, ‘Hey man, why are you ruining the world? You’re a dick!’ – I used to write songs like that back in the day, but there is only so much you can achieve with that approach. I’ve been about as poetic with that subject matter as I can be.”

With sixth album Flesh And Blood, Butler claims he is digging deeper under the layers of humanity and exploring what makes a person do certain things, rather than merely pointing out their faults and calling them out on their failings. An intimate and raw affair, John Butler Trio’s new record comes as a result of some very important epiphanies.

“I’ve realised that it’s more important to ask why people do bad things in the first place instead of just criticising them when they do so,” the frontman says. “I’m less and less interested in just saying, ‘Oh, greedy people destroy society and the planet for their own needs and addictions’, and I’m a lot more interested in asking, ‘Well, why would human beings do that in the first place?’. Is it because they didn’t really get the love they needed growing up? Are they trying to fill a hole they could never fill through addiction to money? Maybe this politician is a dick because his dad didn’t treat him very well… I’d rather write a story about that because I think it’s more interesting, tangible and I think more people relate to that approach.”

It’s worked extremely well for fellow Australian artist Paul Kelly and American singer-songwriter Gillian Welch, both of whom have gone on to develop successful careers and loyal cult followings thanks to their raw and heartfelt lyrics. And while Butler is still very passionate about issues affecting Australian society, he claims he is now more focused on expressing his love for his country and concern about its future through poetry. 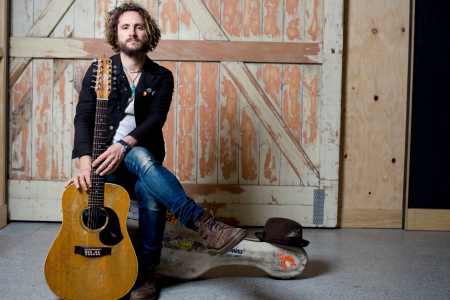 “Just listen to Paul Kelly or Gillian Welch,” he suggests. “The poetics and the songwriting there is just amazing. I can’t tell you how much I love the way these people can paint you a picture of this guy in jail over Christmas or something, but at the same time they’re really painting a much larger picture about society and us as human beings. The more complex human stories are responsible for the reasons that we go to war, kill one another, commit fraud, violence, destroy the environment – you name it. With my songs, I would much rather start from the heart and work outward as opposed to starting from the bullet and working inward. For years and years I wrote songs the other way around.”

But it’s not all about war and destruction on Flesh And Blood – though the record delves into the darker side of human nature, it equally celebrates love, connectedness and the beautiful things in life. In a nutshell, it’s everything we’ve come to love about John Butler Trio, with the addition of more “open” lyrics, as well as the inclusion of a brand new group member.

“There is a lot of emotion on this record in general. There are songs inspired by things I’ve witnessed in my life, dealing with the positive things but also with experiencing depression. As a human being, I’m definitely swayed by the subject of love and relationships, especially over the last 12 years because I’m married and I have a child. I’ve also worked with my brother-in-law [former drummer Nicky Bomba] for quite a while, so family has always been at the centre of my life.

“Nicky and I recorded three of my albums together but lately there has been a lot of momentum with his other band, Melbourne Ska Orchestra, and I’ve been watching that build over the last couple of years. Just before we kicked off Flesh And Blood, I told him it made no sense for him to concentrate on my band instead of his and I encouraged him to say ‘yes’ to all the opportunities that came his way.”

Meanwhile, Butler would take a metaphoric leap off the cliff and put faith and trust into the universe to take care of the next chapter of his own band. The universe was certainly listening because Butler landed on his feet quite nicely after coming into contact with drummer Grant Gerathy – a man he describes as the perfect fit for his band.

“Introducing Grant with all his funk and flavours to all our fans is a real thrill. I’m really looking forward to touring with him and doing this mighty European tour. I’m still taken aback that the audience continues to grow after 15 years. It’s incredible how passionate the fans are so far away out of Australia. In many ways, it feels like this is the beginning for us.”

Flesh and Blood by John Butler Trio is in shops now. 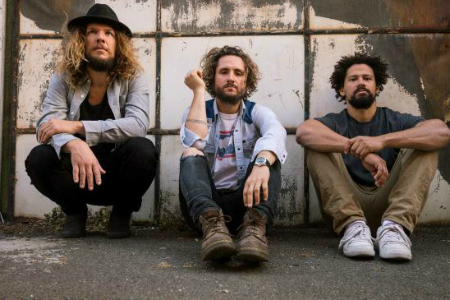 Interview with The Loved Ones’ Robin McLeavy