Canterbury tales: A guide to New Zealand’s Christchurch and beyond

The gothic, solid stone buildings look English, the streets have English names and English trees flourish along the banks of the Avon River. Christchurch even claims to be the most English city outside of England, and if you look at Old Blighty’s multicultural mixing pot, Christchurch is probably more English than England.

When people talk about NZ’s “culture,” most will assume the reference is to Maori history. There’s much more of that on display in the North Island at cities like Auckland and Rotorua and less up for viewing in Christchurch, a city built around one of the country’s most prestigious universities (Christchurch is said to be based on jolly old Cambridge itself – there’s even an Avon River, complete with punt boats).

But if Maori culture is what you’re looking for, there is one stop you should make, the Canterbury Museum, home to the Iwi Tawhito-Whenua Hou (Ancient People-New Land) gallery with displays on the early Maori settlers, and the Nga Hau E Wha National Marae (Maori for Meeting House) is the largest in the country. Christchurch’s thriving Arts Centre, housed in the gorgeous old gothic buildings of the former University of Canterbury, is also bloody fantastic; a haven of art, craft, and entertainment. Whether you fancy picking up a local masterpiece, seeing an art-house flick or indulging in an evening at the theatre or ballet, the Arts Centre will more than satisfy your cultural appetite. 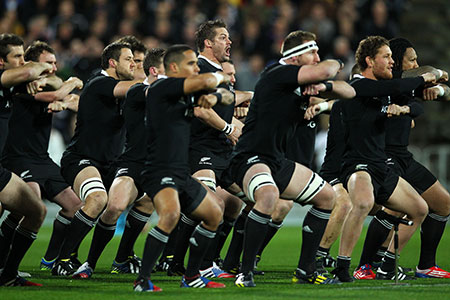 Then there’s the other kind of culture… sporting culture, and in this country, that can mean only one thing – rugby. Yes, as you’ve probably noticed, the Kiwis are mad for it. Whether they’re playing for the local team down the park every Saturday, cheering for the Canterbury Crusaders in the Super 14s, or giving their all in support of the All Blacks, their passion for this game is as obvious as it is infectious.

If you’re lucky, your stay in Christchurch will coincide with either a Super 14 game or an All Blacks test (like the Bledisloe Cup on July 8th). Being a part of the parochial crowd at a game at Jade Stadium is something that will not be easily forgotten. To say there’s a rather good atmosphere would be a massive understatement. Punting along the Avon just doesn’t match it.

Christchurch has a couple of superb get-out-of-town-for-a-day options, the most famous being the TranzAlpine railway, a train-board feast of incredibly diverse scenery which takes you across the Southern Alps, via Arthur’s Pass, to the west coast’s Greymouth and back again in the one day, if you so desire. Also top of the daytripper’s wish list is charming Akaroa, the French settlement on the Banks Peninsula renowned for the wealth of wildlife that call its waters home – a cruise out to see the ultra-cute Hectors Dolphins, blue penguins and co is a must, and if your budget can stretch, it’s worth spending a little extra and opting for a dolphin-swimming cruise.

As anyone who has been swimming with these elegant mammals will attest, it’s an unforgettable experience (and a cold one, too). For a shorter day trip make the journey to the port of Lyttelton – take the scenic road over the Port Hills for some superb views, or go straight through the mountains in the Lyttelton Tunnel. Once there, try a relaxing afternoon over a coffee at any of the cosy and welcoming cafes, or if you’re up for a wee tipple, try a drink at the giddily surreal Wunderbar. For some water activity, take one of the dolphin-spotting cruises on Lyttelton Harbour. 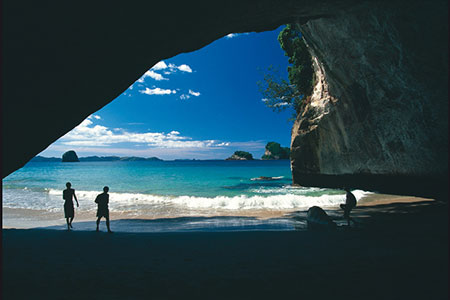 Most of Christchurch may be flat as a tack, but there are a few places you can get high and absorb the town’s picturesque glory from a different angle. The most famous of these is via the gondola up to the top of Mt Cavendish; it’s 15 minutes out of town, but the 360 views of Christchurch and Lyttelton Harbour make it worth the extra bit of effort. If you’ve got your own wheels and want to save the $18 they’re charging for the five-minute gondola ride, the views from Scarborough Road over the Scarborough Hill towards Taylors Mistake are almost as good, and completely free.

If you can’t be bothered to leave town, and all you want to see is the city anyway, fork out a couple of bucks and trek the 134 steps to the top of the 63-metre cathedral tower and drink in splendid views of Cathedral Square and surrounds. If nothing else, you could pass it off as your day’s cardio.

Yes, yes, I know that most of the year it’s simply too bloody cold to contemplate taking a dip in the deep blue without several wetsuits for protection, but in the warmer months, Christchurch has plenty to offer the discerning wave-goer. If you’re looking for a top surfing spot, Taylors Mistake is unbeatable.

Though if you’re going to get there, you’ll need your own transport (unless you fancy a serious hike over the not-insignificant Scarborough Hill, which is no mean feat with a surfboard in tow). Sumner is a great alternative – buses run regularly to Christchurch’s own version of Bondi Beach (but with better surf) and it’s even got its own hostel, which is handy, as you’re probably not going to want to leave.

If you like the beach atmosphere, but don’t want to go in the water, take a wander along the pier at New Brighton – it gets you close to the sea while avoiding that pesky “getting wet” business.

Surfing’s not your thing? There are enough alternative activities on offer to keep the outdoor types busy for days. Raft the grade-five rapids of nearby Rangitata River. Go skydiving. Take a jetboat ride. While the temps are lower and if the snow reports are good, take advantage of Canterbury’s ski fields – open until early December, they boast the longest season in the country.

If those options sound a bit too exciting for you, there’s always the more sedate hot-air ballooning, horse-trekking, fishing or plenty of plain old walking to keep you out of trouble. Hagley Park in the city’s centre is huge expanse of serene parkland and perfect for a lazy afternoon and a break from life on the road. 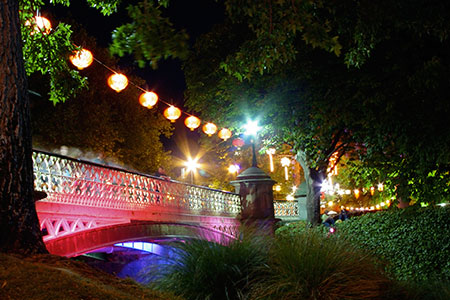 Okay, it’s not Bangkok, nor can you expect to find something of the London super-club here, but if you’re after a good feed and decent watering hole, you can’t go past “The Strip” – Oxford Terrace. Packed with top-quality restaurants/bars, once the sun goes down, this is where the party’s at. If the weather allows, you can’t go past the experience of outdoor dining on The Strip.

For the serious drinker, a night out in Christchurch is merely a matter of deciding what you fancy. A night in a sports bar filled with beer-fuelled rugby fans? Try the massive Holy Grail on Worcester St. A place to down a pint or six of the finest black stuff? The Guinness is good at The Bog on Cashel St, but there are several other Irish pubs around. A place to hang out with locals and savour the finest Kiwi home brews? Dux de Lux in the Arts Centre brews five tasty beers in-house. Want to dance the night away?

Christchurch has venues to suit every clubber – pick up the latest copy of The Package to find out what’s on when. But I reserve my best advice for the homesick traveller who’s gagging for a good dose of English style lager. Get along to The Twisted Hop Brewery and Pub on Poplar Street. This pub is owned by two Brits and is one of only two breweries in New Zealand that brews to an English style using English malt. Nuff said.