Although interconnected since the First Fleet lobbed on shore, the relationship between Australia and the UK is especially strong for those who’ve grown up alongside TNT in the past 30 years. So to mark the dirtiest of milestones, we’ve had a look at how Britain, in particular London, and Oz have changed between then, 1983, and now, 2013.

Music: Oh what a Daft feeling!

Australia 1983-2013: The Flashdance theme was number one for seven weeks, and it hasn’t gone away (a 2008 UK musical adaptation will soon do the jazz splits on Broadway). Michael Jackson unleashed the moonwalk with Billie Jean, while Culture Club’s Karma Chameleon and Do You Really Want To Hurt Me? were huge. Aussies still flocked to Aussie acts and pub rockers Cold Chisel, The Angels and imitators were still allowed in pubs.

Australian Crawl (Reckless) hit the top of the charts, but the biggest hit of ‘83 was Australiana by puntastic comic Austen Tayshus (eight weeks on top). Synth hadn’t quite cracked it, but Aussies Pseudo Echo were paving the way (sort of) for the beep-pop everyone seems to love now from chart-toppers Daft Punk (the biggest act in Oz right now, says Last.fm). Get Lucky simply won’t go away. 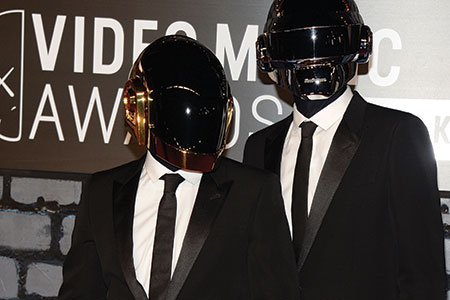 Huge: Daft Punk are the biggest act in UK and Oz. Everyone got into Get Lucky

London 1983-2013: As in Oz, Culture Club were massive, as was Bonnie Tyler’s Total Eclipse Of The Heart. The Welsh belter was the UK’s best bet this year for Eurovision, which first aired Down Under in ‘83. Spooky. Men At Work’s Down Under finally reached the UK (and US) after it was released in 1981 at home, and was all over radio with the likes of Kajagoogoo’s Too Shy (hush hush, eye to eye – ha, now it’s in your head) and UB40’s Red Red Wine.

Now, with the countries’ tastes intertwined, it apparently can’t be a hit unless the artist can be referred to with one name (Gaga, Rihanna, Beyoncé) or if it’s ‘featuring’ someone – Disclosure’s White Noise (feat AlunaGeorge) was the tune of Carnival. 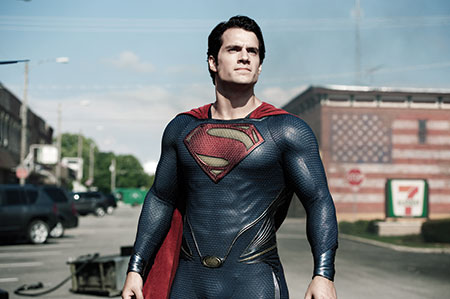 Movies: Must be time for another Superman

Australia 1983-2013: Like now, Aussie film very much followed the trends of the US and UK, but Down Under was contributing it’s own cultural genius to the world. BMX Bandits makes ‘83 a landmark year on its own, with Nicole Kidman and all that frizzy hair (she was in another film, Bush Christmas, that year). It was a big year for the sequels, some more impressive than others.

Star Wars’ triumphant Return Of The Jedi, met with Jaws 3-D and Psycho II. Tops this year so far have been Iron Man 3 and Despicable Me 2. Quality at the box office everywhere included Trading Places and The Big Chill. Fast And Furious was big this year, but a poor man’s Bandits if you ask us (fast, expensive cars is cheating, right?).

London 1983-2013: UK cinemagoers seem to let kids choose the movie with Despicable Me 2 and Monsters University in the current top five. Not so in 1983, when going to a movie was still a date. Comedy-drama Terms Of Endearment (from James L. Brooks of The Simpsons fame now) and Barbara Streisand’s Yentl cleaned up at the Oscars.

Out of the UK came Monty Python’s The Meaning Of Life, Roger Moore as Bond in Octopussy and the camp Superman III (co-production with the US featuring Richard Prior as a computer whiz). Flash forward to 2013 and Henry Cavill’s Man Of Steel got a mixed reception and Johnny Depp’s The Lone Ranger was panned. 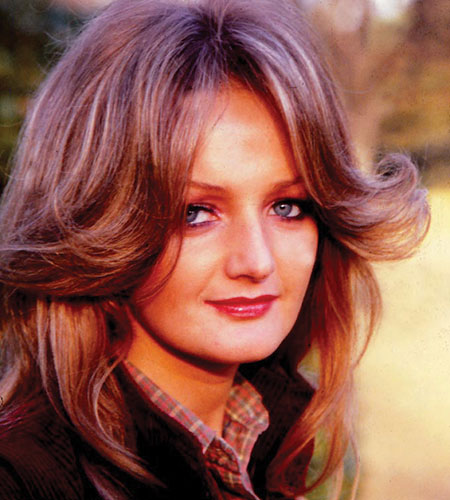 Bonnie Tyler: when Total Eclipse Of The Heart hit

Fashion: Eighties is in again (too old to be retro)

Australia 1983-2013: Retro can now mean Nineties (WTF!) but Eighties remains the prevailing party theme if you want to go bananas with big hair, fluoro and leg warmers. Other faves in ‘83 were feathered barnets and side ponytails, high-tops and influences from those crazy punk kids – the flanno was in here well before that Cobain bloke did the grunge thing (“Chisel!”).

Now the side pony is back along with the high-tops and other old-school influences. Add to that patterned leggings for the girls or skinny jeans and a general appearance of just getting out of bed for the lads.

London 1983-2013: Always more extreme and daring than the Aussies, ‘83 in London was along similar lines, just bigger – the New Romantic wave was rolling in, and men were going mad with the make-up.

Now it’s all about ombre and dip-dye hair, trainer wedges, jeggings and for the younger ones, short denim shorts with the pockets (or much of an arse cheek) poking out. Skinnies, hipster beards and aviators have reached plague proportions in blokes. 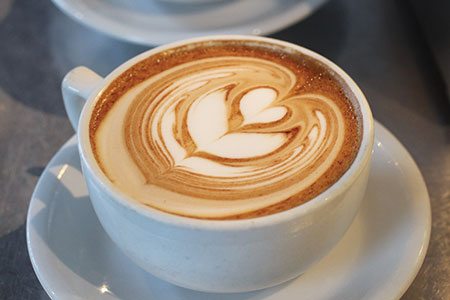 No froth: an Aussie flat white, thanks

Australia 1983-2013: Aussies were the world’s biggest meat and sugar consumers, with the humble roast the pinnacle of home treats. Though there was a growing embrace for the flavours of the huge immigrant populations from Italy and the Med. At the poncey end of town, nouvelle cuisine was getting its run.

More significantly, Lavazza coffee et al were making their mark and curating Aussies into a bunch of coffee snobs. Flat white? You’re welcome. The influx of new Aussies from Asia means stir fries are bigger than spag bol now, but “Aussie” food can really mean anything these days.

London 1983-2013: Chicken kiev and black forest gateau were the dog’s bollocks before the fine dining revolution struck (loads of foreign chefs rocked up). There were no Prets or sushi chains yet, but L’Escargot was flying, the place to be seen if you were a banker. Nouvelle cuisine hit pockets hard as the ‘Modern British’ concept was emerging. The world basically thought Brits just ate roast beef and cooked the crap out of veg. No more.

One of the best places in the world to eat, super steakhouses (Gaucho, Hawksmoor) are acclaimed, while Heston Blumenthal’s (Dinner) molecular gastronomy is copied globally with varying success. The gastropub remains, but trendier is lining up for innovative pop-ups and the fab oxymoron of deluxe fast food outlets (Burger And Lobster, Bubbledogs). Roast dinner still rules. 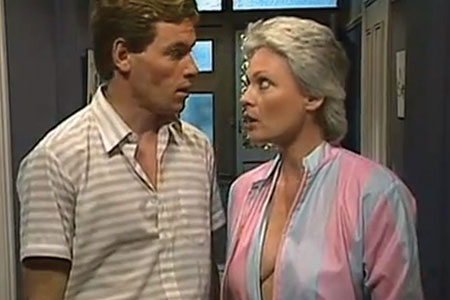 Sons And Daughters: made the first leap over the pond

Australia 1983-2013: The most popular shows on TV in Oz were made in Oz. The Sullivans and Young Doctors ended in ‘83 as Cop Shop and A Country Practice hit their stride – the best of the lot was Sons And Daughters, ‘cos it won the Logie. Racist Irreverent Aussie sitcom Kingswood Country was also smashing the one-liners. Variety was huge too, with Daryl Somers’ Hey Hey It’s Saturday a weekend institution and Don Lane handing the reins over to Bert Newton.

Now, home products Winners And Losers and the ending Packed To The Rafters carry the drama baton, but when the modern day answers to New Faces and perving in your neighbours window (The X Factor, The Voice, The Block, Big Brother, The Biggest Loser and more) aren’t on, CSI and NCIS dominate the schedules.

In ‘83, the best imports were Danger Mouse, Astro Boy and Days Of Our Lives, which ended its 45-year run on Aussie TV in April this year.

London 1983-2013: Comedy on UK TV was a battle between the smarty pants Cambridge Footlights (Fry, Laurie, Atkinson) with Blackadder and The Comic Strip’s alternative types (Edmondson, French, Mayall, Sayle). The precursor to schmaltzy breakfast TV made its first appearance with Breakfast Time and TV-AM, while Brits were captivated by Coronation Street and Sons And Daughters, which leaped over the pond.

These days it’s all about panel shows (8 Out Of 10 Cats), reality shows and, wait for it, Coronation St. The Brits’ inexplicable love of Home And Away and Neighbours (the latter doesn’t even air on a main channel in Oz now) continues too, while Jim Bowen’s dart-based gameshow Bullseye remains the best dart-based game show ever.