A home by the Thames: enjoy the luxury of waterside living

Living alongside the second biggest river in the UK affords easy access to watersports, stunning views as well as a plethora of waterside pubs and restaurants.

And being close to the Thames often means good transport links, so you can whizz across town easier than you’d expect. But the river can also be a minefield. With so many locations screaming out for your attention, how do you know which is best for you?

Here, TNT picks four of our favourites. The rest is up to you. 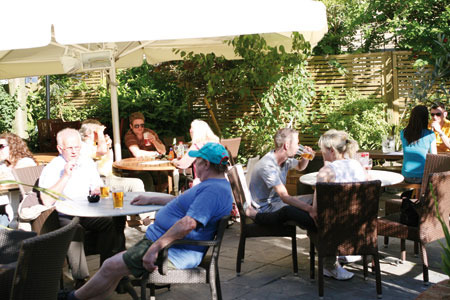 What: In terms of design and architecture, Hammersmith is an odd area, boasting a concrete jungle as well as beautiful riverside views.

Located between High Street Kensington and Chiswick, it’s renowned as a popular choice with Antipodeans, and has been affectionately nicknamed ‘Hammertown’.

Here, you’ll find all the shops you need to satiate your fashion cravings. Head to King Street for Primark, TK Maxx and Marks & Spencer. You’ll also find a bunch of decent pubs and restaurants.

By the river, there’s The Crabtree, a refurbished Victoria pub serving fresh food and fancy wines. Get there early on sunny weekends to bag a table. And the Old Ship W6 – popular with Aussies. Grab a couple of beers and sit on the grass.

Price: About £70pw for a flatshare. 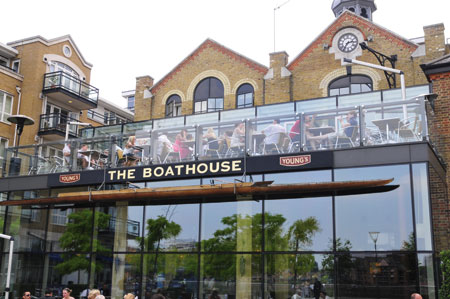 What: It’s in Zone 2, so close to the hubbub of the city, but Putney has a villagey atmosphere, and boasts a strong Aussie, Kiwi and South African community.

Over the bridge to the north, there’s Chelsea, and you can dash into central London by Tube or rail in about 30 minutes. It’s proximity to the river means it’s a great spot if you enjoy rowing.

There’s also a big rugby fanbase here, so pubs are chocka with people watching games at weekends. Putney High Street has a lot of shops, bars, restaurants and cafes.

But the riverside is the place to be. Sue Johnstone, from Andrews Letting and Management on Putney High Street, says: “The river’s a big draw because it’s very pretty and a lot of people here like to go rowing.

All the restaurants are fantastic. And all along the bank you’ve got park land on both sides – it’s really green everywhere you go.” Try the Thai Square restaurant and bar by the river, or the candlelit Boathouse pub with outdoor seating on Putney Wharf is also a hit with locals. 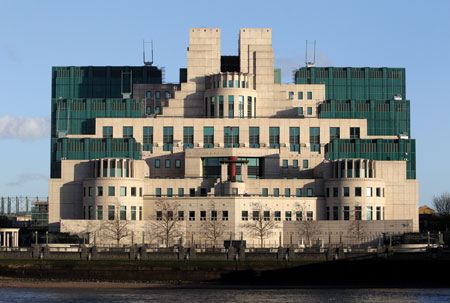 Pierce the surface of this urban landscape and you’ll discover liberal Vauxhall has a lot to offer. With a lively atmosphere, the area is packed with 20-something professionals, and a huge gay community.

Robin Sansay, of Moving Space estate agents, says: “Vauxhall is well-known for being tolerant and open-minded.”

Look beyond the shiny new flats and the big roads, and there’s a vibrant multicultural community. And there’s no shortage of fresh produce.

The nearby New Covent Garden Market is the biggest fruit, vegetable and flower market in the UK. But wake up early as it starts in the small hours and finishes by 10am on Saturdays.

However, you’ll also find your preferred brands, with a Pret and a Starbucks offering the usual fare.

Avoid the Tube and hop on a boat from St George Wharf and head to Embankment, Blackfriars or Bankside.

Price: From £60pw for a flatshare.

Transport links: On the border of Zones 1 & 2; Victoria; Overground. 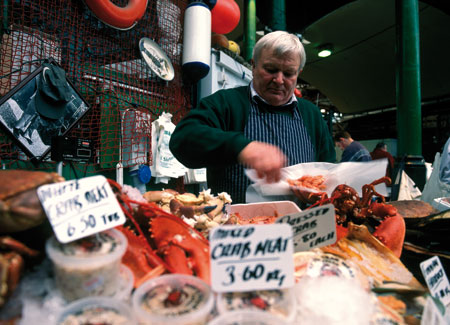 Although not on the river itself, Borough is just a short walk from the Thames. Boasting some of London’s greatest attractions – the Royal Festival Hall and Shakespeare’s Globe – the South Bank is a hive for tourists.

And now it’s got another string to its bow with the astounding 310m Shard, Europe’s tallest building. Head to Borough Market for top quality produce. But Borough is not all shiny and new. Raj Tanna, of Williams Lynch estate agents, in Bermondsey Street, says: “Far from being ‘up-and-coming’, Borough is here now, with riverside walks, and virtually all of central London right at your door.”

Expect young and trendy locals hanging out on Bermondsey Street. And being on the Northern line – and a short walk to central London – it attracts professionals.

Finding somewhere close to a lake is the next best thing for waterbabies. Not only do lakes make for stunning surrounds in
the summer, but they’re often cleaner than the Thames. Here’s our pick of the best.

There’s acres of green space here, so it’s perfect if you fancy more outdoors living. On the lake, you can go sailing, kayaking, canoeing, powerboating and windsurfing.

It’s south of the river, so a bit of a trek to get to central London – it’s not on the Tube, so you’ll have to ride the Overground. You’ll bag a double room for about £60pw.

If it’s decent weather, you can hire a boat to row around the lake between July and September. There’s also the 200-acre Battersea Park, located south of the river near Chelsea.

It’s a mixed-bag area in terms of accommodation with a few rough estates (one of which was home to everyone’s favourite garage collective So Solid Crew).

OK, so not a lake per se, but still somewhere you can get wet. It’s one of the capital’s best-loved pools, and is open until the end of August. Nearby, there’s Overground station Stretham or Tooting Bec Tube, which is on the Northern line. Both areas have plus sides.

Tooting Bec is trendy, where you’d pay about £90pw for a flatshare – and you can travel to central London in 30 minutes. Streatham boasts shops galore, as well as a huge park. Avoid the High Road, one of the ‘dodgy parts’.

Baby hare in the woods