Goals through Patrick Zwaanswijk and Daniel McBreen in each half were enough for Graham Arnold’s men to take the title and halt a 13-game unbeaten run from the Wanderers, who finished the season at the top of the table.

On a surface battered by rugby league, chances were rare, although veteran Mile Sterjovski went closest when he almost lobbed keeper Ante Covic to give Mariners the lead.

Just before half time a corner from the left whipped in by Michael McGlinchey found Patrick Zwaanswijk who headed home with force, making him the oldest player to score a finals goal in Australia. 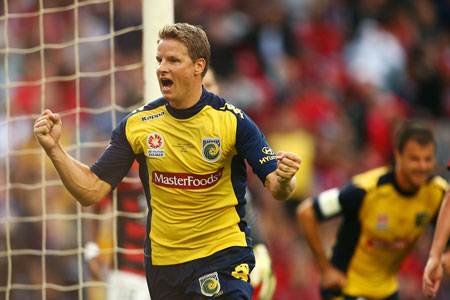 The stats were ominous for Tony Popovic’s first-timers Wanderers – this was the first first-half goal in four A-League finals for the Mariners.

The only other goal of the match came through the league’s golden boot, Daniel McBreen, whose effort to chase a ball to the byline and force German defender Jerome Polenz to handle in the area.

McBreen blasted the ball into the top corner and it was a matter of holding on for 20 more tense minutes. 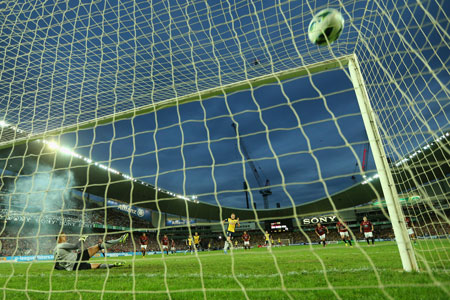 “It’s amazing,” Mariners captain John Hutchinson said. “It means a lot to us but it means more than a lot to the fans. There was a fantastic atmosphere and the team slogged it out.”

Before the match there were unprecedented scenes as the Wanderers well-organised Red and Black Bloc marched in force from Central Station to Allianz Stadium. But it was the Mariners faithful who had the more satisfying trip home. 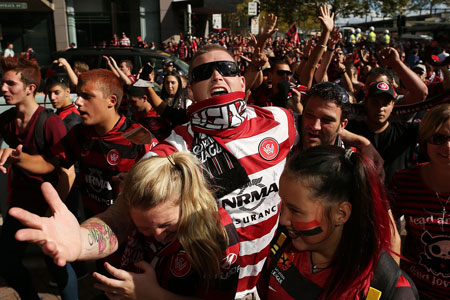 It’s time to grow: Make your living on the land