A look into New Zealand living

As the sun shines on summery New Zealand, it is seeking skilled Brits to fill its many job vacancies across a variety of sectors. For a country that frequently tops quality of life, prosperity and happiness indexes, New Zealand is the perfect destination for UK citizens looking for a lifestyle change.

The pull factors for moving to New Zealand are numerous, from its outdoor lifestyle to prosperous career prospects and beautiful landscapes. Here are the top 10 reasons to make the move:

High quality of life
It goes without saying that quality of life in New Zealand is outstanding, with the country topping surveys year after year. Most recently, New Zealand came second in HSBC’s Expat Explorer Survey, one of the largest independent global expat surveys. This high quality of life stems from the laid-back lifestyle, friendly Kiwi nature, positive work-life balance and short commuting time. Even in the biggest cities, residents are only minutes from a beach, park or mountain biking trail.

Happy family life
Families can enjoy the benefits of a healthier, more relaxed outdoors lifestyle.  Nearly 70% of expats say their children are more confident and well-rounded from their time spent living in New Zealand. It’s a safe place to raise a family too. The 2015 Global Peace Index, which compares 162 countries for the risk of personal violence, rates New Zealand as the world’s fourth safest country, while the UK is ranked 39th in the index. 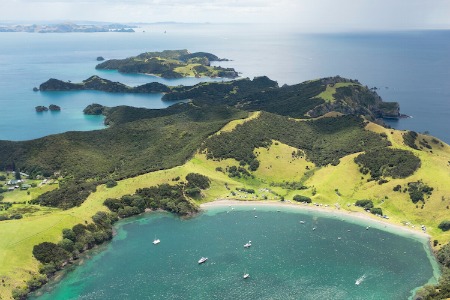 Relatively low cost of living
A number of daily costs are comparable with the UK but the general cost of living is lower. According to Mercer’s 2015 Cost of Living survey, London is the 12th most expensive city in the world to live in, while Auckland is the 61st and Wellington the 83rd. The tax system is also favourable; compared to the UK, with a top rate of tax of 45%. New Zealand has one of the lowest personal tax rates in the world, with a top tax rate of 33%.

Favourable climate
New Zealand’s climate is ‘temperate’ which generally means warm, dry summers and relatively mild, wet winters. Whilst the UK’s sunniest region (southern England) gets around 1,750 sunshine hours a year, New Zealand’s three major cities all get over 2,000 hours a year. Some spots receive even more, like Nelson with 2,400 sunshine hours. Year round, it’s easier to enjoy a healthier outdoors lifestyle.

Good career prospects and high prosperity
New Zealand has skill shortages in over 150 occupations, covering construction, engineering, health, ICT, science and tourism – to name a few. Overseas workers are actively sought by employers in skill shortage occupations. The work culture is distinctly ‘Kiwi’; friendly, professional and by most standards very informal. Brits can make the most of the comparably small size of the businesses with less organisation layers to navigate. Brits can also inject their international experience into a New Zealand organisation bringing a different perspective to business challenges.New Zealand has been highlighted as the world’s most prosperous country outside of Europe in the 2015 annual Legatum Prosperity Index. The country has secured a position in the top five ranking of this index since 2009 showing the ongoing strength of its economy as well as the financial comfort it can offer British emigrants looking to move to New Zealand. 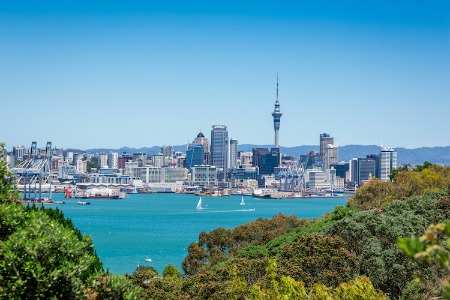 Stunning scenery
New Zealand was chosen as the filming destination for Lord of the Rings, The Chronicles of Narnia and Avatar for a reason. The scenery really has so much to offer – glorious sandy beaches, native forests, mountains, lakes, rivers and fjords. The country’s beautiful scenery is one of the reasons New Zealand was voted as their ‘favourite country’ in the Telegraph Travel Awards 2014 – for the third year in a row.

Spacious housing
Unlike the UK, New Zealand hasn’t yet embraced living in flats – New Zealand homes are mostly stand alone single storey residences with their own garden, offering much more space. New Zealand homes are generally built to make the most of the light, so expect north-facing properties with plenty of ‘indoor-outdoor flow’ to allow for BBQs and summer living.

Ease of moving
The range of visas available to emigrating Brits are various, from the working holiday scheme for people under 35, which only takes 48 hours to process, to the work and resident visas that cater to more permanent moves. Immigration New Zealand provides advice and helps every step of the way, from initial considerations to putting together the final details, to ensure a stress free emigration.

The world is getting smaller
For anyone worried about New Zealand being too far away from family and friends, they should remember that the world really is getting smaller. These days flights are more frequent and affordable for visitors or trips back home and staying in touch is easy with FaceTime and Skype.

How fast can Usain Bolt run?

Are you yanking my chain? Couple arrested by bike cops for public sex