Australians are very rude about New Zealanders and it’s probably a bit unfair, really. The Kiwis, after all, despite all the unpleasant jokes about their fondness for sheep, aren’t so different from Aussies – they’re basically more low-key, less obnoxious cousins. And, while Aussies hibernate during the winter months, New Zealand comes into its own as a destination where there’s still plenty going on.

Everyone knows that New Zealand is a world-class spot for skiing and snowboarding and, certainly, any holiday across the Tasman in the next few months is likely to involve a trip to the slopes. But there are other activities  on offer as well, many of which are within a short journey from the country’s fabled snowfields.

If you start in the north, you can get your fill of powder on Mt Ruepehu – just cross your fingers that this active volcano doesn’t decide to blow its lid during your visit. And, once again, it’s not just skiing and snowboarding on offer – if you’re in that neck of the woods, make sure you explore the Tongariro National Park.

You’ll likely wend your way south at some stage – quite a few of New Zealand’s big-ticket items are down there. Make you go bungy jumping in Queenstown and clambering over glaciers in Westland.

So, what’re you waiting for? Get over there! 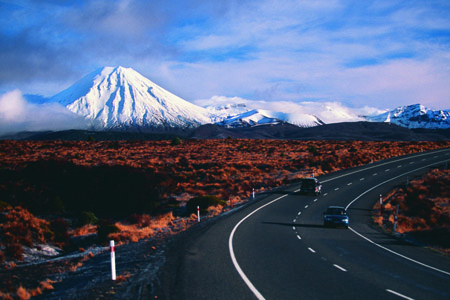 Queenstown might be better known for it’s ski resorts, but that is set to change as it gains a reputation as the free ride mountain bike mecca of New Zealand. Mountain biking is a tough enough sport without having to worry about driving yourself home at the end of a hard slog through mud and down slopes. A much easier option is to let Kiwi Discovery take care of that while you take a snooze in the back seat. They offer packages from five days that include everything (except food). Their itineraries are adjustable too, depending on what kind of a mountain biking trip you’re looking for. Whether it’s free ride or cross-country mountain biking, Kiwi Discovery has the perfect trip for you. Tip: try and go before those lush green slopes are covered with slippery snow.

You may have experienced whitewater rafting before, bouncing down a rocky current in the great outdoors. But, in Waitomo’s caves, which draw tourists from the world over, you’ll have the chance to ride through echoing, underground caverns, putting a whole new spin on a familiar adventure sport. You’ll abseil down a sheer rockface into Waitomo’s netherworld before the surreal experience of floating through these vast catacombs in a rubber tyre tube. Deeper into the caves, you’ll encounter the resident glow worms, which light up the darkness like a Christmas tree. The caves were first explored more than 120 years ago, by an English surveyor and a Maori guide, who built a raft and floated into the network. So, in reality, you’ll be doing much the same, admittedly with more reliable lighting.

It’s all well and good to be out and about in New Zealand’s gorgeous countryside but there’s also plenty on offer for city slickers. And Auckland is New Zealand’s biggest city – not the capital, though, as that honour falls to Wellington. It’s got a delightful harbour and laidback vibe but thrill-seeking tourists flock to the city’s Sky Tower, where they are then strapped into little harnesses and connected to a handrail that runs along the perimeter of the building’s top storey. It creates the unnatural sensation of being able to lean out over the edge, teetering on the bring of the 192m drop, while remaining completely safe. If that’s too vanilla for you, you can take the plunge with the Sky Jump at the same location, where you’ll fall down to the plaza below. 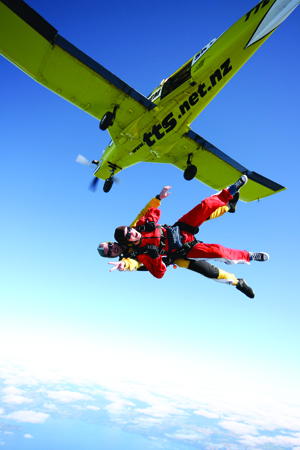 Going to New Zealand and making a special stop to take a fancy bath might seem like a bit of a soft option but if you’ve never gone to a hot springs before, you’ll be amazed by how enjoyable it is. Hanmer Springs is a touch over 100km north of Christchurch and a short drive from a lush conservation park. Inside, you’ll find heated pools and natural, thermally heated baths, their temperatures ranging from 28 to 42 degrees. You can get a private bath if you want to relax in seclusion or you can float away in one of the three sulphur pools. If you’re tired and sore from travelling or feeling a bit under the weather after a big night on the tiles, you’ll be astounded by the restorative qualities of these all-natural hot tubs.

You’ve probably seen this crazy pastime on TV – basically,
you hop inside a big plastic ball and go careering down a hill, rolling head-over-heels until stopping safely at the bottom of the slope. If it doesn’t sound like it would make you a bit ill, you should head to Rotorua to join in the madcap fun of zorbing. On the North Island, Rotorua is the birthplace of this roly-poly adventure and proudly brandishes its credentials as the best place in the world to take a protracted tumble. And they’re not letting the grass grow under them – already, there are a bunch of different routes you can take: you can go zig-zagging down one or end up splashing through water on another. Be warned, though – it’s pretty hard to take a photo during your ride.

Whatever possesses people to jump from dizzying heights, with only a flimsy little cord preventing them from plummeting to a sticky end, Queenstown is the place to do it. It’s become something of a rite of passage for those who come to the area – you haven’t properly done Queenstown unless you’ve gone hurtling downward at very high speeds. It’s a gorgeous place to give yourself the fright of a lifetime, which is at least some consolation, the scenery providing a welcome distraction from the gut-churning effect of bungy jumping. You can take your pick from three different styles; you can go disco – i.e the original – the Kawarau Bridge Bungy, the versatile Ledge Bungy, or the most gnarly of them all, the 134 metre Nevis Bungy. It’s a scream.

You’ll find Fox Glacier, named after former prime minister Sir William Fox, is New Zealand’s largest commercially accessibly glacier and can be found on the west coast of the South Island. It’s an unreal landscape, which can be explored over the course of a day’s guide hike or, if that sounds like too much hard work, you can limit your expedition to a half-day. It’s probably worth taking the helicopter tour as well, to take in the big picture. 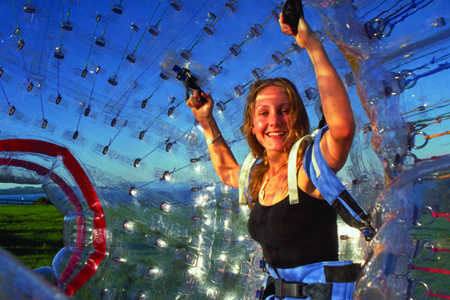 Skydiving is about the most fun you can have with your clothes on, and New Zealand is one of the best places in the world to take this leap of faith. In Taupo you have the choice of a 12,000ft or 15,000ft jump out of a perfectly good plane where you’ll take in views of snow-capped mountains, the volcanic peaks of Tongariro and the stunning deep blue Lake Taupo. While in the South Island the place to take the 200km/hour jump is Lake Wanaka. You’ll receive uninterrupted views of Wanaka’s turquoise waterways, lakes and the highest mountains in the country. Or why not try them both. If skydiving is on your bucket list, hop over the ditch and book it now!

You might think the Canyon Swing is something like a bungy jump, and if you have the stones to do one of those then surely the Canyon Swing would be a breeze. Wrong. Jump off a bridge with a bungy cord attached to your legs and you might fall far, but not long into your fall the elastic will begin to slow you down. The Shotover Canyon Swing has no elastic, so you experience true free fall for 60m followed by a 200m arc across the canyon. Remember that trust game, where you fall backwards and the person behind will catch you? Now imagine playing that game over a 60m drop and you already have an idea of what the real experience of the Shotover Canyon Swing is. Unlucky for you, the jumpmaster’s, who will lead you to the edge of a platform and help you jump off in absolute safety, love to take advantage of your vulnerable position. Expect to spend the last moments before your jump with your heart in your mouth and two guys laughing at the fear in your eyes. There’s over 70 ways to jump off the platform: backwards, forwards, front-flip, back-flip or even the legendary ‘Indian Rope Trick’. This last one will hopefully be the closest you ever come to dangling off an extremely high place, relying on your own strength to keep you from falling.

So you’ve just arrived in Queenstown and you want to get a taste of the nightlife, but you have no clue where to start. Don’t fret, as Queenstown hosts the Big Night Out pub crawl where you’ll no doubt discover your favourite drinking destinations. Five is the magic number for the Big Night Out. Five different bars, five free drinks, five nights a week for NZ$25. Any night from Tuesday to Saturday you’ll be immersed in a huge pub crawl that, along with the drinks, also has free food and a bunch of prizes (including bungy jumps) up for grabs. The crawl is so good it took out the 2012 Golden Backpack Award for Best Backpacker Night in New Zealand. Unfortunately a pub crawl is likely to result in a few memory lapses, but Big Night Out has you covered with photographers in charge of documenting every awesome and embarrassing act you might get up to on the night. After the photos are uploaded to Facebook you can then tag or (ahem) untag yourself. Let Big Night Out do the ice breaking for you, make some new friends and have a great night out. Worst-case scenario is you end up drinking excessive amounts and embarrass yourself in front of a group of strangers, in which case you can leave town and head up to Auckland for their own Big Night Out and start fresh.