Adele and Usain Bolt named among Time’s most influential

Time published its annual list on Wednesday, showcasing a typically eclectic mix of personalities, ranging from the rich and powerful, like financier Warren Buffett or US Federal Reserve Chairman Ben Bernake, to popular entertainers like Adele and Beyonce.

The list, broken into moguls, breakouts, icons, pioneers and leader categories, is compiled by Time after an online poll of readers.

This year Time chose 38 women for the top 100, which was more than in previous years. 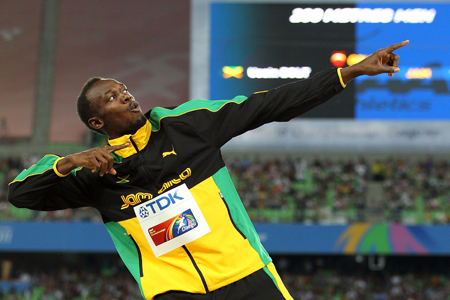 Those range from Middleton, sister of Prince William’s wife Kate, to Samira Ibrahim, an Egyptian activist.

The shadowy group of activist computer hackers Anonymous also earned a place, despite the list technically being for influential people.

Time managing editor Rick Stengel said the list was “about the infinite possibilities of influence and the power of influence to change the world.

“Now [one] can tweet a phrase that reaches millions in a flash. Influence was never easier – or more ephemeral. Which is why we try to choose those people whose influence is both lasting and, with a few notable exceptions, laudable.”

Spring on hold: UK rocked by heavy snow and rain

What to wear: skiing