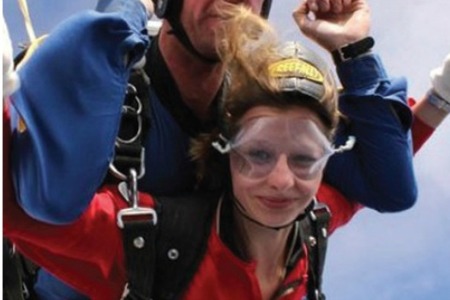 What brought you Down Under?

I’d just finished university and was getting a bit disheartened by the lack of jobs in the UK, so I decided to pack up and go travelling.

Have you travelled much?

I’ve done a bit of South America, all of New Zealand, some of the Fiji islands and the east coast of Australia. And that’s just in the first year, I still want to see the rest of the world.

Got a favourite city?

I’ve got to say Sydney, but Queenstown is a very close second. There is so much to do there, from bungy jumping to skiing to just partying.

Got a favourite place?

I loved Fraser Island as it was just so relaxing. It felt like I was a million miles from anywhere and getting to drive a 4WD on the sand was so much fun.The scenery was amazing too,swimming in pristine clear fresh water lakes just blows your mind. I also loved Byron Bay. I got totally sucked into the hippie lifestyle there.

That sort of depends on my mood. I love Sydney’s nightlife, especially Kings Cross, which is always an interesting night! But I also love the wild partying in Queenstown, and a night or two on Beachcomber in Fiji; dancing all night on the beach was incredible.

What’s still on the wishlist?

I still want to go to Uluru, to finally experience some Aboriginal culture.Plus Tasmania, just because it looks beautiful, and Western Australia,just to say I’ve been there.

In New Zealand I went to a Maori night in Rotorua which was amazing.

Met much of the wildlife?

I saw a few dingoes on Fraser Island,plus I saw turtles and reef sharks when I went diving on the Great Barrier Reef. Luckily I am yet to meet any spiders or snakes! 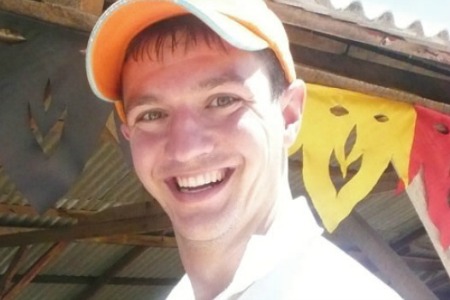 So, what did you do today?

I helped to organise a barbie at my backpacker place.

How long have you been in Australia?

A total of nine months. Five of them have been spent in Sydney. Then I have been to Bali, seen the backpacking track up to Cairns and travelled in a motorhome to Melbourne, Tasmania and Adelaide.

What’s been most memorable?

I believe just travelling through the beautiful Tasmania, where every hour of driving provided totally, equally amazing, but very different changes of scenery. That was the most beautiful place I have seen so far, and I’d call myself a world traveller.

There are quite a few backpackers that you just wonder how they made it from their home country to Australia without getting themselves killed!

What’s been your weirdest experience?

Probably travelling with my girlfriend and my parents in a motor home for three weeks. They didn’t even speak the same language and it was set up for disaster. But here I am, still breathing!

Have you met much of the wildlife?

Kangaroos being more common than humans in places, getting kookaburras eating our breakfast, seeing koalas hanging out of trees above the freeway, having wallabies jumping over and on top of me on a kangaroo breeding farm to mention a few. Of course there are also the snakes andhuge spiders you spot sometimes when you go out in the more remote areas.

What one place would you revisit?

Tasmania. I could probably even move to that island and live there for many years. It is absolutely stunning, with vineyards, changing nature, strawberry farms, chocolate factories, mountains and more. I would be happy there,I think.

Any tips for a traveller heading to Oz?

Stay in Sydney for a few days, go to the Botanic Gardens where you see the flying foxes and Mrs Macquarie’s Point for the best views of Sydney. Then stroll around The Rocks, before you hurriedly get on a bus and start driving north to the more “real” Australian cities and beaches. Byron Bay is a good spot for newcomers. 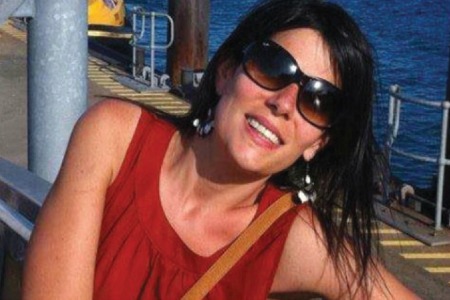 What brought you Down Under?

I came out here to meet my cousin. He told me how great it was and convinced me to travel around Australia with him. It had always been somewhere I wanted to go and now I never want to leave.

Have you travelled much?

Before I got to Sydney I went to Thailand for two months and New Zealand for a month. Since I’ve been in Australia I’ve travelled up the east coast, then to Perth, Adelaide and Melbourne. I also did a week in Fiji.

Got a favourite city?

Sydney. I like the harbour and the beaches but what I really love is the relaxed lifestyle and Sydney’s restaurants and bars. There’s always something going on and somewhere new to try.

I recently went to Homebake which was a great way to check out good Aussie music. The sun was shining and the beers were fl owing! I went to Mardi Gras last year and was amazed at how big an event it was. It was one hell of a party in Sydney’s streets.

Got a favourite place?

The Coral Coast in Fiji. Unbelievable beaches, warm weather, great diving spots with amazing visibility and the friendliest locals I have ever met. Oh, and great food.

Newtown in Sydney has pretty much all you need for a good night out, from small cocktail bars to bars where you can dance all night. Although nothing beats drinking on the beach, watching the sun go down, on Fraser Island.

In New Zealand I did the Awesome Foursome, which is a day of bungy jumping, jet boating, rafting and a helicopter ride. I liked rafting so much I also did it in the Tully River in Queensland. It’s brilliant.

What’s still on the wishlist?

I want to drive from Uluru up to Darwin and then down to Tasmania.

Corruption ‘all over’ – Zuma

Dicing with death in Darwin