AFL Grand Final spotlight: We look back on some of the greatest moments

Naturally, supporters of both sides will never forget the occasion – the winners will cherish the spoils, regardless of the circumstances, while the pangs of defeat can haunt the losers for decades, particularly if they fall just a few points short.

But occasionally, the events of a grand final attain an even higher level of notoriety, recalled instantly by the millions of neutrals who watch the game, destined to be replayed over and over on highlights reels.

It can be a spectacular match-winning goal, a decisive passage of play or a heroic individual performance. It can be a crowning glory that elevates a good player to the level of greatness.

Or perhaps it can be a heartbreaking loss that leaves the careers of the most decorated players somehow incomplete.

There’s no formula and the only guarantee is that the players involved, even if their careers span several years either side, will forever be recalled by their performances on the biggest stage of all. 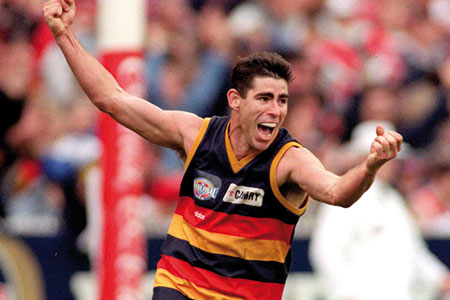 In the years since, there have been classic grand finals, ones that went right down to the wire, but the 1989 decider between Hawthorn and Geelong remains the gold standard for epic struggles.

Brereton famously refused to leave the ground, though, and kicked three crucial goals as Hawthorn hung on to win by six points.

And, of course, at the other end of the ground, the mercurial, dysfunctional Gary Ablett booted nine goals in a losing side, which remains a record in a grand final.

It stands as a poignant metaphor for the flawed genius of the man the folks of Sleepy Hollow referred to as ‘god’.

The VFL had expanded to include the Sydney Swans in 1982 but it wasn’t until the West Coast Eagles and the Brisbane Bears joined in 1987 that a truly national competition emerged.

And it was the Eagles who broke through to become the first non-Victorian side to win a premiership, coming from behind to beat Geelong by 28 points. 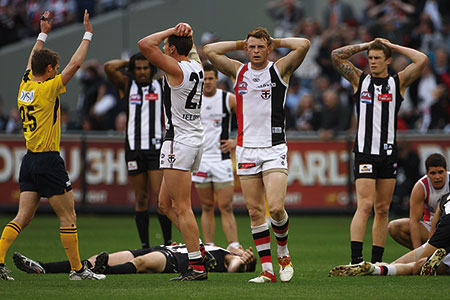 The match was highlighted by the performance of fleet-footed Eagles wingman Peter Matera, who proved a match-winner in kicking five goals from the midfield.

In the third quarter, when West Coast surged over the top of Geelong, it was a stunning 60m goal from Matera, on the run after bursting through the centre square, that put the Eagles in front.

St Kilda were warm favourites to win their second ever premiership in 1997 – they had finished top of the ladder after the regular season and the Adelaide Crows, without two of their stars in Tony Modra and Mark Ricciutto, had staged a remarkable comeback to beat the Western Bulldogs in the preliminary final the week before.

Long-suffering Saints fans had cause for optimism at half-time, when their side led by 13 points.

But the Crows ran over the top of the Saints in the second half, and the final quarter belonged to Crows’ goal-sneak Darren Jarman, who booted five goals for the term to get the party started. 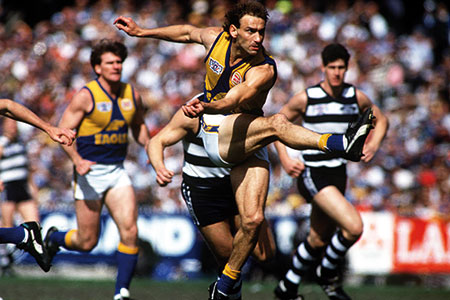 The Brisbane Lions, after absorbing defunct Fitzroy at the end of 1996, established one of football’s great dynasties when they won three consecutive premierships from 2001-2003.

Remarkably, in these three glorious seasons, the Lions never finished top of the ladder after the regular season, underlining their vital ability to go up a notch in finals.

In 2001, the Lions denied Essendon back-to-back flags before edging out Collingwood in slippery conditions to complete their own double in 2002.

Collingwood earned a shot at revenge the following year but the Lions, despite being riddled with injury, routed the Magpies by 50 points, their all-star midfield of Michael Voss, Simon Black, Jason Akermanis and Nigel Lappin spearheading the first three-peat since the 1950s.

The Sydney Swans and the West Coast Eagles established a thrilling rivalry over the 2005 and 2006 seasons, their matches regularly decided by less than a goal.

In the first week of the 2005 finals, the Eagles prevailed by four points at Subiaco but three weeks later at the MCG the result was reversed, the Swans claiming their first flag since shifting north more than two decades earlier.

The following year, the sides met again in the first week of the finals, Sydney this time winning by just one point.

But, as in the previous season, the result was reversed when the two sides met in the grand final, West Coast prevailing in the decider by a solitary point, making it the closest grand final since 1966. 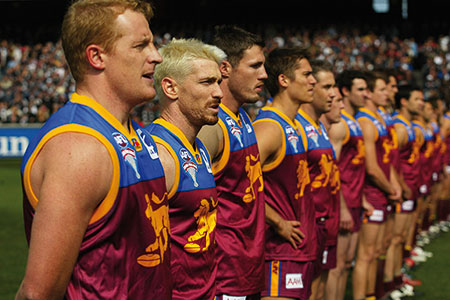 Even for a grand final, St Kilda’s clash with Geelong was notable for its rare intensity, with both sides going hell for leather for all four quarters.

The Saints led at every change but, with five minutes to play in the final quarter, the scores were level.

With the ball in dispute in the midfield, Geelong full-back Matthew Scarlett charged out of his defensive zone and toe-poked it from mid-air into the waiting hands of Gary Ablett, who sent the ball forward, where Paul Chapman crumbed the winning goal.

In a match all about attrition, Scarlett’s display of finesse was jarringly out of place, but it tilted the scales decisively in Geelong’s favour.

A tough act to follow
No chance of extra time

The grand final experience – the build-up, the pre-match and then the four quarters – is a draining one, so let’s hope there’s no repeat of 2010’s draw between Collingwood and St Kilda, which meant everyone came back a week later to do it all again.

The first match was a low-scoring, seesawing arm wrestle.

Both sides had their chances to sew up victory but, at the final siren, they were locked together on 68 points apiece, meaning both groups of players experienced the strange combination of relief and disappointment (pictured).

The following week, though, was not such a close-run affair, with Collingwood blitzing the Saints, who were remarkably listless, by 56 points.

Despite pressure to introduce an extra-time scenario (or even a golden point), the AFL remained steadfast, retaining the replay status quo.

London bars and pubs: Where to see the AFL Grand Final screened