Until recently, Albania was one of the world’s most closed-off and strictly controlled countries. With the fall of a communist dictatorship, Westerners are now welcomed with open arms and the tourism industry is starting to swing.

Albania boasts some of the best beaches in the Mediterranean.

Known as the Albanian Riviera, there’s a reason why it’s touted the ‘Mediterranean as it once was’.

Protected by the mountains, the peninsula’s rocky bays and sandy, deserted beaches are just waiting for the diving school, beach huts and large-scale tourist development to catch on.

Saranda: A shale and pebble beach with clear azure waters.

Ksamil: A beautiful sandy beach that could rival the Caribbean.

Dhermi: The city is nothing special but the nearby deserted beaches are the only place that trendy locals will go. 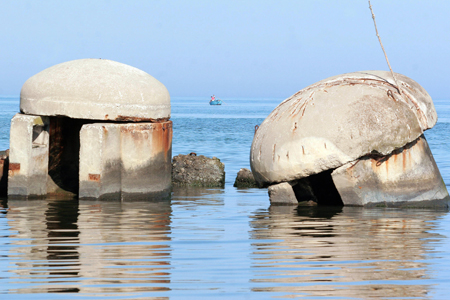 Unlike elsewhere in Europe, Albania offers a glimpse into a culture that is uniquely its own.

In rural villages, sun-aged women with long skirts and headscarves usher along their goat or cow for milking. Local men wear suits, albeit oversized and crumpled, as they barter at the local market.

3) Eat dinner in a war bunker

Although the last couple of years have seen dramatic improvements in the capital city of Tirana, Albania is still recovering from the 40-year rule of communist dictator Enver Hoxha.

You cannot go far in the Albanian countryside without seeing a bunker – concrete domes with ominous black spy holes.

Ironically, Albanians today are using the bunkers in novel ways to attract tourists. On the road to Vlora, artists have converted the otherwise depressing domes into psychedelic art installations, while on the seafront at Durrës, you can have a seafood supper under one concrete mushroom now named Restaurant Bunker. 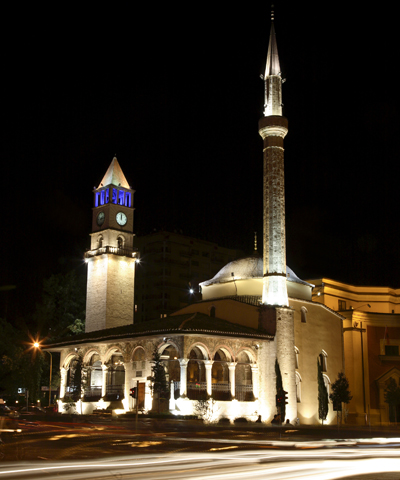 In the 20 years since communism ended, Tirana has grown from a sleepy town of a few hundred thousand to a lively, colourful metropolis of one million. With a huge student population, the capital’s outlook is fresh and forward-looking.

The brightly coloured Blloku (Block), the former – strictly off-limits – party leader’s residences, are today home to the city’s best open-air cafes and nightlife, while the grand tree-lined boulevards, built by Italian fascists for parading, are these days better used for romantic evening strolls.

Mayor Edi Rama has had a huge hand in Tirana’s transformation. A former painter and sculptor, his love of art has transformed hundreds of ugly communist tower blocks into bright, garish splashes of colour throughout the city.

The capital has changed beyond belief in the last decade from the dull, grey city it once was. From one building covered with horizontal orange and red stripes to another with concentric pink and purple circles, it’s amazing what a lick of paint can do to a city and its psyche.

WHEN TO GO: Summer is peak tourist season when coastal Albania will have a pleasant Mediterranean climate; the mountains often experience heavy snow between November and March.
GETTING THERE: BA flies to Nene Tereza Airport in under three hours from £200. From the airport, take an official taxi to Tirana’s centre for 2,500 lekë.
GETTING AROUND: Buses depart daily from Tirana to towns throughout Albania. You can hire a car, but driving conditions are some of the worst in Europe.
VISAS: South Africans will need to apply for a visa from the Albanian embassy in London, which costs ¤25.
CURRENCY: Lekë (ALL). 1 GBP = 159 ALL.
LANGUAGE: Albanian.
GOING OUT: A beer costs less than £1.
ACCOMMODATION: A hostel bed costs from £25.
GET MORE INFO AT: albaniantourism.com