I never used to get Amsterdam. Not being a smoker, I didn’t understand the draw of the city. Why not just roll a reefer in the comfort of your own home if all you wanted to do was get stoned for a weekend? Then I ventured to the Dutch city myself to discover one of Europe’s most interesting and culturally diverse metropolises. 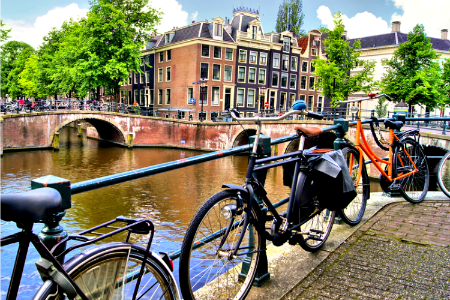 The first thing about Amsterdam is it’s size. A population of under a million people makes it one of the smallest of Europe’s major cities. This means it’s easy to get around. You can join the thousands of locals riding their bikes around town, jump on one of the myriad of boats ploughing the canals, or simply walk. Whichever you choose the relatively vehicle-free roads are a pleasure to journey around; just remember to listen out for the sound of the bike bell and avoid the omnipresent bike lanes, unless you want to end up spread across someone’s handle bars.

I opted for the I Amsterdam city card, which you can purchase from within the airport or across from the Central Station. In addition to free transport on the Metro and trams, it gives you access to most, but not all of the city’s museums. Unfortunately the big three – Anne Frank House, the Rijksmuseum and the Van Gogh Museum – are not included. It also includes a free trip along the canals. The great advantage of this is that you can pop into a museum to give it a go, and if it doesn’t appeal then you can walk out without worrying about whether you’ve got your money’s worth. 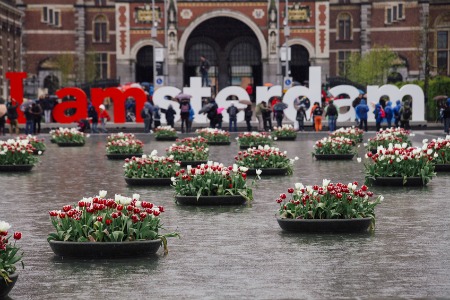 The Amsterdam Museum provides a great overview of the city’s development, while the Stedelijk Museum, next to the Van Gogh Museum on Museumplein has an interesting and varied collection of contemporary art and design. The outstanding piece was The Beanery by American artist Edward Kienholz, a replica bar conceived and created in 1965, which could conceivably have been the inspiration for the bar in the original Star Wars movie.

But Amsterdam on a sunny weekend in August is not a place to spend stuck inside a museum, nor a coffee shop for that matter. The city was awash with festivals from classical music to house parties, techno and folk – it was literally impossible to take everything in.

After dining at the Stilveren Spiegel restaurant set in an old building that dates back to 1614, I headed for the city’s streets. Opting against the Jordaan Festival, a celebration of Dutch folk music over three days, I hit the bars. Lellebel was a quaint drag show bar where the ageless performers crooned to a mixture of Latin and disco classics while intoxicated patrons drunk in the intimate atmosphere. Fun as it was you could have been in Bangkok as much as Amsterdam.

Entering Café Krom on Utrechtsestraat was like going back in time to an era before the hordes of weekend partygoers had descended upon the town. The bar has changed little over the years, unfortunately something that can not be said of many others in the centre that are slowly being transformed into homogenised outlets. A jukebox with nothing more recent than the 70s eclectically entertained me for hours as Dylan morphed into Armstrong and the Stones and I sat at the thick wooden counter and smiled vacantly at the locals. 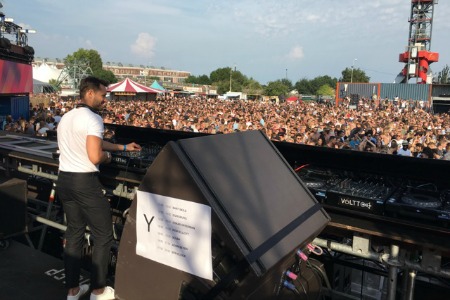 The following day I headed for VOLTT, a techno and house music festival a short ferry trip across the Ij from Central Station. Running for 18 years, the festival is very much an Amsterdam-based affair, with most of the audience coming either from the capital or elsewhere in Holland. With around 20,000 punters crammed into a former industrial shipyard, the venue has the feel of a post-Apocalyptic industrial wasteland, but with five stages there is an intimacy that you don’t encounter on bigger sites – also there’s no threat of becoming swamped in Glastonbury mud.

Given the country’s traditional laissez-faire attitude towards narcotics, the friendly nature of the audience came as no surprise. This was a place where mood was more important than content, although with Ben Klock, Adam Beyer and Makam headlining, there was something here for both techno and house aficionados.

I soon discovered that the party never stops in Amsterdam’s long summer nights. Upon returning to my hotel the Volkshotel – the perfect place to meet fellow travellers – in the early hours the music I found DJs playing in the downstairs bar, while revellers had taken to the rooftop to watch Amsterdam’s nightlife flicker on the horizon. Showing my age, I opted for bed. 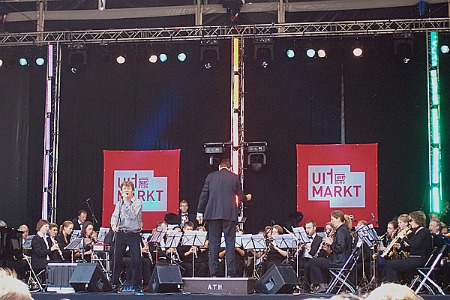 The following day I decided to change the pace, and headed for the Museumplein, where the Uit Markt was taking place. This festival really acts as an open house for the city’s repertoire of music, art, theatre, dance, opera, literature and cabaret. As my guide Ben Gosman of Free Style Events explained, “This is Culture with a capital C” as opposed to the lower case option of the previous day.

Taking place over three days, Uit Markt marks the official launch of the cultural season with 2,000 performers taking to almost 30 Amsterdam venues, entertaining 500,000 visitors throughout the weekend. However, it also portends the end of the summer as Amsterdam’s festival goers start thinking of indoor ventures.

As I waited for the bus – not included on my city card – to take me back to the airport, I realised that Amsterdam really is whatever you wish it to be. And in this increasingly consumer driven sanitised world, that really is something that should be celebrated – perhaps with another festival.

For more information about festivals and events in Amsterdam, visit iamsterdam.com/en.