At the end of the service, Amy’s father Mitch Winehouse said "goodnight" to his daughter today, telling her how much she was loved. 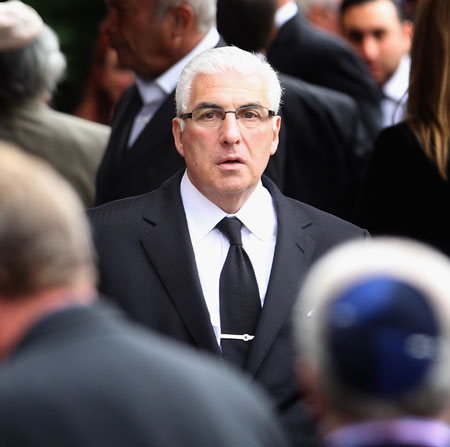 Nearly 200 people turned up for the funeral in Edgwarebury Cemetery, north London. The funeral lasted for an hour and was led by a rabbi.

Guests included Winehouse’s family and friends as well as her backing singers and manager.

A small group of fans, who had learned the location of the funeral, stood outside. 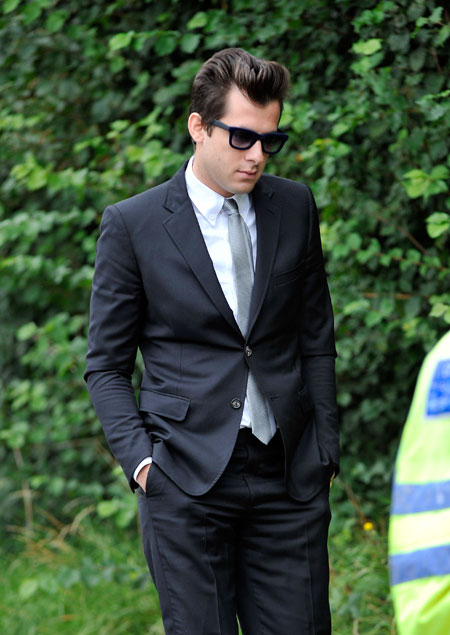 Amy’s father, Mitch Winehouse, gave a eulogy in which he remembered fondly how his daughter had been as a child.

“Mitch was funny, he told some great stories from her childhood. It was a celebration. He stressed many times that she had been more content than she had been in years. Mitch paid tribute to a lot of people from Amy's life,” Amy's spokesman Chris Goodman said.

Mitch ended with the words: "Goodnight, my angel, sleep tight. Mummy and Daddy love you ever so much." 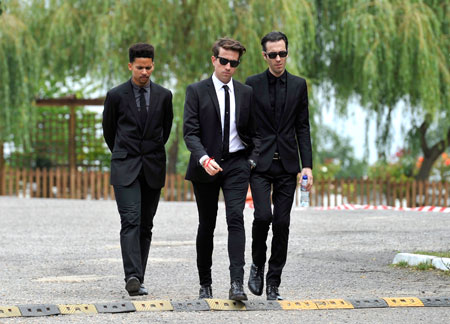 Nick Grimshaw arrives for the service in north London

The service included prayers in English and Hebrew and ended with a rendition of Winehouse’s favourite song, So Far Away by Carole King.

It was highlighted throughout the service that Amy had been happy in the time leading up to her death.

A friend who attended the funeral said: “In the days before her death she told Mitch she was very happy, satisfied and content in her life.” 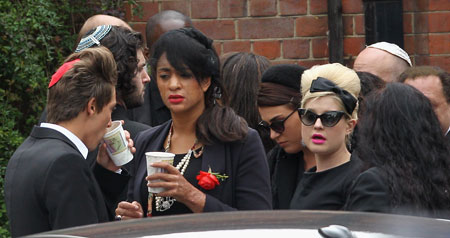 Kelly Osbourne flew from LA for her friend's funeral

Winehouse’s spokesperson said that the singer had been planning to settle down with boyfriend, film director Reg Traviss, saying: “Mitch said that they were very much looking forward to their future together.”

After the service, Amy was cremated at the Golders Green Crematorium in north London. Shiva, a traditional Jewish mourning period, begins at 5pm today, and guests were seen holding invitations with a black-and-white picture of Winehouse on them.

Kelly Osbourne, one of Winehouse’s best friends, flew from LA to be near the singer’s family as soon as she heard about her death. Osbourne attended the funeral with a blonde beehive and 50s-style sunglasses, holding a white rose.

Mark Ronson, who worked with Winehouse throughout her career, arrived at the funeral in a dark suit and shades. 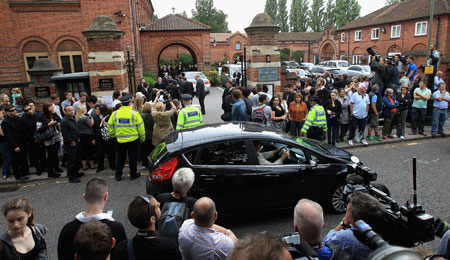 Photographers and fans gathered outside during the service

Winehouse’s ex-husband, Blake Fielder Civil, was refused compassionate leave from Armley Prison in Leeds and did not attend the funeral. According to sources, he would not have been welcome anyway as Amy’s father is said to loathe him.

Tributes for Winehouse continue to flood in.

Adele wrote on her website: “I don't think she ever realised just how brilliant she was and how important she is, but that just makes her even more charming. although im incredibly sad about Amy passing im also reminded of how immensely proud of her i am as well. and grateful to be inspired by her. Amy flies in paradise xx". 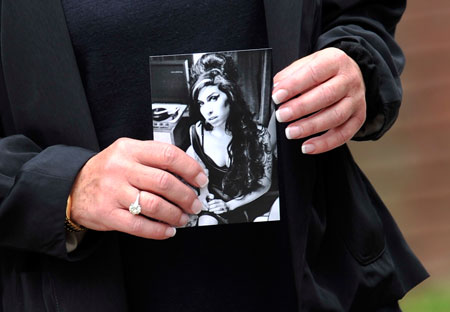 Guests left holding black and white photographs of the singer

"I feel like apart of my Soul has departed with the beautiful Song Bird Amy…. Please Say a PRAY… She loved everyone.x".

London gig: Brit rockers Muse play Emirates Stadium in Arsenal on May 25 and 26

Kisses amongst the violence: Lawless director John Hillcoat on his new gangster-western film