The funeral of Amy Winehouse will take place today. The singer will be cremated at a private service in Golders Green, north London.

A spokesperson for Winehouse’s family said the funeral will be attended by family and close friends only. In line with Jewish tradition, the service is taking place as soon as possible after the singer’s death.

“The funeral will take place on Tuesday and will be a family and close friends affair,” the Winehouse family spokesperson said last night.

According to Sharon Osbourne, talking on US chat show The Talk, Winehouse’s friends and family are already gathering at the family home for a seven-day long “shiva” – the Jewish mourning period.

“She's [Kelly Osbourne] with Amy's mum, they're doing shiva at the house,” Sharon said. “She's there with all the girls that used to hang out [with Winehouse].

The funeral today will take place in a London synagogue, although the location and time of the service has not been revealed. 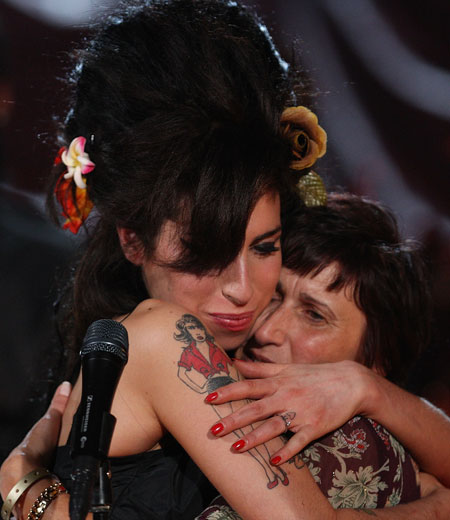 Amy Winehouse with her mum, Janis, after winning a Grammy in 2008.

Winehouse will be buried without the cause of her death being known. Although a post-mortem took place yesterday, results of the tests will not be available for several weeks.

After the post-mortem took place yesterday, a spokesperson from the coroner's officer at St Pancras Coroner's Court, said: “I bring before you the death of Amy Jade Winehouse who was aged 27 born on the 14th September 1983 in London.

“She was a divorced lady living at Camden Square, NW1. She was certified dead at her home on July 23 by a paramedic and a doctor. She was a singer/songwriter at the time of her death.

“She was identified by her family here at St Pancras this morning. A section 20 post mortem has been carried out today and samples have been taken for histology and toxicology to determine the cause of death.

“The scene has been examined by police who have deemed it non-suspicious.”

Amy’s parents, Mitch and Janis Winehouse, yesterday visited the shrine that has sprung up outside their daughter’s home in Camden. 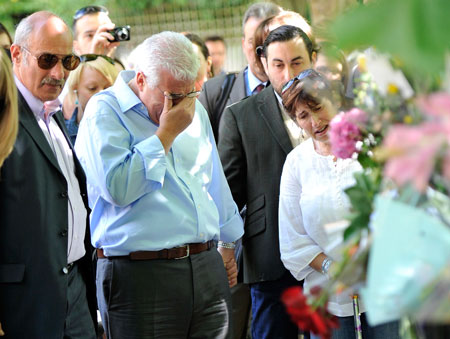 The pair broke down in tears as they looked at the sea of flowers, cards and pictures left by heartbroken fans.

Describing himself as “devastated” and “speechless”, Mitch thanked Amy’s supporters, telling them their wishes made her death easier to deal with.

Amy's mother Janis saw her daughter the day before her death when the singer told her: “I love you, Mum.”

“They are the words I will always treasure,” Janis said. “I'm glad I saw her when I did.”