Andrew Mitchell’s ‘plebgate’ scandal: Where does it fit in the annals of ridiculous political scandals?

A week on and 1300 people were so moved by something he allegedly said, they called for his sacking.

On the face of it, Mitchell’s Thick Of It-style rant, at a policeman refusing to let him through the Downing Street vehicle gate on his bicycle, was a dopey lapse from a veteran politician.

But, as with most political scandals, the devil was in the detail and the denial. Mitchell’s apology, a tour de force of mealy-mouthed vagueness, didn’t rule out the key point – a single word he allegedly used to insult police officers: plebs. A word surely banned in the Tory party as it represents a contempt for the working class they want to avoid like tail suits and champagne flutes.

Although Mitchell denies using the word – “I am very clear about what I said and what I didn’t say. I want to make it absolutely clear that I did not use the words that have been attributed to me” – his case is an example of the dichotomy of political scandals – they’re either appalling and immoral abuses of power or ridiculous.

For Mitchell, it’s the latter, but where does it fit in the annals of pathetic vs serious political scandals?

In 2011, Australian Labor Party MP Anthony Albanese gave a speech which lifted lines straight out of an address made by American president Andrew Shepherd (the fictional one played by Michael Douglas in the The American President).

“In Australia we have serious challenges to solve and we need serious people to solve them,” he said, in an almost verbatim rip-off of Douglas’s fake campaign speech.

“Tony Abbott is not the least bit interested in fixing anything. He’s only interested in two things, making Australians afraid of it and telling them who’s to blame.”

On Twitter Albanese said: “D’oh! Stuff up (for the record, that comes from another great American, Homer Simpson).”
Abbott, naturally, had a field day with the gaffe.

Australian Labor PM Bob Hawke’s government was shaken in the early 1980s by the Combe-Ivanov affair. David Combe, a former Labor national secretary, was in Canberra when he met Valery Ivanov, the first Soviet embassy secretary in Australia and an alleged KGB spy.

Combe and Ivanov became good friends, too close for Australia’s security agency ASIO, which believed Ivanov was targeting Combe as a source. It turned out they were right.

Hawke ditched Combe and expelled Ivanov from the country, then launched an investigation into Australia’s security and intelligence services. 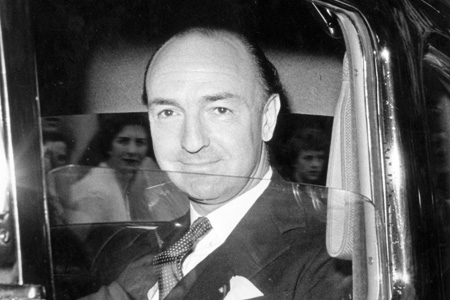 The Profumo Affair had it all – sex, drugs, spies, guns, murder plots and deception. Tory politician John Profumo (above) lied to the House of Commons about having an affair with Christine Keeler, a model and mistress of Soviet spy Yevgeny Ivanov.

Profumo was Secretary of State for War in 1961 when he met Keeler. Their affair lasted only a few weeks. It came to light a year later when she was due to give evidence against another ex in a trial.

Profumo first denied the affair but later admitted he lied and quit.

Former MI5 assistant director Peter Wright had interviewed Keeler, who he said had uncommon knowledge of nuclear weapons, and was sure that Ivanov had tried to get Keeler to extract information from Profumo, but the extent to which she succeeded has never been proven. 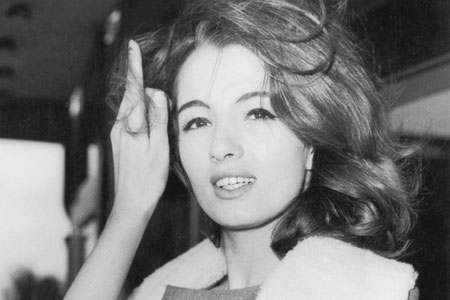 Billy Snedden was an Aussie politician who, in 1974, almost became prime minister. In his scandal, at least he didn’t have to face the music after dying mid-coitus… with his son’s ex.

The married man was in Sydney for the campaign launch for the 1987 election and dined with friends and a “mystery woman”. They retired to the Travelodge at Rushcutters Bay where, as a tactful policeman at the scene said, he “died at the peak of physical congress”.

A less tactful cop added, with a “loaded condom”. The woman involved was a mystery until years later when Snedden’s son, Drew, told a reporter: “It was an ex-girlfriend of mine actually.” 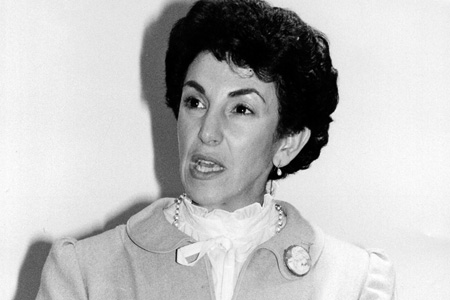 Where to start with Edwina Currie (above)? Well, in 1986, the then UK junior health minister said, “Good Christian people who would not dream of misbehaving will not catch AIDS,” and that northerners die of “ignorance and chips”.

In 1988, Edwina then went on to expose her own ignorance when she claimed that most British eggs produced were infected with salmonella.

This was, of course, nonsense. But it still led to a dramatic drop in eggs sales in the UK and the government was forced to compensate farmers.

Former Liberal Party leader Jeremy Thorpe’s political career was effectively over when he was accused of hiring a hitman, former pilot Andrew Newton, to kill his one-time gay lover.

North Devon MP Thorpe was a rising star in the party when he allegedly had an affair with former male model and stable boy Norman Scott in 1961 (homosexual acts were illegal at the time).

When Scott went public about the relationship in 1971, Thorpe denied it. Newton said Thorpe hired him to kill Scott in 1975.

The story goes that the two of them drove to Exmoor, where they got out of the car and Newton shot Scott’s great dane, Rinka. He then attempted to shoot Scott, but said the gun jammed.

Newton was convicted of intent to endanger life, but on his release in 1977, made the claim that Thorpe had paid him to bump off Scott.

In 1979, Thorpe was tried and acquitted for conspiracy to murder. He lost his seat at that year’s election. 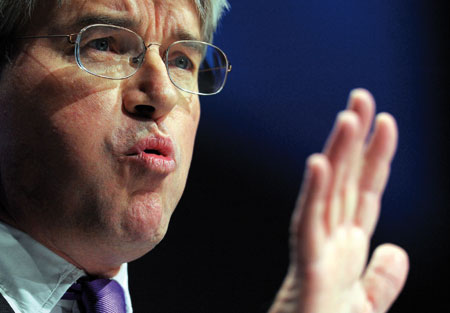 Four-letter word: Why is ‘pleb’ offensive?

What is it about ‘pleb’ that makes it so taboo? It’s not a swearword. It’s not overtly prejudicial, either, but it does deeply offend some people.

The etymology reveals that it is a modern derivation of the Latin word plebeian, which was used to describe the lower strata of land-owning Roman society or more generally describe the “common people”.

While free, plebeians were excluded from Roman institutions, such as religious colleges, and were denied knowledge of the law. But they could become wealthy.

The Oxford English Dictionary now says pleb, which has been in use since the mid-17th century, means “an ordinary person, especially one from the lower social classes,” which is why Andrew Mitchell’s alleged use of it as an insult rankles with so many people.

The person calling someone else a pleb effectively implies they are socially superior, and no one likes that.

NAIDOC in the city

Harry Potter book worth £6000 is stolen