Anzac Day: Gallipoli and the best of travel in Turkey

As the sun rises, the last notes of Reveille evaporate and the final prayer is delivered before we sing all three – Turkish, New Zealand and Australian – national anthems. Soon after, the migration to either Lone Pine (for Australians) and Chunuk Bair (for New Zealanders) begins. 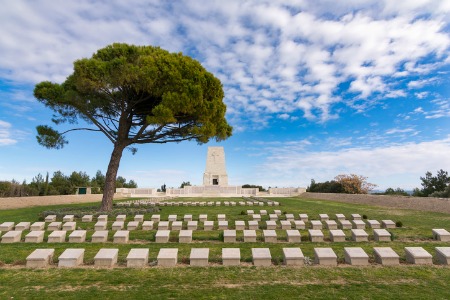 Thanks to the rising heat, it’s an uphill struggle to get to the New Zealand ceremony, but a glance at the old trenches at the side of the road makes sure complaints are never given voice.

What we do hear at Chunuk Bair, however, is Lieutenant Colonel William Malone’s last letter to his wife, written August 5, 1915.

“My desire for life so that I may see and be with you again could not be greater, but I have only done what every man was bound to do in our country’s need.”

The words from the grave soar over the crowd, each an unavoidable spark of pride, honour and love lost. “I am prepared for death and hope that God will have forgiven me all my sins.”

He was killed three days later and remains one of the many New Zealanders with no known grave at Gallipoli.

As the dignitaries tenderly lay wreaths at the foot of the towering memorial, the night’s chill has completely given way to the sun’s relentless scorch.

It’s yet another feat of endurance but, as we are all now fully aware, nothing compared to the suffering, the fear, and the bravery of our predecessors.

Where to start in Istanbul? Turkey’s biggest city is an intoxicating blend of east and west. Majestic mosques stand elegantly against the skyline, while heaving bazaars do serious business below.

(Don’t miss the Blue Mosque and the Grand Bazaar, the finest examples of both.) 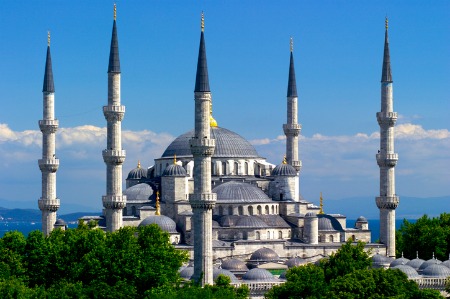 Topkapi Palace is another must-see, a grand setting for the sultans of the Ottoman Empire, while the Hagia Sophia is yet another picture-perfect sight – once a cathedral, then a mosque, and now a museum.

For the ultimate taste of the exotic east, you have to try a Turkish bath. They won’t be gentle with you – expect to have buckets of water unceremoniously dumped over your head and to be slapped into a furious lather – but it sure feels refreshing. And you’ll get a soothing apple tea to help you relax afterwards.

Still, don’t feel like it’s too touristy and not trendy enough to enjoy a cruise on the Bosphorus and toke on a shisha (or nargileh as they call it in these parts) while watching a whirling dervish. It’s all part of the fun.

Mustafa Kemal Ataturk (1881-1938) is Turkey’s most revered figure. You will see his face on flags and murals no matter where you travel in the country. He was a soldier and a general in Turkey’s army before becoming president in 1923 and modernising the country. 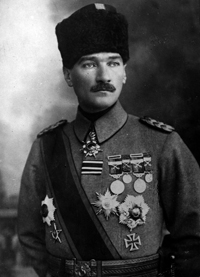 Ataturk was at Gallipoli in 1915 as commander of the 19th Division and was on hand to oppose the Anzac landing in April.

His excellent grasp of strategy and ability to inspire his troops with his reckless bravery in action proved crucial in thwarting the Allies.

He later won the respect of New Zealanders and Australians with his 1934 tribute to the Anzacs:

“Those heroes that shed their blood and lost their lives … You are now lying in the soil of a friendly country. Therefore rest in peace.

“There is no difference between the Johnnies and the Mehmets to us where they lie side by side now here in this country of ours … you, the mothers, who sent their sons from faraway countries wipe away your tears; your sons are now lying in our bosom and are in peace. After having lost their lives on this land, they have become our sons as well.”

Between 1924-1938 Ataturk introduced a series of reforms he considered vital to his people’s salvation. Among these was the abolishment of Islamic Law and the introduction of a secular legal code.

He also discouraged the veiling of women and encouraged western clothing. In 1934 he gave Turkish women the vote and the right to hold office. If you’re in Istanbul visit the Ataturk Museum to find out more about his life.

The history of Gallipoli

The history of Gallipoli is littered with stories about the camaraderie between the opposing sides.

As boredom set in there was a “constant traffic” of gifts being thrown across no man’s land: sweets and fruit from the Turkish soldiers, and cans of beef and smokes from the Allies.

There are tales of one old Ottoman batman being allowed to hang his platoon’s washing on the barbed wire without attracting fire.

At one stage, a ceasefire was declared and the two sides moved their dead and wounded. The tradition of friendship is continued today in Turkey where New Zealanders and Australians are greeted warmly and treated with respect throughout the country.

Getting to and around Darwin