Over at Apple HQ in Cupertino, California, the moment Apple fans had been waiting for finally arrived – the unveiling of a new iPhone.

In London, the Covent Garden Apple store was hosting a small gathering for a small privileged group.

Reports prior to the big unveiling had suggested that the announcement will reveal a new phone, most likely an update to the iPhone 4 named simply the iPhone 4s – although many were hoping for a complete redesign in the shape of the iPhone 5. 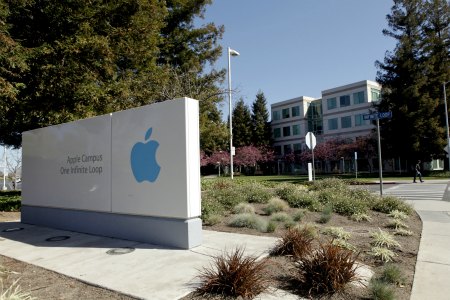 After an introduction in which he talked about the new flagship Apple stores around the globe, new Apple CEO Tim Cook, who took over when former boss Steve Jobs stepped down due to health concerns, got on to the subject everyone was waiting to hear about. "This is my first product launch since being made CEO…I'm sure you didn't know that." he said, with a wry smile.

Summarising the success of the the iPod and iTunes over the last year, he announced that over 16 billion songs had been sold since 2003. There were also some interesting figures regarding the iPad: "Despite everybody and their brother trying to compete with iPad, three out of four tablets sold in the US is an iPad." said Cook.

Senior vice president of iPhone Software Rick Fornstall then took to the stage to talk about integrations between Apple devices on the iOS 5 operating system (which will be available from October 12) "We have integrated Twitter deeply into the OS." he said, confirming what many had predicted about Apple's increasingly close relationship with Twitter. 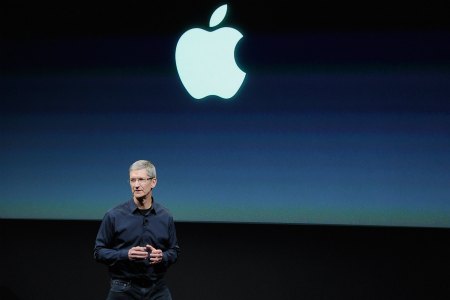 Retailers in the UK were poised for a new iPhone to go on sale on October 14, shortly after the update to Apple's operating system.

There was talk of the iCloud integration across all devices – the 'virtual storage' device to save using memory space and access data files wherever you might be in the world. Other new reveals included the iPod Nano watch.

Finally the big news came. "People have been wondering how you follow the iPhone. I'm really proud to tell you about the brand new iPhone 4S." said Philip Schiller, Apple's senior vice president of Worldwide Product Marketing. He went on to reveal a duel core processer, improved battery life, better reception for calls, double the download speed. The camera will be improved to 8mp.

Rumours of a dramatic update were quashed earlier in the day by tech website The Next Web whose sources revealed the likelihood of an updated 8 megapixel camera but otherwise be the same design as the current iPhone 4.

Apple iPhone 5 to launch on October 4?

#iPhone5 was a trending topic on Twitter all day with wild speculations and excited consumers.

@TVArmstrong predicted "Your #iphone4 is about to go in the same pile as a record player, commodore 64, Atari, VHS…"

Moving back to Australia, New Zealand or South Africa – timing is everything