A train pulling into the station in the town of Clarkson slammed into the back of another train which was stationary – in an incident where the finger is pointed in the direction of multiple-legged crawlers.

The invading insects, which apparently give off a distinctive whiff and discharge, have plagued parts of Australia since being introduced in 1953 and have no natural predators – so it’s party time 24/7 for the leggy beasties.

David Hynes of the Public Transport Authority of Western Australia said: “Millipedes are one of the factors we are going to take into account,”

“What happened in previous instances is trains which were travelling at speed have gone over an infestation, crushed them and made the tracks slimy.

“The train loses traction and the train has slipped,” Hynes told Sky News. 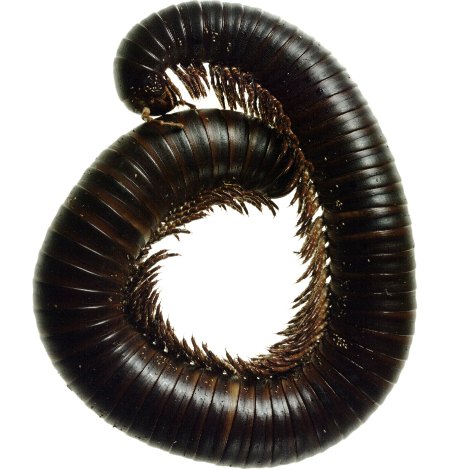 It’s not the first time these dastardly creepy crawlies have caused trouble with the trains. In 2009 thousands of millipedes covered over a mile of track near Melbourne, causing delays to 50 trains.

According to Melbourne Pest Removal, when disturbed “a millipede may discharge a strong and distasteful yellowish ooze which discourages hunters, such as birds. Note: the excretion may stain skin or clothes and is awfully irritating if rubbed on to the eyes.”

Search for landscape photographer of the year begins