Artist Lucian Freud has died at the age of 88, leaving the art world mourning a man described as "one of the great painters of the 20th century".

Freud – grandson of psychoanalyst Sigmund Freud – was one of the world’s most respected painters, in a career that spanned 50 years. He died at home in London after an illness.

"Lucian Freud, artist, born 8 December 1922 in Berlin, died peacefully last night at his home in London," his representative Diana Rawstron said in a statement on Thursday.

Last year a self-portrait depicting Freud with a black eye after a fighting a taxi driver sold for more than £2.8 million.

"I used to have a lot of fights. It wasn't because I liked fighting, it was really just that people said things to me to which I felt the only reply was to hit them," the artist once said. 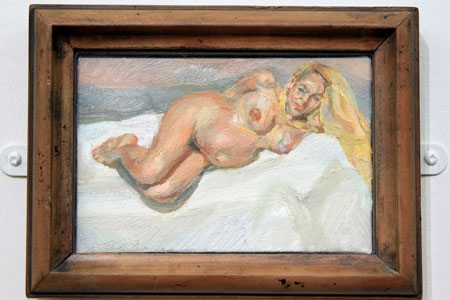 Freud’s paining style was notoriously brutal and unflattering. His portrait of the queen showed the monarch looking old, tired and, as some commentators put it, “glum”.

The art world has been swift to voice its sadness at the death of Lucian Freud.

"He lived to paint and painted until the day he died, far removed from the noise of the art world," Acquavella said.

Nicholas Serota, director of the Tate, said: "The vitality of his nudes, the intensity of the still life paintings and the presence of his portraits of family and friends guarantee Lucian Freud a unique place in the pantheon of late 20th century art."

Freud was born in Berlin in 1922. His Jewish family were forced to flee the city in 1933 and came to Britain.

Freud studied painting at the Central School of Art, London, the East Anglian School of Painting and Drawing in Dedham and Goldsmiths College in London.

After working in the Merchant Navy for a stint, Freud held his first exhibition in 1944, aged 21.

How to Choose the Right Cricket Bat

Never too late for mum