As British boxer Ricky Hatton makes his comeback, we look at other sports stars who also tried to rise from the ashes

As you read this, British boxer Ricky Hatton will be sweating bucketloads.

This profuse perspiration will be the result of frantically pounding a bag, hundreds of sit-ups and sparring a range of fighters who resemble Vyacheslav Senchenko, his opponent for his November 24 comeback fight in front of 20,000 fans at Manchester’s MEN Arena.

Hatton, 34, retired after a brutal second round knock-out against Manny Pacquiao changed his nickname from the Hitman to the Sitman in 2009 and has been fighting his own demons rather than in the ring ever since.

He’s told of having suicidal thoughts and been open about his battle with drugs after he was busted hoovering up rock-star lines of Colombia’s finest by a News Of The World sting.

To his credit, Hatton’s cleaned himself up and is ready to rumble.

However, an absence of three years and such a rough trot means the risk that going around again could tarnish, rather than polish, his reputation is real – as these other stars who tried to rise from the ashes found out the hard way. 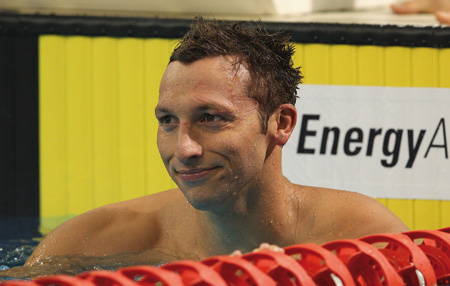 Much to sports fans’ bemusement, the man once known as The Thorpedo decided he’d quite fancy competing at the London 2012 Olympics, despite retiring in 2006.

So, last year, he headed to a secret base in Switzerland to lose the 20kg that he’d gained and work towards his
goal of swimming faster than he had at his peak.

There was no overconfidence on Thorpe’s part, however: “The most realistic outcome of this is that I will most likely fail,” he predicted.

He was spot on, finishing well outside the pace in both the Australian 100m and 200m trials and leaving many wondering why he bothered announcing his plans in the first place.

It’s not unlikely Thorpe’s ability to foresee the outcome of his races led to his well-paying job as a pundit alongside Gary Lineker on BBC’s Olympics coverage a couple of months ago. Tragically, he hasn’t given up yet.

During the Eighties and early Ninties, the man known as Hogan was New Zealand’s finest batsman, a swashbuckling number three with an arsenal of innovative shots and a big-match temperament.

He suffered the indignity of playing for Cornwall reserves in Auckland in the hope of getting picked for the club’s premier division side.

After some decent performances, and with his name no doubt helping, he got the call-up. But it was over as quick as it started.

After pushing the ball to covers off his third ball he tore a thigh muscle while taking a casual single. He then conceded the comeback was kaput.

The former world number one and pin-up of tennis had an extremely bad year in 1990. He’d lost a house, a marriage, knocked-up a 17-year-old he met at a wet T-shirt competition and some of his investments went belly-up.

Bjorn then decided that after 11 years away from tennis, he’d hit the courts again – with a wooden racquet, no less.

In the age of graphite, wielding wood was akin to bringing a knife to a gunfight and, for the unfit Swede, everything went disastrously.

When he walked away from the game at age 26, only John McEnroe had his number. But on his return in 1991, at Monte Carlo, the man so cool he was nicknamed the ‘Ice Man’, was humiliated by Jordi Arrese, a journeyman Spaniard, in straight sets.

In another eight tournament attempts in 1992 and three the following year, Borg was ousted in the first round. And then he did the decent thing, put his wooden racquet in the fire (probably) and retired. 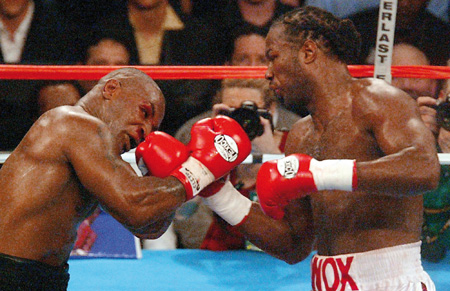 Tyson’s career stalled following a 1992 rape conviction, but after serving three years in jail, he was back in the ring, raring to go. However, Iron Mike was a bit rusty and he received widespread criticism for fighting boxers who seemed to go down just a little too easily.

Then, in 1996, Tyson fought former world champ Evander Holyfield, a real boxer, and lost. A rematch the next year was stopped in the third round when Tyson bit a chunk out of Holyfield’s ear, spat it to the canvas and was disqualified.

A series of bouts in which opponents’ arms were almost broken and refs were knocked over followed, before he got knocked out by Lennox Lewis.

Tyson retired again in 2003 and came back a second time in 2004 for a beating from Brit Danny Williams.

The career of baddest man on the planet had come to a sad end. Still, he sure was funny in The Hangover. 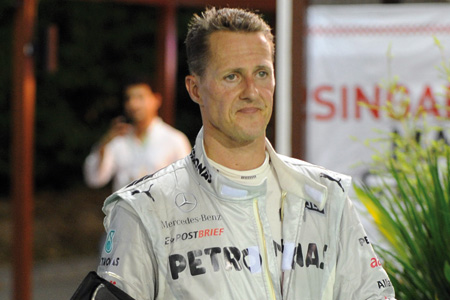 Seven-time champ Schumacher had 32 million reasons to return to F1 in 2009 and risk tarnishing his incredible record.

He took the money and over three years of average performances failed to add any polish whatsoever to his legacy – one podium finish in 52 starts was a horrible return for a man who’d amassed 154 top-three finished from 248 races up to his 2006 retirement.

The German has also been involved in some embarrassing incidents in which he rammed drivers from behind, moves attributed to bad timing and poor judgement. Then, this month, Mercedes said they wouldn’t re-sign him for 2013.

It was the final blow in a horrible comeback for the motor racing great, cut off at the knees before he had the chance to bow out with dignity for the second time. 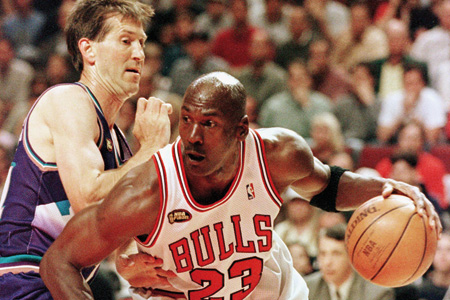 Triumphant Returns: Once a Champion, Always

Not every sports star fails on the second time around:

Michael Jordon His royal airness returned after retirement (and a spell in baseball) to lead the Chicago Bulls to a second NBA three-peat in 1996-98. His two word press release, “I’m back”, was pure class.

Kim Clijsters Belgian Kim was a comeback (after) kid in 2009. Having had a baby, she whipped both Williams sisters to win the US Open in her third tournament back, then retained it, and also won the Australian Open.

Geoff Boycott Now a pundit, the Pommy batsman spent three years in self-imposed exile from the England team before hitting 107 and 80 not out in his first two Test innings back against Australia in 1974.

Lance Armstrong He beat testicular cancer that spread to his lungs and brain, vanquishing a 40 per cent chance of survival. Then won sports greatest endurance race seven times. Tainted by drugs now, but still amazing.

Glasgow 2014: Gold and silver for sisters Cate and Bronte Campbell in the pool

Over half of adult Brits admit to wetting the bed