Jonathan Trott and Alastair Cook looked to be putting together a decent partnership with England’s number three showing better form than the previous test.

At Old Trafford Trott appeared to be falling over slightly, resulting in his bat skewing upwards when playing straight. He looked back to his normal self at Chester le Street, and appeared to be pootling to his 50.

He fell, just one short, caught by Usman Khawaja at short leg after he inside edged one onto his back pad from Nathan Lyon. 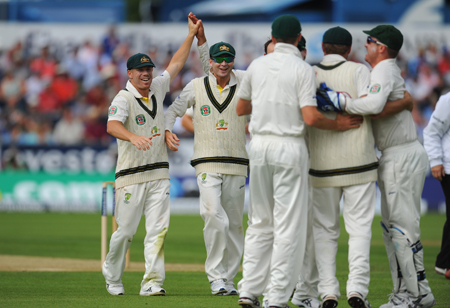 It was an unfortunate way to get out for Trott who deserved his half-ton, however it was just reward for Lyon who had bowled with precision and pressure all day, though it was one of his tamer balls that did the job.

Kevin Pietersen came in and tried to set the tone straight away, attempting to slog Lyon over mid-on. The ball instead flew high into the blue Durham sky and fell just wide of Peter Siddle for a single.

KP didn’t look in the mood to play himself in, he was going for runs straightaway.

Pietersen raced to 26, before Cook notched his 50, the third slowest of his career. 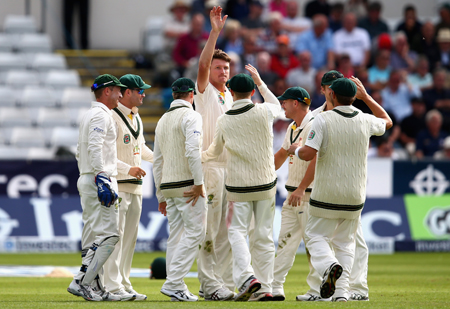 Old Trafford’s England centurion was out soon after to Lyon, caught behind by Haddin. Pietersen didn’t wait for Tony Hill’s digit, setting off for the pavilion of his own accord.

The England captain was following him back to hutch moments later trapped by Jackson Bird, with an absolute ripper than pitched wide of off-stump before lazering into Cook’s pads as the opener looked to leave the ball.

Cook sensibly declined the review and traipsed off. It was a dogged innings from a batsman really struggling to find a way to dominate the Aussie attack. 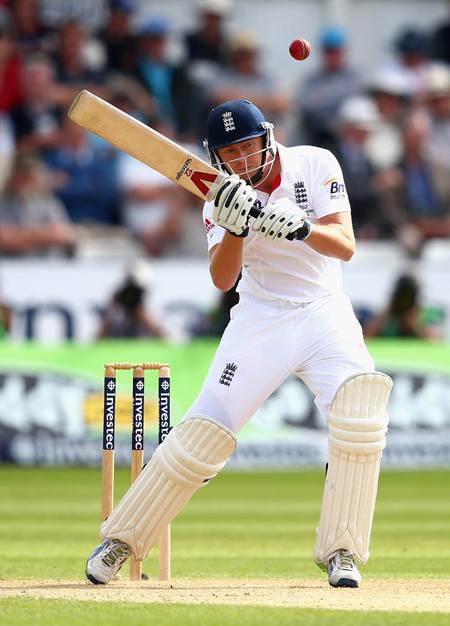 Jonny Bairstow and Ian Bell managed to bat out the session until lunch.