Shane Watson, who seemed to have remembered all of sudden that he could actually bat, notched his 50 off 98 balls turning one off his pads to square leg off Tim Bresnan.

Thing were going against England: The light, which had looked pretty murky pretty much since lunch, started to look brighter, and the bowlers were grumbling about the state of the ball.

Pundits and public alike started to complain that once again, it was in this type of situation that the limitations of the captaincy of England’s Alastair Cook were thrown into stark contrast.

Matt Prior felt certain that he’d notched the wicket of Rogers off Graeme Swann. The England off-spinner ripped one off the pitch, that beat the outside edge, but Rogers managed to push his foot back into the crease before his bails were dislodged.

Rogers and Watson continued to build a formidable partnership, before, from almost nowhere, Broad pulled a breakthrough from a hat. 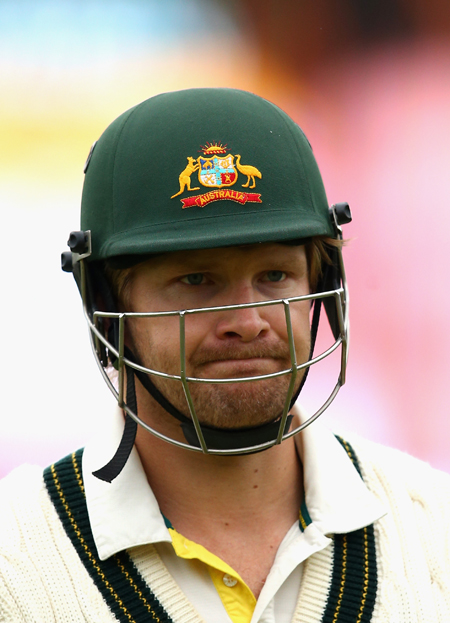 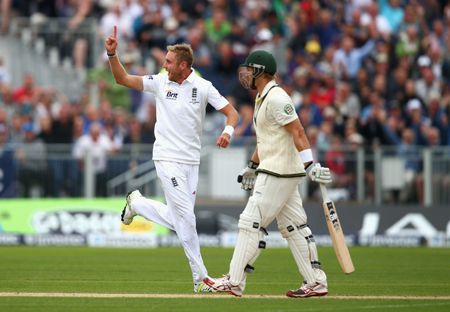 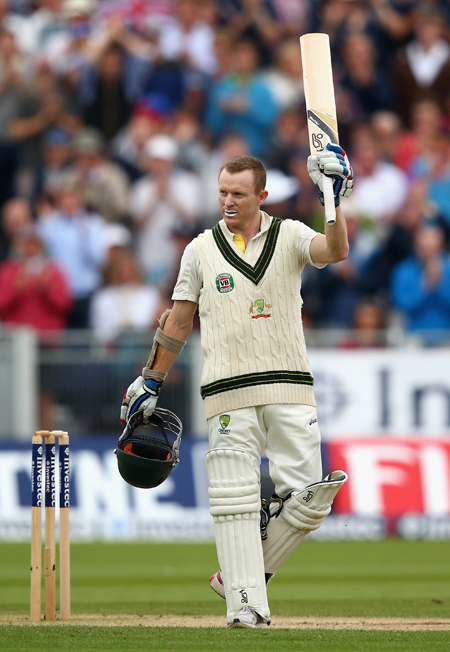 He got Watson out cheaply tickling one down leg to Prior who took a comfortable catch.

Chris Rogers, who seemed to be in the nineties for hours, notched his maiden test hundred at the age of 35 soon after.

It was a great moment for the Aussie veteran who’d been one of Australia’s standout players during the series.

Brad Haddin came to the crease but before he’d managed to bat himself in the umpire’s decided the light, which had been teetering on the edge on unacceptable for hours, was dangerous and off everyone trooped.

It was one of those rare cases when both teams were willing to accept the light without much drama.

Australia will be delighted with their performance after the morning session, during which it looked as if 250 on this wicket would be about par.

Roger’s innings and his partnership with Watson has given Australia a great platform and has once again highlighted the England’s one-dimensional tactics.

The Ally Pally ice rink is back