Steve Smith fell fairly soon after the resumption to one from Tim Bresnan that ripped off the pitch.

Playing away from his body Smith, on 17, edged to Prior who took a simple catch.

From then on it was hard going for the England seam attack. Stuart Broad, who’d ripped through the Aussie top order in the morning looked good again but failed to get the breakthrough.

Conversely Jimmy Anderson, who’d looked a shadow of the bowler from the first two Tests, toiled ineffectively rarely looking at all threatening.

Chris Roger reached his 50 with the only real chance of the session after he edged an almost impossible chance along the line of first slip.

Graeme Swann dived across to try to take it before it hit the deck, as it was not reaching Cook at first slip, but in the end just palmed it tamely down. 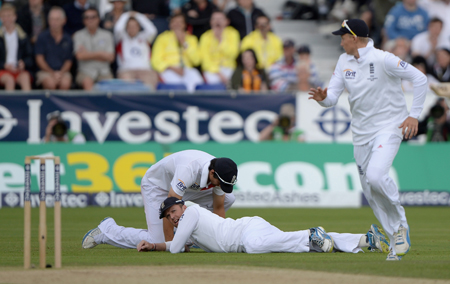 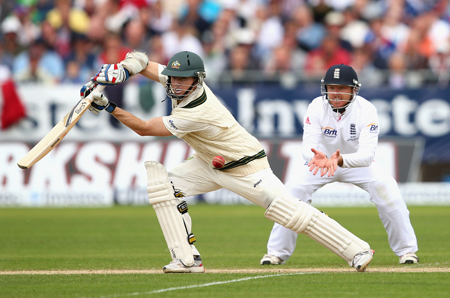 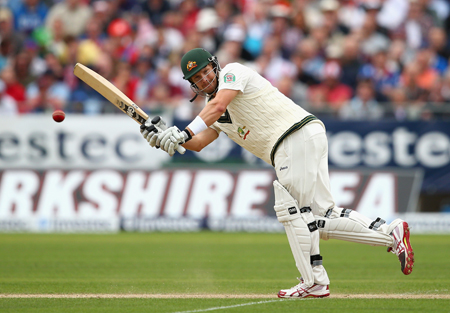 Shane Watson and Chris Rogers duly notched up their 50 partnership, seining the momentum of the game back towards the Baggy Greens.

Cook even slung the ball to part-time medium paced seamer Jonathan Trott to hold up an end for a few overs, and the England batsman looked as dangerous as anyone.

Swann was finally brought into the attack with twenty minutes left in the session, hover a cut on the spinners finger appeared to be hampering his revs.

It was a great session of consolidation for Australia going from 73-4 at lunch for 148-4 at tea.

England have seemed to struggle throughout the series during the afternoon session, saving their wickets for the morning and evening sessions. Australia will be looked to end that trend with another period of dominance.