There were sideshows throughout the morning but it was Clarke who was the undisputed main event, picking up where he left off overnight to cruise past 150.

On his way the skipper beat his highest score against England, beating his 136 at Lord’s in 2009 with a string of majestic straight drives and some bludgeoning of Tim Bresnan looser work through the off side. 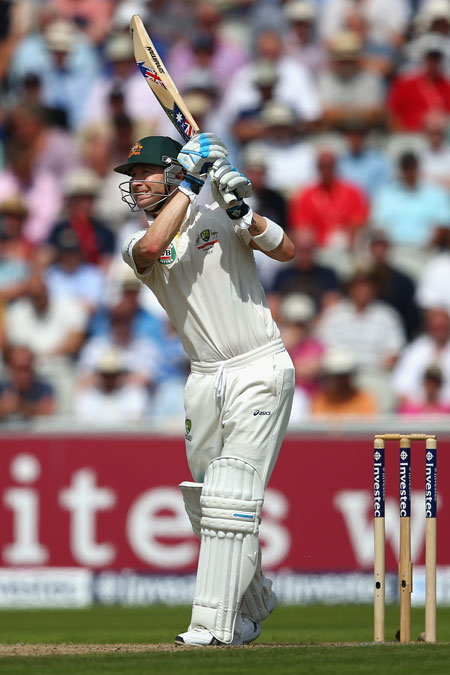 His young partner Steven Smith will be disappointed to have thrown away a Test hundred chance, when with the field back he chased a Graeme Swann ball and sent it down Johnny Bairstow’s throat in the deep to be out for 89. 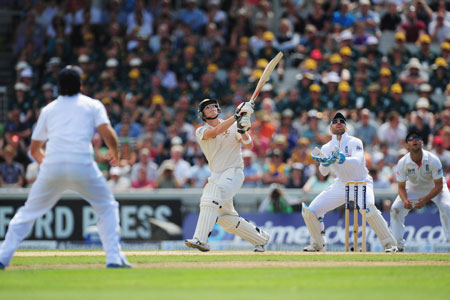 “Smith’s an absolute muppet for getting out like that,” the former England bat said. “There are more brains in a chocolate mouse. There’s a gimme run to long-on with the man back.” 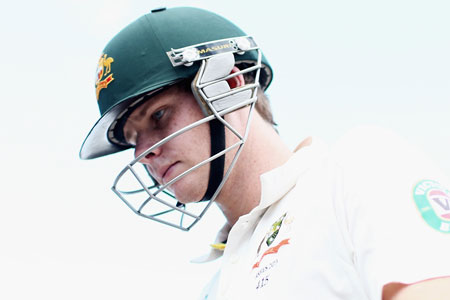 With Clarke, he’d broken a bunch of third wicket records and he was looking more assured than the night before, when he was lucky to survive some questionable umpiring calls. 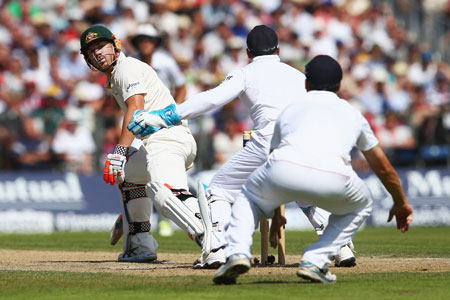 His exit brought a chorus of boos from the crowd as panto villain David Warner strode to the crease for his Ashes debut after spending the day yesterday in his pads.

The former opener appeared to enjoy the attention, dancing down the wicket to push Swann for four through cover, but the battle was short-lived. 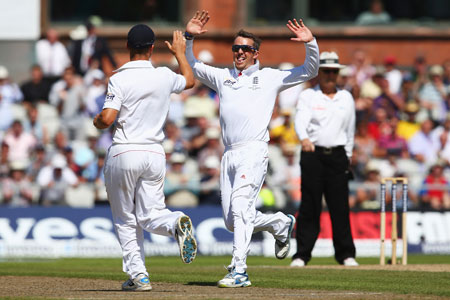 Swann claimed his man before any need to bring on Joe Root, the recipient of a swinging arm from the nuggety batsman at the Birmingham Walkabout, for a face-off.

While Warner seemed to clearly nick it to Johnathan Trott, via the knee of keeper Matt Prior, he consulted Clarke and sent the decision for review. Confusion may have come from the fact he’d also whacked his pad, but the decision was sound and the crowd loved it. 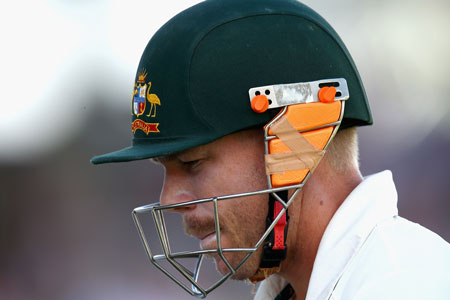 Good news for Kumar Dharmasena, the video umpire under fire yesterday for a howler against Usman Khwaja, is that both reviews for both reviews are gone, so all decisions for the innings are down to the on-field umpires now.

Brad Haddin has already made his intentions known, playing with freedom no afforded him so far in the series as he’s come out with the side under duress.

He’s raced to 18 not out at lunch after surviving a dropped catch from an inside edge off James Anderson.

Mayweather and Pacquiao unlikely to meet in May