Bell and Trott steadied the ship batting out till lunch, showing good touch to neutralise Australia’s seem attack which had looked dangerous all morning.

Clarke rolled the dice just two overs in, taking James Pattinson out of the attack and bringing in the man alleged to have been called a ‘cancer on the team’, Shane Watson, who trapped Cook lbw first ball.

It was a dream of a delivery, which pitched and then straightened on the England captain hitting his back leg just above the knee roll. 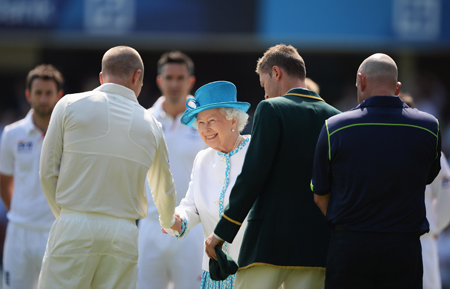 Cook’s fellow opener Root joined him back the hutch an over later, trapped lbw to a pitched up delivery from Ryan Harris.

The Yorkshireman reviewed the decision feeling he’d got an inside edge. A tight hotspot showed that the ball had just hit the 22-year-old’s front leg before going on to hit the edge of the bat.

And soon England were crumbling when, just six overs in, Kevin Pietersen edged from Harris to Brad Haddin, who took a good catch low down.

Pietersen allowed umpire Dharmasena to give his shoulder a rest, walking off before the umpire was called upon for his decision. 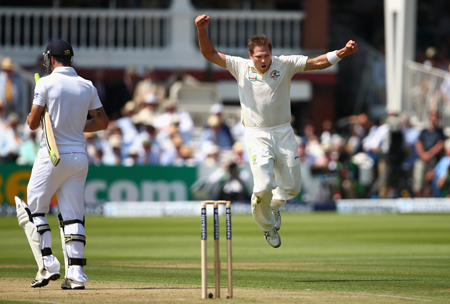 On a day that looked perfect for batting Jonathan Trott and Ian Bell steadied the ship.

The pair looked in good touch, Trott especially, landing a couple sweetly timed boundaries, as Bell nudged and nurdled the ball to all parts of the Lord’s ground.

England managed to make it to lunch without further loss, making it 3-80 with one session down.

AFL Champion and Australian Of The Year Booed Out Of The Game ?