Ashes 2013: Second Test, day 2 wrap – England 3-31 after Siddle rips through top order to give Aussies half a hope

Siddle has 3-4 off five overs from an outstanding spell, with tight work from Ryan Harris and Shane Watson, with James Pattinson improving on his first day form.

Joe Root remains though on 18 not out with night watchman Tim Bresnan doing his job and making it to the end of the day on 0 not out off 15 balls.

But it’s still very much advantage England after an abominable performance from Michael Clarke’s side with the bat.

The Aussies came back after tea with 59 runs to get to avoid the follow-on, with three wickets in hand and the almost hero in Trent Bridge Brad Haddin at the crease with Peter Siddle.

But Siddle (2) didn’t last long, sending a low edge to Graeme Swann at second slip to give James Anderson his first wicket of the day. 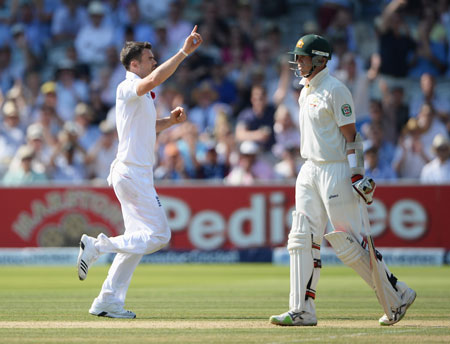 Haddin was soon to follow and leave the Aussies 9-104 with an ugly flail at a Swann delivery that gift Johnathan Trott a catch at slip.

The partnership they so greatly needed simply didn’t arrive with Ryan Harris arriving at the crease with a mission to match the summer’s above average number 11s.

Swann gave him a chance to shine, dropping a sitter of a return catch.

But the tweaker claimed the big quick five minutes later, leaving the catching to a running Pietersen at mid-off. 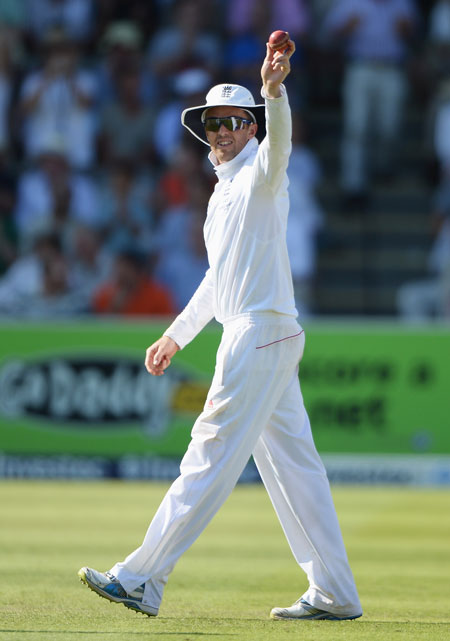 So that was that for the Aussies, a solid day with the ball to wrap up three required wickets totally wasted with the bat.

Bowled out for 128 in 53.3 overs, with Shane Watson top-scoring with 30 after being caught plumb in front again.

After he went the Aussies capitulated for 86 more runs, with Swann taking 5-44. The other wicket takes were Tim Bresnan with two and one each for Stuart Broad and James Anderson – the other was a ridiculous run out. 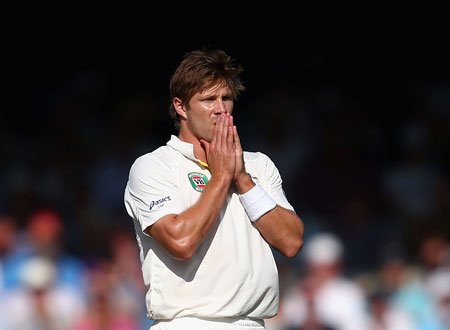 Michael Clarke turned to his most reliable quicks from the first innings, Harris and Watson, placing a huge amount of responsibility on the all-rounder who only months ago was contemplating not bowling to save his body.

Accurate as ever, Watson found Joe Root’s edge when England was 0-19 only for it to fly lazily between Haddin and Clarke – always the keeper’s ball but he dummied enough discourage safe-handed Clarke from going for it. 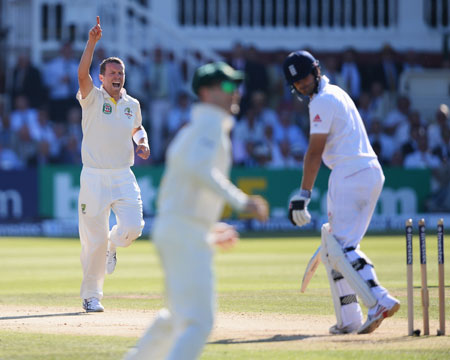 Siddle struck again putting Trott in two minds and forcing him to play onto his off stump for a duck. 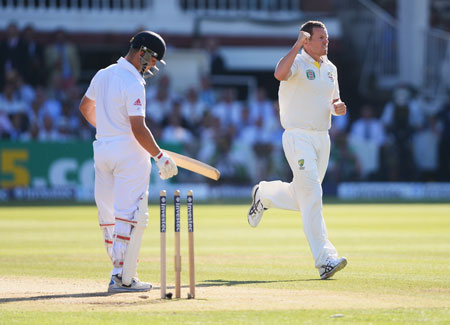 Then came Kevin Pietersen – he came to the wicket meaning business but didn’t act like it with the bat. He eventually went for XX to leave England reeling at 3-30, 263 in front and giving the Aussies a sniff. 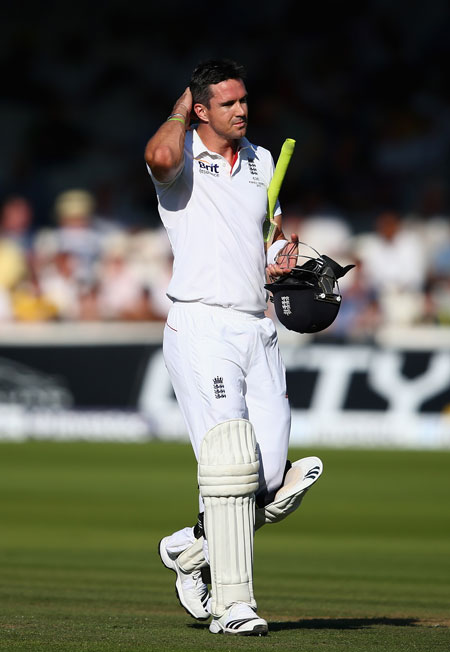 Tim Bresnan was the next man in as a nightwatchman to protect remaining recognised batsmen Ian Bell and Jonny Bairstow, set with the task of surviving the last 20 minutes of the day.

Bresnan succeed to stick with Root, and with centurian Bell in the sheds to be followed by Jonny Bairstow, Matt Prior and the rest, the 264 lead is sure to increase.

By how much will decide the result of the match. A big morning awaits the Aussies.