Watson showed that he has a lot to learn if he’s to remain an Australian opener. The Queenslander refused to adjust his style to compensate for his team’s desperate position, making some bold shots early on.

Watson looked to have consciously marked up outside leg stump to negate the lbw he’s looked prone to so far in the series, but it was to no avail as he was dismissed on 20 by Jimmy Anderson.

England’s hitman teased Australia’s potentially destructive opener with a few outswingers before bowling straight one which Watson stepped outside the line of and was duly punished as the ball crashed into his front leg, plumb in front. 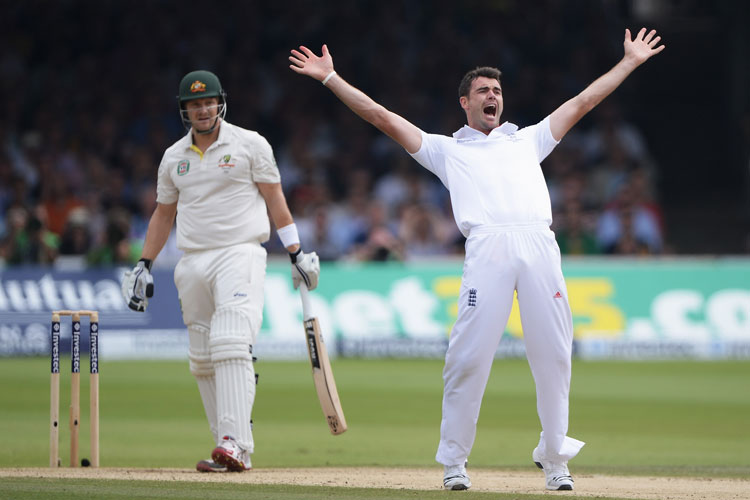 Chris Rogers who’d looked, as he has all series, more conservative, was undone by Graeme Swann after the Sydneysider offered no shot to one that didn’t turn and clipped off stump.

It was a tame way for one of Australia’s better players in the series to get out. 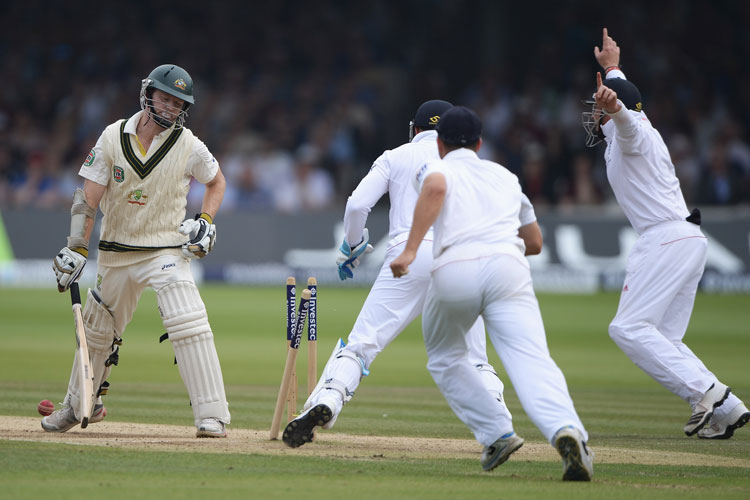 Phil Hughes joined Rogers on Swann’s list of victims shortly thereafter after he was trapped plumb lbw to one that just straightened.

Usman Khawja didn’t look like he’d recommended the review but Hughes used it anyway and wasn’t rewarded, the ball going on to hit leg stump.

The Aussie captain Michael Clarke should’ve been Swann’s third wicket of the day after he was defeated by one that ran on from the England spinner, but luckily for Clarke, it also beat Matt Prior behind the stumps who fluffed the potential stumping.

It leaves Clarke at the crease with the hopes of nation and the prospect of one of cricket’s all-time great escape stories on his shoulders.

If he can bat out the day and reach lunch tomorrow, the forecast suggests that there might be some thunderstorms late in the day Monday.

This one’s definitely Not Suitable For Children