“Mela means gathering,” explains artistic director and co-founder Ajay Chhabra. “It’s a coming together of lots of different people and in that tradition we have re-invented Mela in London with our own twist.

“I combine the traditional and the modern with a hint of the extraordinary. We’ll have international artists alongside UK stars, UK premieres of new work, and it’s all held together by the best street food in London.”

As well as exotic flavours and music, there are a host of other activities to take part in on the day: everything from dance, comedy and cabaret to Asian-influenced street theatre, with Alt-Mela and Magic Mela stages, too.

“Representing the past and the present is central to the event – the key premise is to have something for everyone,” Chhabra says. 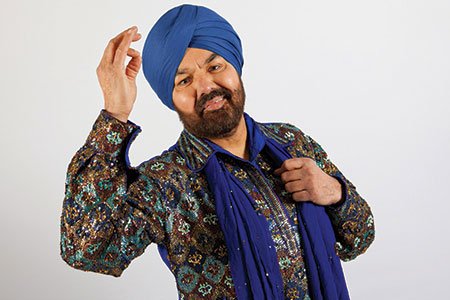 To that end, there are three stages of music, representing current stars, emerging artists and the traditional. The main stage alone shows Chhabra’s commitment to this variety, with up- and-coming talent like Manchester’s Nafees and part-comedian, part-motivational speaker IISuperwomanII alongside Sufi songstress Harshdeep Kaur, who’s worked with AJ Ramen soundtracking movies such as Danny Boyle’s 127 Hours, and a headline set from Punjabi artist AS Kang, who’s been performing since the Seventies.

The classical stage features performances that celebrate South Asian communities’ heritage and the BBC Asian Network New Music stage presents a wealth of emerging urban artists, such as garage MC Charlie Sloth and rapper Lost Souljah, and is hosted by BBC Asian Network New Music’s Nihal. With all that going on, it’d be hard to turn up and fail to find something you like. 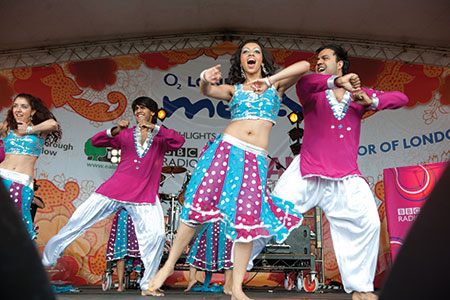 Chhabra has also put together a time-travelling theatrical production especially for the event, Swyron.

“Swyron [the heroic character of the piece] is a Vedic-meets-Victoriana, steampunk-inspired super sleuth. [The show] is going to be that extra surprise factor we always pull out.”

The finale is always a key part of the event, and it’s the starting point for Chhabra when he’s putting the programme together. “In the past we’ve created our finale moments with performers, live music, a carnival, fireworks – this year’s event will involve The Philharmonia Orchestra, the [classical music performers] the Ali Khan brothers [Amaan and Ayaan] and a large scale shadow puppet show with pyrotechnics, Rama And Sita.” 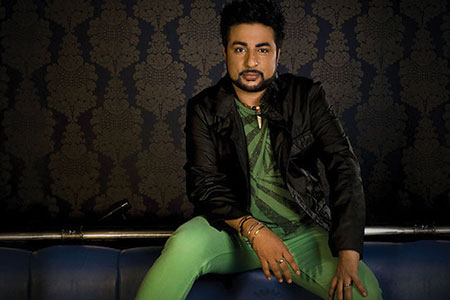 DJ: BBC Radio’s Bobby Friction will be a host on the day

With a third of its audience coming from non-Asian communities, the London Mela is truly a festival for the city. “Its special combination of people, performance and good food always makes a memorable party,” Chhabra promises. Make sure you don’t miss out.

If that’s given you a taste for the South Asian, we’ve also put together a list of our fave curries in the capital. Enjoy! This restaurant (above) won the best restaurant in the London suburbs accolade at last year’s British Curry Awards. Famed for its seekh kebab and extensive veggie menu choices, its luxurious interior and attentive service make it an extravagant and totally worth it night out.

Brick Lane has long been one of London’s most famous destinations for a curry. You’ll have to dodge the restaurants’ spruikers who line the street competing for your custom, but then the bartering banter is half the fun of an East End curry.

One of the most well known in this part of town, The Famous Curry Bazaar, serves up Bangladeshi cuisine, which also includes a wealth of vegetarian options for the meat-o-phobes. 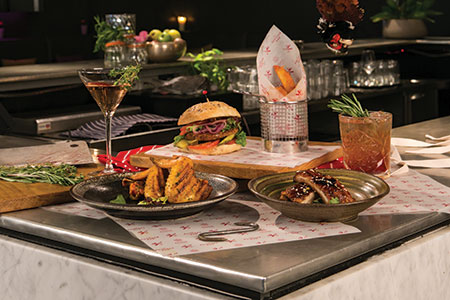 Executive chef Vivek Singh’s spin-off from The Cinnamon Club and Cinnamon Soho brings the ethos of the two former restaurants to the City – traditional cuisine given a thoroughly contemporary spin as the spice of the subcontinent is fused with British ingredients. New pop-up The Butcher Bar arrives at the adjoining Anise bar (right) until October 28, bringing all manner of meat-inspired drinks and dishes (a cocktail garnished with crispy pig’s ear, for one).

Chef Andy Varma offers Londoners a menu that combines “the ingenious traditions of the Royal Maharaja Kitchen with the refinement of fine dining”. So you can expect food fit for a king. Highlights on the upmarket menu include the lamb chops, inspired by the Patiala Palace kitchen in the Punjab, and the tandoori black cod fillet.

Factor in the exquisite decor and this is a simply sumptuous dining destination. Plus, with a wine and cocktail list that Varma and his team are most proud of, it’s easy to see why this west London restaurant walked away with the Best Newcomer award at last November’s British Curry Awards.

The cafe appearance and ultra-bright lighting bely the fantastic food at this truly authentic Pakistani restaurant. The kebabs and spicy chicken karahi are excellent, the place is always buzzing and it’s a BYO bottle policy, so it works out as a very reasonably priced meal out.

A Brick Lane fave since its arrival in 2004, this laid-back restaurant is known for its fine food and fun, relaxed atmosphere. 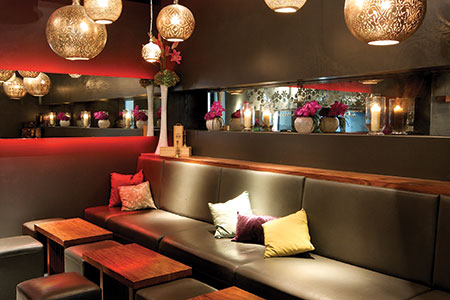 Goa on Your Plate – east London

Supperclub host Nilanjani Pai grew up in Goa and will show off the state’s wonderful food this week at this event, courtesy of the lovely folk at damngoodcurry.com. Spicy Goan sausages are among the starters, with the fiery Mutton Xacuti – ”probably one of the most well known dishes in and out of Goa”, Pai says – alongside chicken cafreal, prawn curry and more for mains. Dessert options include traditional Goan Christmas baath, made with coconut and semolina.

This family-run North Indian restaurant has been a west London institution for 40 years, serving up recipes that have taken pride of place in the family for three generations. Growing from a 30-seat restaurant when Bishan Dass Anand opened it in 1973, it is now a 220-seat monster famed for its flavour-filled Punjabi dishes. For what it’s worth, The Prince of Wales has been here and Gordon Ramsay dubbed it one of his ‘best’ in his Channel 4 series.

This famous curry house in the heart of Brick Lane is anything but standard. Since opening its doors in 1989, it has become one of the most highly regarded restaurants on the famous thoroughfare for its authentic Bangladeshi and Indian food. An enormous array of dishes of varying fiery content, including a palate-testing vindaloo, of course. 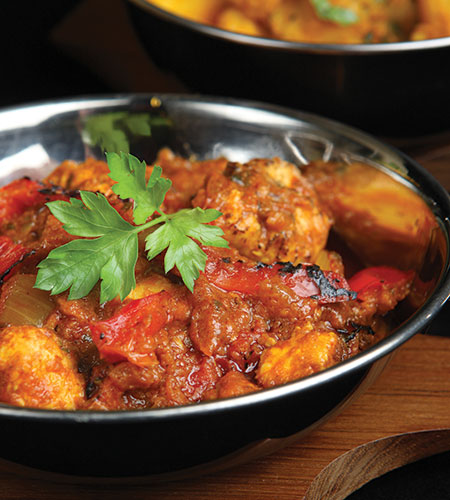 Veeraswamy holds the accolade of being the oldest Indian restaurant in the UK – it’s been delighting customers since 1926. The opulent interior matches this eatery’s focus on Raj-style cooking, serving up classical gourmet dishes that have been “fine-tuned to the tastes of the 21st century”. As a bonus, you get great views of Regent Street, making for a really special night out at this particular curry house. 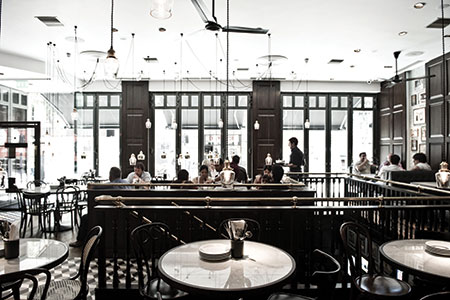 Dishoom (which translates as ‘mojo’) have two Bombay cafes in town, which recreate the traditional meeting, eating and drinking places of India’s most populous city. With a laid-back vibe, there are breakfast and all-day menus that include everything from upmarket chicken and pomegranate salads and lamb samosas to spicy lamb chops and the legendary Dishoom chicken tikka.

With eight branches around the world from New York to Kuala Lumpur, the Bombay Palace team are doing something right. Prices are steep, but you get what you pay for – a chandelier-adorned dining room and a menu loaded with mouthwatering dishes.

This rather stylish restaurant has been bringing Bombay and Indian cuisine to Londoners for more than 30 years.

Opened by a former manager at Tayyabs, Mr Ali, this low-key but sublime restaurant is known for its top notch kebabs, street food snacks and confidently spiced curries. There’s no corkage fee on the bring-your-own-bottle policy, either.

This Michelin-starred restaurant is all about the performance, its contemporary Indian dishes cooked in a theatrical show kitchen to make it a unique dining experience. 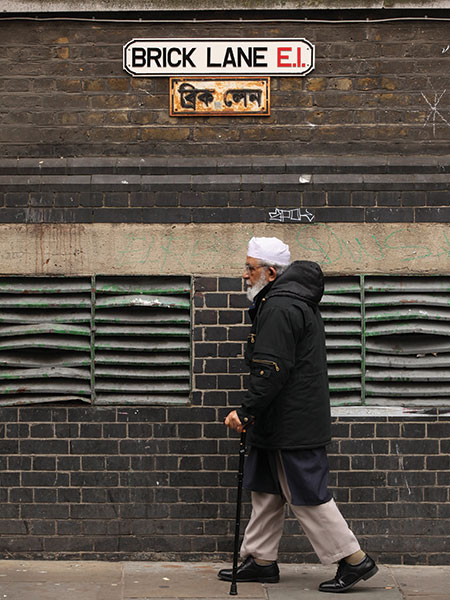 East London’s Tayaabs has been a family owned and run business since its arrival back in 1972. Famed for its mixed grill and lamb chops, it began as a small cafe and now encompasses three properties crafted into one. One of the best-loved restaurants not just in east London but all of the capital.

The first of what is now a six-restaurant chain across the country is held in supremely high regard by the locals who have been frequenting this south Indian vegetarian haven for many years. The pink exterior isn’t misleading – inside, the same colour scheme dominates. Dishes are served on a fresh banana leaf and eating’s done with the traditional right hand in what is a fun culinary experience. We definitely recommend the Avial curry.

Valentine’s Day events in London: Loved-up, single or ready to mingle, we’ve got you covered