7 million people are said to be without power in the affected areas with the damage caused by the storm estimated to cost between $10 and $20 billion.

Many of New York City’s subway tunnels were flooded with a surge of sea water. It’s estimated they could take up to 4 days for the water to pumped out and get the underground train commuter services running again.

“The New York City subway system is 108 years old, but it has never faced a disaster as devastating as what we experienced last night,” said Joseph Lhota, NYC transport director.

“Hurricane Sandy wreaked havoc on our entire transportation system, in every borough and county of the region. It has brought down trees, ripped out power and inundated tunnels, rail yards and bus depots,” he concluded. 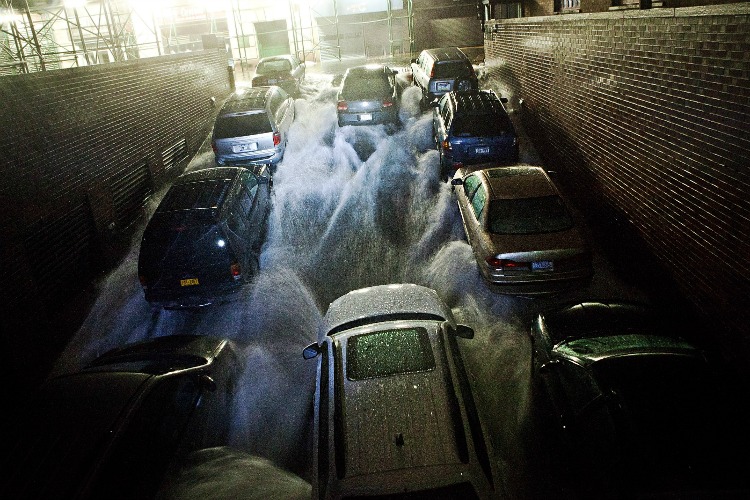 Road tunnels to Manhattan were also flooded, with power cuts plunging Lower Manhattan into darkness. A fire is currently raging in the New York district of Queens which has so far engulfed 50 houses. 200 firefighters are currently battling the blaze.

Flights at airports in the New York City area were all cancelled as of last night in anticipation of the storm. Barack Obama and Mitt Romney halted their presidential campaigns last night as the election enters its final week.

The storm hit the state of New Jersey first, leaving Atlantic City and Ocean City both severely flooded. The storm had already caused the death of 69 people in the Caribbean.

The oldest nuclear power plant in Oyster Creek, New Jersey is on alert due to the rising water levels. 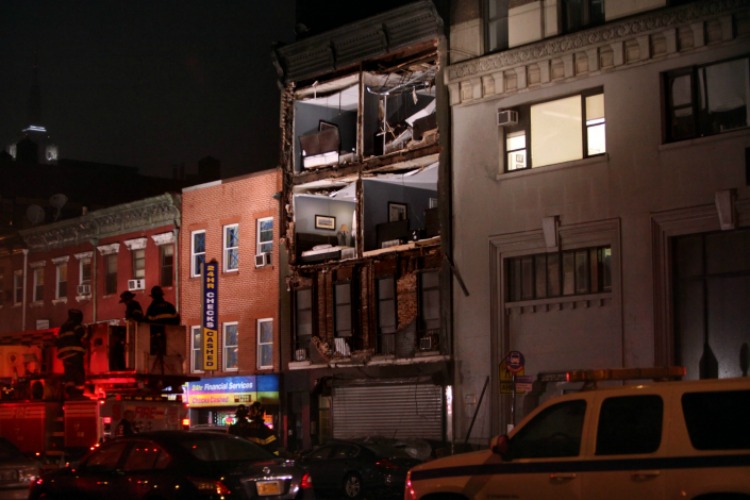 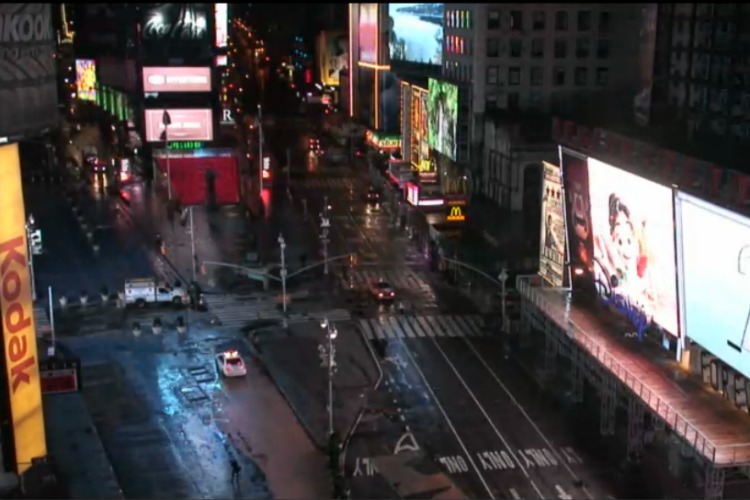 An eerily quiet Times Square in New York (via EarthCam)

The video below shows the moment that the ‘Consolidated Edison’ electricity substation in Manhattan exploded, causing a quarter of a million people in the area to lose their power supply.

The fire in Breezy Point in Queens, New York City, which is said to have destroyed over 50 homes. Video via NBC news.