Ask someone the meaning of life and you might told to get one yourself. Call upon a band of contemporary Australian artists to depict their thoughts through a screen print that is predominantly red, and what manifests is a cracking exhibition entitled – funnily enough – Life.

Not just the big guns

Artists don’t really do parameters, do they? So give them a theme as vague as existence itself and they’ll create whatever their artistic capabilities dictate.

In the case of Life, such freedom has led to a unique showcase from 19 contemporary artists who have either generated a piece exclusively for the exhibition or appropriated something in their oeuvre that fits the bill. The result is rather eratic  – and rather red.

Sydney-based designer Ben Brown, who has worked on art for musicians Nirvana, Silverchair and Fat Boy Slim, offers Grace Bones, a depiction of androgynous R&B star Grace Jones as a carcass with a cigarette in her mouth.

Old favourite, Reg Mombassa, the Australian whose satirical designs featuring surreal suburban landscapes populated by vomiting dogs made Mambo T-shirts every 1990s schoolboy’s must-have garment, also features. You'll have to get along to the exhibition yourself to see his artistic approach on the meaning of life, but it's bound to be intriguing. 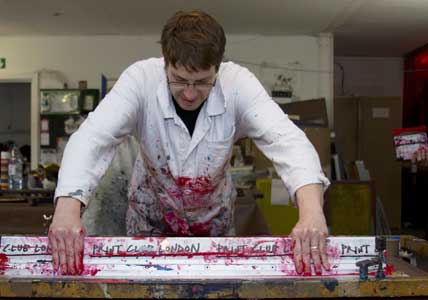 Alongside Mombassa’s masterpiece will be the work of James McNamara, a graphic designer who also plied his trade in Sydney before moving to London only months ago. McNamara, 28, is also one of the founding members of Heaps Good, which is staging the exhibition with a hand from Print Club London.

“We deliberately made the theme vague because it left more scope for interpretation,” he says.

“You see, I’m a hopeless romantic – pathetic, I know – but my work is an illustration of two people and influenza germs spreading between them, like love does.” Confused? Don’t be, McNamara says. What you divine from the meaning of life – and from the art – is equally as important. 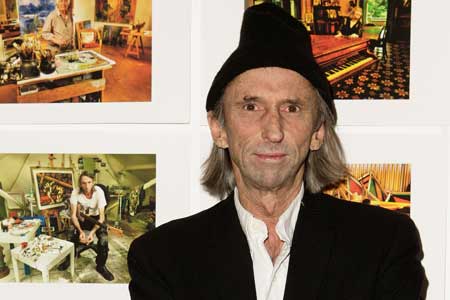 McNamara’s work will size up against that of Jeremy Ville, a globally-recognised cartoonist and designer work for Converse, Diesel to his name. He even designed his own fluffy toy – 'The Love Bunny'. The juxtaposition of fledgling artists with bigger names in this debut exhibition for Heaps Good embodies just what the team, including McNamara and his university mate, James Tranter, 26, have set out to achieve.

The friends say: “We aim to help show off the creative and diverse work Australians produce, be it art, design, gigs or simply stuff that tickles your creative thingy, stands it on end and pokes you in that part of your brain that makes you think, ‘sweet nectar of dude, that is heaps good!’.”

Tranter adds: “When I got to London as a freelancer, it was really hard to find other artists to talk to, so I wanted to showcase work we should be proud of.”

Another exhibitor, Kareena Zerefos, 27, also from Sydney, agrees. “In Australia, we have a tight connection of creative people and everyone knows each other, but I felt like a real needle in the haystack when I moved here.
It’s nice to see a community take shape.” 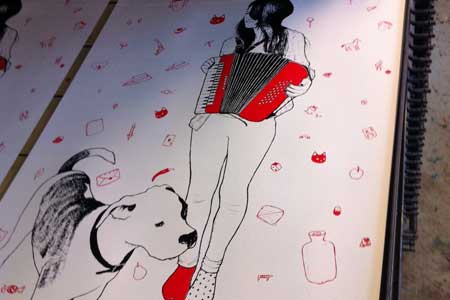 At the heart of Life is a good cause. There will be 20 signed and certified editions of each of the exhibited works, which will be on sale for £50 at the event, with all proceeds going to Aids charity (RED). The charity works with the world’s most iconic brands to make unique product

items, giving up to 50 percent of their profits to invest in HIV and

AIDS programs. These prints are expected to go fast and will be sold during the exhibition, including opening night. Miss it and you'll be seeing red.

Life, an exhibition by Heaps Good

The exhibition will continue daily until Wednesday 6 July: 11am – 5pm

Debt crisis ’caused by YOU borrowing too much’ – David Cameron