“[Asylum seekers are] a hot topic here because our traffic is overcrowded,” said Scott in an interview on ABC’s Four Corners (see video below). ”Go sit on the M4; people see 50,000 people come in by boat – that’s more than twice the population of [western Sydney suburb] Glenmore Park.”

Scott, who is challenging Assistant Treasurer David Bradbury for the seat of Lindsay in the September, also claimed this exacerbated hospital waiting queues.

Her comments have been described as ”shockingly ignorant” by the Refugee Action Coalition spokesman, Ian Rintoul, who said there were only a few thousand refugees in the area.

”She should be well informed, but she is saying absurd and ridiculous things,” said Rintoul, according to Sydney Morning Herlad.

”She has characterised [refugees] as creating social problems. Western Sydney is full of migrants who have very often experienced some kind of discrimination and these negative views on asylum seekers will do no good to her campaign whatsoever.” 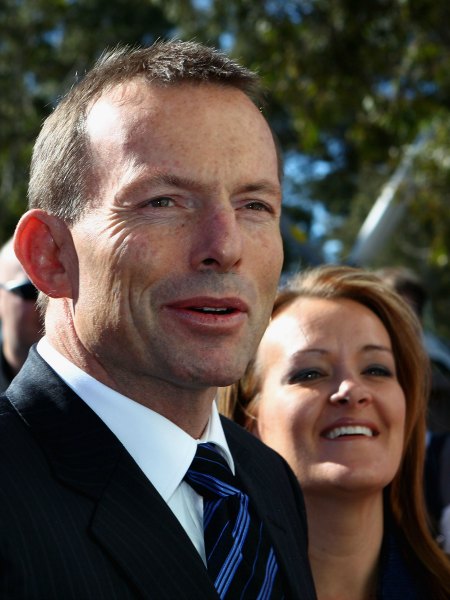 Rintoul estimated that just a few thousand refugees, mostly from Afghanistan and Iran, are living in the suburbs in the seat of Lindsay, which includes Emu Plains and Castlereagh.

Liberal leader Tony Abbott, who last month controversially remarked on Scott’s “sex appeal”, responded to the comments in a press conference in Adelaide on Tuesday by stating that he did not accept the reporter’s “characterisation” of her remarks, but accepted that asylum seekers were putting a strain on society.

“Obviously when you’ve got something like 50,000 illegal arrivals by boat, that’s a big number. We have all sorts of pressures that are created,” Abbott said before listing Australian towns that housed fewer people than the number of asylum seekers that had come by boat since Labor took power.

Labor issued a statement on Scott’s comments claiming she was unfit to represent the Lindsay electorate.

”The people of Lindsay have an intelligent and committed representative in David Bradbury who makes a massive contribution to our nation’s parliament and has worked hard to deliver for his community,” it said.

Staying at the Ice Hotel in Kiruna, Sweden

Wikileaks Julian Assange bio: ‘Pain for the guilty’ he says