Although a lull has been forecast for tomorrow, heavy rain is expected to return by Saturday and the floods show no signs of abating.

The Queensland Premier, Anna Bligh, said that as the rains return “we will feel the full urging of the monsoons, a trough that has been impacting the north”.

Australia’s floods are so far mainly confined to coastal areas but rain is likely to spread across the state. 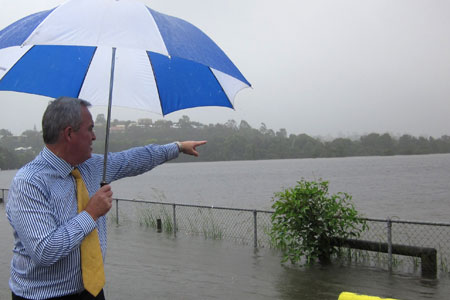 On the Gold Coast, heavy rain has been forecast and floods are expected, forcing locals to prepare to evacuate their homes.

Although the floods are not on the same scale as those which devastated the state last year, disaster management crews were on standby and the State Emergency Service received about 600 calls for help from midnight to 1pm yesterday.

Knitting the high street together – in Waterloo