A press release accompanying the pictures read: ’81 Iranians get the new message.’

Pictures, including one showing a woman sat on the floor with her head in her hands, were posted on the personal Twitter page of Department of Immigration spokesman Sandi Logan, who later defended them as “entirely appropriate”.

“The opportunity to demonstrate graphically to people considering getting on the next boat is an absolutely vital opportunity for us,” Logan told Fairfax.

The asylum seekers vessel was intercepted and taken to Christmas island where those aboard were told they would be taken to PNG.

Immigration Department acting regional manager Steven Karras said the group listened calmly to the message that they were being sent to Papua New Guinea.

“It was apparent to me that they did understand what this message meant,” he said.

“I’m sure they’re now thinking about whether it was wise to come in the first place. And I think in fact over the coming days … they will start to contemplate very seriously whether in fact returning home is a better option.”

The move has been heavily criticised by asylum seekers right campaigners and by the public on Twitter who called it, among other things, “callous” and “creepy” with one tweeter, Margot Cooper, going so far as to question where “Australia is recreating its own past with a ‘penal colony’ in PNG?” 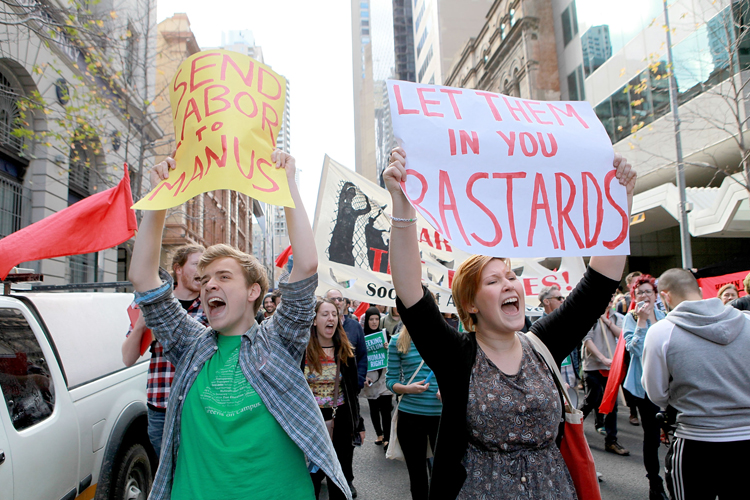 Many have questioned the legality of the programme which the government insists is an attempt to stop the illegal movement of asylum boats to Australia, a practise which costs many lives every year.

Australian prime minister Kevin Rudd has acknowledged the likelihood of legal challenges to the policy.

“This is going to take quite a while to roll out … there’ll be bumps in the road, we understand that,” he said, whilst still claiming that it was “eminently defensible” in the international community.

Opposition leader Tony Abbott said that Rudd was misleading the public over the scheme, whilst PNG’s opposition leader said that the deal agreed to resettle asylum seekers there was one “struck between two mad men”.

Vienna – Welcome to the fair!