The Home Affairs select committee has warned that at the current rate of progress it would take 24 years to clear a backlog of asylum and immigration cases the size of the population of Iceland at the UKBA.

Between July and September last year, four new types of backlog came to light, taking the total number of cases to almost 313,000.

TNT magazine launched a campaign a month ago demanding the UKBA lift its game.

Group editor Carol Driver says the committee report proves the agency is inefficient and shambolic.Ms Driver told AAP it shouldn’t be so torturous to apply for an extension to an existing visa or for leave to remain in Britain.

“We’ve received a huge number of horror stories from readers who are paying for this service,” Ms Driver said. “It’s something that you wouldn’t stand for in the private sector.”

Monday’s report suggests applications could be processed in 45 minutes, but many Australians and Kiwis have told TNT they haven’t heard from UKBA for 10 months.

Unless people pay for a premium service, they have to surrender their passport to the border agency for that period.
For the first six months, the UKBA won’t even accept inquiries about applications, Ms Driver says.

TNT magazine’s online petition demands a helpline be set up to provide updates at any time “not only after six months”.
It also wants visas processed within three months for those eligible to work.

“It’s unacceptable that people who want to work and travel in the UK and boost the economy – who have no rights to claim benefits – aren’t able to due to UKBA inefficiency,” Ms Driver said.

Find out more about the campaign at tntmagazine.com/ukba 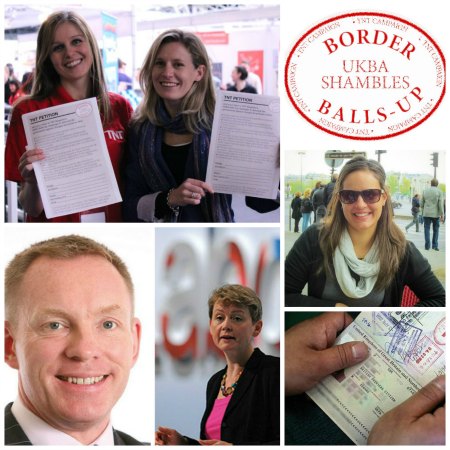 Italy’s Calico Storico Fiorentino, a sports match where head-butting and choking are allowed