“I know many will be travelling to Turkey and France for services but those that are not should consider attending services here in the UK.” said Australian High Commissioner Mike Rann.

“The Australian War Memorial is a special part of Australia in the middle of London and the Anzac Dawn Service is an important, if sombre, occasion for the Australia and New Zealand ex-pat communities to come together and remember those that made the ultimate sacrifice,” said Rann.

Anzac Day commemorations have a long history in London, including a street march of 2,000 soldiers in 1916.
The traditional dawn service is held on alternating years at each country’s memorial, located diagonally opposite each other at Hyde Park Corner, with wreath-laying each year at both.

This year, the commemorations will take place at the Australian War Memorial with wreaths laid at the New Zealand Memorial at the conclusion of the service. 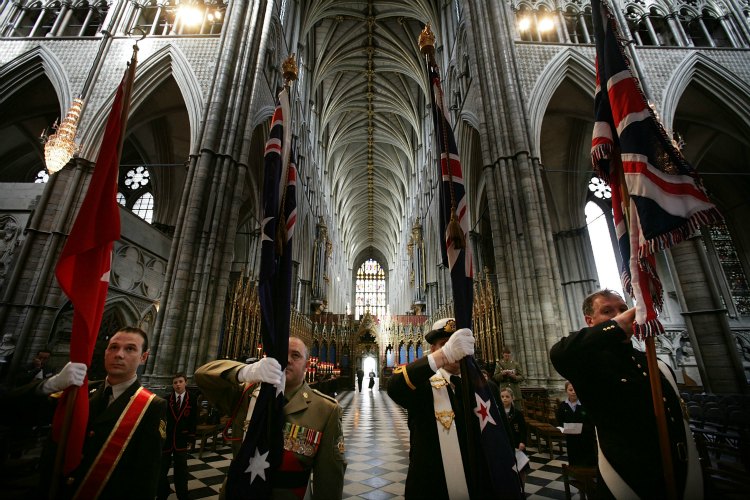 The ceremony will be followed by a wreath-laying at the New Zealand War Memorial.

11am: Whitehall wreath-laying parade and ceremony

On the first chime of Big Ben, Australian High Commissioner Mike Rann and New Zealand High Commissioner Lockwood Smith will lay wreaths together. They will be followed by representatives of the British Government, the armed forces and other countries whose armed forces fought in the Gallipoli campaign, along with various service and ex-service organisations.

An hour-long service, for which attendees must obtain complimentary tickets in advance. Tickets are available by application from the New Zealand High Commission and Australian High Commission.

Science Uncovered at the Natural History Museum, Sept 28: Go behind the scenes and get up close with the museum’s artefacts