This year, markedly emboldened by last year’s success, it returns for a festival of movies, music, and movies about music.

There are films from established talents and first timers, many traversing the gap between film and song, with a wealth of gigs taking place alongside interactive events, panels and talks.

First up, though, what about that trim 20-strong programme cherry-picked from the 100+ entries at 2013’s January Sundance fest in Park City, Utah?

“It was Robert Redford’s idea to make Sundance a film and music festival, he’s always loved the intersection between the arts,” Sundance London programme head Trevor Groth tells us from his US base. 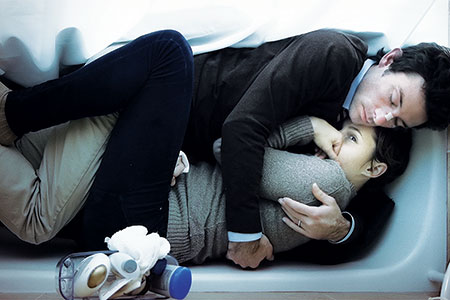 There will be movie-music mash-ups such as indie darlings British Sea Power performing their score live to nature doc From The Sea To The Land Beyond, and electro-sexual performance artist Peaches baring it all on stage and in new documentary Peaches Does Herself. Brit bands Luls and Sylver Tongue will be rocking out, and events such as the comedy-dissecting Senses Of Humour/Humour: The Art Of Comedy with Lake Bell will take you behind the scenes.

There will, however, be some very special purely cinematic spectacles for you to dig into, as Groth eagerly points out. “One of the highlights is our Audience Award winner from our [January] Dramatic competition, Metro Manila,” Groth enthuses of a film shot by new British filmmaker Sean Ellis in the Philippines.

“It has a great genre element to it, about someone who robs armoured cars and a guy who gets caught up in this world. But it also has a great emotional core to it, too.” 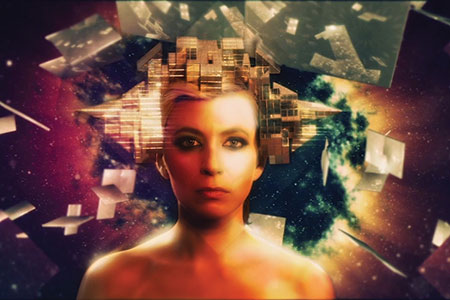 “It is as ambitious a film as you’d expect from Shane,” Groth tells us reassuringly. We loved Carruth’s 2004 time-travel debut Primer (itself a Sundance product) but confess it took us a couple of runs through to unravel its narrative complexities.

“I have seen Colour twice now and it clicked a lot more the second time around,” Groth adds, comfortingly, suggesting the nine years Carruth spent on the movie were put to good use.“It took him so long as he was not willing to compromise – when you see the film you’ll see what a true artist he is and what a sophisticated mind he has for telling stories in film.”

As well as traversing the gulf between movies and music, Sundance London also straddles the tastes of both American and British audiences.

“We programme the festival first and foremost for the public,” Groth says. “We want to showcase films to a UK audience that they’ll respond to right away. Last year [the festival] followed through on these hopes so we’re excited ahead of our second year.”

With such a diverse portfolio of movies and gigs coming your way, you’d best be excited, too. 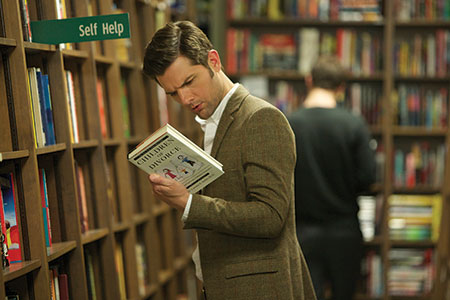 Friends With Kids’ Adam Scott is a well-off middle-aged man, ‘a child of divorce’ whose life is thrown into disarray when he finds out that his parents were part of a divorce study. It’s a star-studded (Jessica Alba, Mary Elizabeth Winstead, Clark Duke, Richard Jenkins, Catherine O’Hara) comedy-drama from debut director Stu Zicherman.

An international premiere, this drama won the Audience Award for Best World Cinema (Dramatic) at this year’s Sundance film festival in Utah, and it’s certainly one not to miss.

It’s a drama about a young man, Oscar (Jake Macapagal), who moves with his family from the poverty of the rice fields to the big city of Manila, where a job as an armoured car guard tests his morals and dedication to doing the right thing. A stunning debut from one-to-watch Brit filmmaker Sean Ellis. 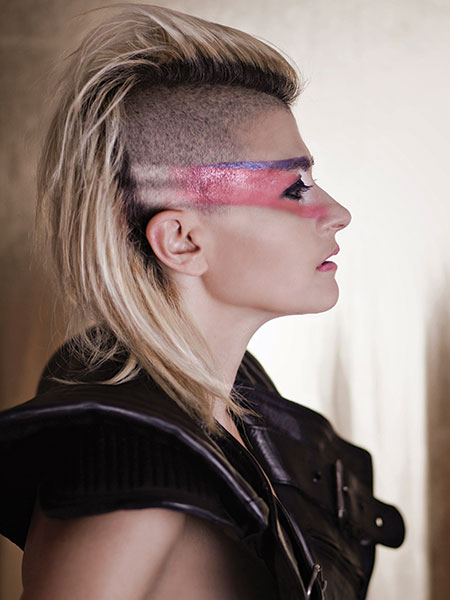 Peaches Does Herself – Film & gig

The enigmatic pop singer/siren told everyone to “fuck the pain away” and had a mega hit in the process. This new movie is, as you’d expect, a lively and unique offering. A rock opera stage show committed to celluloid, it promises to be predictably mad-capped and wild.  Peaches will be in town as well for an accompanying live performance at the adjacent Indigo2.

Filmmaker Shane Carruth made the mind-boggling, time-travelling Primer back in 2004 but has been quiet since that sterling debut. He’s been busy though and returns with this sensory-overloading movie about love, life and the search for a higher power. Challenging.

The band perform their score live to movie From The Sea To The Land Beyond, a doco about Britain’s coastlines, and take part in a post-screening Q&A, too. 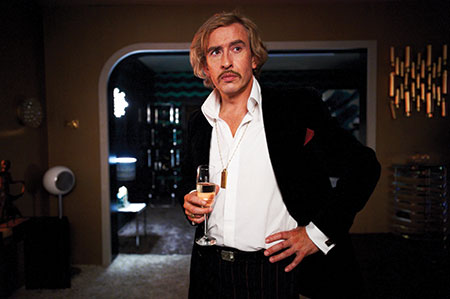 The Look of Love – feature film

Steve Coogan (above) stars as famed London gentlemen’s club owner Paul Raymond in this comedic drama about the rise of the self-styled ‘King of Soho’. Michael Winterbottom’s movie is one of Sundance London’s most anticipated.

This open discussion looks at low-budget filmmaking, what to avoid and the tips to succeed when working on an el cheapo production. For budding moviemakers and those keen to hear stories about the ones who have beaten the odds.

Nick Ryan’s mountaineering documentary looks at the attempts in 2008 of a group of climbers to reach the summit of K2, the second- highest mountain in the world but also the most dangerous. It was an attempt that saw 11 of the climbers lose their lives.

This 28,000ft+ high tragedy is told absorbingly through a combination of interviews and reconstructions. A study of high altitude climbing, those who partake, and the perils they chance.

Bands On Film: The Art of the Music Video – Talk

The music video has come a long way since Queen premiered what is widely understood to be one of the first ever with their promo for Bohemian Rhapsody (it wasn’t the first, but was the first to be so massively successful).

A marketing tool and artwork in its own right, this hour-long talk looks at the rise of the three-minute clip into an artform as important as the song itself through some of the most beloved examples, and also the most famous filmmakers behind the best and biggest ones. 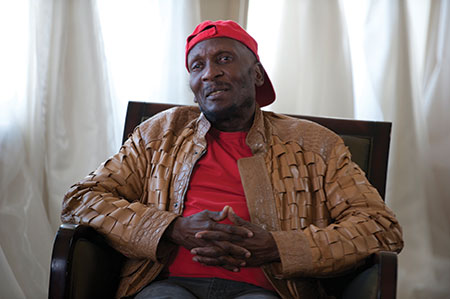 Director Greg Camalier interviews a stellar line-up of musicians, including the Rolling Stones, Jimmy Cliff (above) and Bob Dylan, for this documentary about the little Alabama town that birthed some of the most iconic and loved music as black and white came together as one. A tale that lifts the lid on a too little heard moment of magic in the history of American music.

The Saturday screening of the movie will be followed up by a special one-off performance, A Celebration Of Muscle Shoals with Gregg Allman and John Paul White of The Civil Wars. This 45-minute acoustic show honours the people and the songs, such as Mustang Sally and Wild Horses, that made this small town important.

Emanuel And The Truth About Fishes – Feature film

Kaya Scodelario (TV’s Skins) stars as troubled teen Emanuel in this hyper-stylised comedy drama from filmmaker Francesca Gregorini. Realism and surrealism combine in this one-of-a-kind flick as Emanuel develops a fascination and then a relationship with the enigmatic young mum who moves in next door, and  bears a striking resemblance to her own late mother.

The killer whale’s so named for a reason: it is a dangerous creature. Tilikum is a US killer whale in captivity that has killed three people, including a respected trainer.

This riveting documentary looks at the circumstances that led to this, within the context of the larger effects of keeping such large, wild animals in captivity. It’s a movie with a message from respected nature documentary filmmaker Gabriela Cowperthwaite. 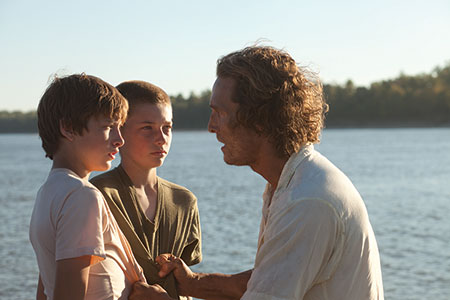 There was a time when Matthew McConaughey made crass movies like Ghosts Of Girlfriends Past and took his top off – a lot. He was a movie star, not an actor. Recently, the ladies’ pin-up has gone through something of an artistic renaissance and has surprised us all.

Lynn Shelton is indie movie royalty. Her mumblecore Humpday was a cult triumph, her follow up Your Sister’s Sister a sombre drama, and her newbie bears all the hallmarks of her sublime work. 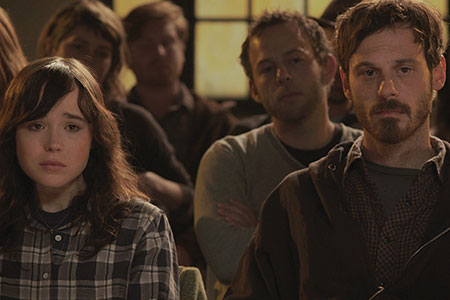 The Kings of Summer – Feature film

Writer-director Jordan Vogt-Roberts directs this coming-of-age story about three kids who decide to build themselves a house in the woods where they are free from school, parents and the rest of the world.

A warming and hilarious movie about childlike innocence and growing up that has been highly praised both for Vogt-Roberts’ script and the performances of its three young newcomers – Nick Robinson, Gabriel Basso and Moises Arias. 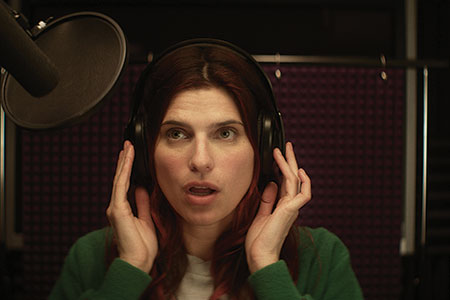 In A World – Feature film

Writer-director-star and all-round ace talent Lake Bell won the Waldo Salt Screenwriting Award at this year’s Sundance in Utah for this quirky and hilarious film all about families, Hollywood and the world of voiceover work. Bell’s directorial debut marks her as one to watch.

Video: Scientists create jellyfish from the heart cells of a rat in bioengineering breakthrough