Okay, the landscape isn’t dotted with Roman aqueducts or majestic medieval or renaissance architecture, but the truth is, depsite the relatively short history of European settlement in Australia, the country has more than its fair share of culture. One could point out that Aboriginal and Torres Strait Islander societies are a continuance of the oldest surviving human culture in the world, and in places such as Uluru and Kakadu you can see tens of thousands of years of human history etched into the living rock. But you could also forget history entirely and think in terms of modern culture – take Melbourne’s arty laneways, for instance. Here’s our top 10 to prove Australia has got a cultured side…

In the remote, arid heart of Australia lies one of the country’s most culturally significant locations and iconic natural landmarks. The Uluru-Kata Tjuta National Park covers more than 1,300sq km of rugged desert scrub and, of course, the two monoliths for which the park is named.

The indigenous people of the region, the Anangu, have lived in the shadow of Uluru for thousands of years, and many of the locals will, with the help of an interpreter fluent in the local Pitjantjatjara language, conduct guided walks of some of the sites which are of particular importance to their wonderful culture.

The guides tell snippets of local creation stories, which refer to formations and areas along the base of Uluru, as well as an ancient race of people known as the Mala who inhabited the area at the ‘beginning of time’.

While the climbing of Uluru is discouraged, the nearby Valley of the Winds walk at Kata Tjuta is a wonderful alternative. A number of lookouts on the 7km walking track provide beautiful views of the mind-boggling sandstone domes that erupt out of the red desert floor.

For a town with the word ‘Springs’ in its name, it’s a dry and arid land. Indeed, the community holds a boat race in a dry creek bed (Henley-on-Todd Regatta) and moody camels race across the red desert sands of Blatherskite Park in Lasseters Camel Cup. Larrikin culture at its best.

This Tasmanian beaut is Australia’s second oldest city and a wonderful example of colonial architecture blended seamlessly into a modern city.

Hobart is one of Australia’s smallest capital cities, and so is best discovered on foot. A wonderful walk will take in the best cultural experiences on offer in the old part of town, including Battery Point, Salamanca and its famous markets. Culture central, people. 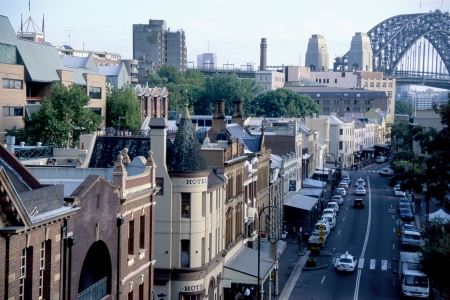 Sydney’s historic quarter, The Rocks, was once rife with prostitution, drugs and crime, but a massive facelift just a generation ago means it is now packed with some of the city’s best pubs and most captivating stories.

Dominated by the towering metal of Sydney’s historic Harbour Bridge, first stop should be The Rocks Discovery Museum, where you can learn about Sydney before, during and after the infamous Captain Cook landed here.

It’s a real mixture between far-flung outpost and holiday resort, but Darwin also happens to be rich in culture.

You can explore its Aboriginal heritage and relive the tragic 1974 cyclone in the Museum and Art Gallery of the Northern Territory, and visit the galleries along palm-lined Mitchell Street. But the tropical climate means most of the cultural action happens outdoors, including the Deckchair Cinema and the Darwin Festival.

South Australia is known as the Festival State and nowhere is that more apparent than in the picturesque capital of Adelaide. With its wide, tree-lined boulevards and abundance of beautiful parks, Adelaide is one of the more laid-back, easy-going cities in Australia.

The Adelaide Fringe Festival, held annually in February and March, is one of the biggest and best known of Adelaide’s events. The festival usually features more than 4,000 local and international artists, singers, actors and comedians, and has become the largest festival of its kind in the Southern Hemisphere. 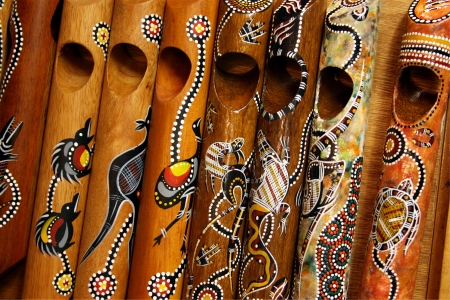 The beautiful Arnhem Land is one of the Top End’s biggest draws; an area of more than 94,000 sq km that is Aboriginal-owned and home to many different clan groups. It’s a cultural stronghold and also the home of the didgeridoo.

Its rugged ranges are fringed with idyllic billabongs, flood plains, paper bark swamps and monsoonal rainforests; an amazingly beautiful wilderness. It’s likely that the first Aborigines, making their way across the Indonesian archipelago some 40-50,000 years ago, arrived here.

Cultural experiences don’t get much more contemporary than those found in Melbourne’s colourful and lively laneways.

You can grab a map of the laneways and wander the graffiti-laden trail at your own speed, passing Federation Square, Majorca Building, Royal Arcade and more, while ducking in and out of cafés as and when you need a good hit.

The nation’s capital is one of the most beautiful cities in Australia. It’s also home to the National Art Gallery and the War Memorial.

Australia’s military history is a source of great pride for veterans and their families and the War Memorial is a poignant tribute well worth seeing. Indeed, it was recently  name No.1 landmark in Oz by TripAdvisor. Unusual choice, but still.

The area looks like a cross between Mars and a post-apocalyptic wasteland. Indeed, it was the set for films like Mad Max 3 and Red Planet. It’s not only the opal capital of the world and so is riddled with mines, but it also has an underground Serbian Orthodox Church worth a look.

Images via Getty and Thinkstock

Comic Relief: Dermot O’Leary and other celebs do Kenya hike