10:00 While there’s plenty of spine-chilling history to immerse yourself in here, this chocolate box city also has everything from high-kicking cabaret to gothic churches, medieval style markets and Bavarian belly-busting grub.

A trip to the Castle Quarter is at the top of the list for most visitors to Nuremburg. Sitting on a hilltop overlooking the rest of the city, the castle looks like something out of a Disney movie. Wander round the Kaiserburg (Imperial Castle), which was the official residence of all German kings and emperors between 1050 and 1571.

Those with a nervous disposition should skip this part (or at least find someone’s hand to hold!)

13:30 Sink your teeth into a juicy bratwurst for lunch – they’re Nuremburg’s specialty.

In the 14th century pork butchers had to present their sausages to the imperial stalls for a daily inspection – those that weren’t up to scratch were angrily flung into the River Pegnitz. 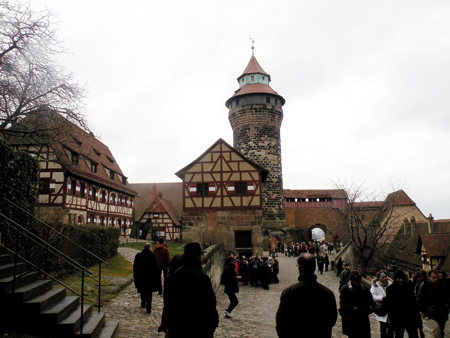 14:30 Ready to face the Nazis? Steel yourself for a few hours of learning about one of Europe’s darkest historical periods. Start at the Nazi Party Rally Grounds.

The vast size alone – an overwhelming 11km – speaks volumes about the megalomania of the regime. Onsite Documentation Centre houses a permanent exhibition on the Nazi reign called Fascination And Terror.

18:30 It’s beer o’clock, and after that sobering afternoon you’re probably in serious need of a stiff drink. Barfüsser Kleines Brauhaus (Königstrasse 60, tel +49 0911 204 242) used to be a grain warehouse but has been transformed into a popular nightspot.

They serve traditional Franconian dishes in a pretty raucous environment, along with epic 5L kegs ofbeer called Eichenholzfässche. Try pronouncing that after the first round! 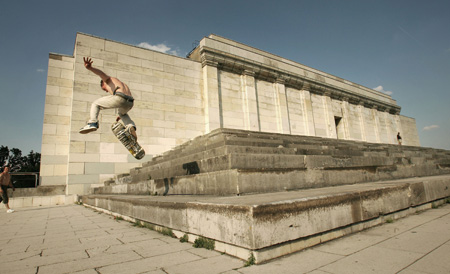 11:00 Get a mammoth brekkie to sooth that aching head. All the carbs, grease and caffeine you need can be found at artsy hangout Treibhaus (Karl-Grillenberger-Strasse 28, tel. +49 0911 22 30 41). It’s pretty good value too with cheap platefuls starting from just £2.50.

12:00 Wander round Nuremberg’s incredible old churches – St Lorenz Cathedral is the probably the most imposing, with its Gothic archways and stone sculptures, while St Sebaldus church is famed for its stained glass windows.

14:00 You can’t leave without buying your very own ‘authentic’ pewter mug for recreating stonking Bavarian beer sessions at home. 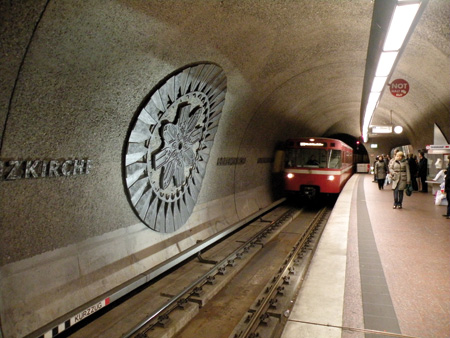 This beautiful Opera House, built in 1905, is proudly considered one of the most stunning buildings in Germany. Call ahead for details of what’s on and details of English-language shows.

This restaurant is famed for its colossal dishes of roasted pork, baked ham and sauerkraut. Wash it down with lashings of local dark beer, Tucher Bajuvator Doppelbock. Then bang your fist on the table in a suitably imperial fashion. YEAH!

Kiwi man gets £200,000 payout from travel insurers after falling ill in the US

Libya: Gaddafi has £1m bounty on his head