A Chinese beekeeper allowed 26kg of bees to cover his body as part of a “bee bearding” competition in China’s Hunan province. 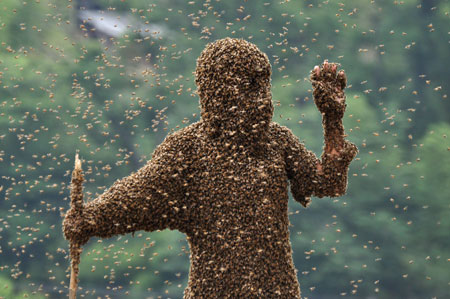 The bee bearding contest saw two bee keepers – Lu Kongjiang and Wang Dalin – battle it out to se who would end up covered in the most bees. 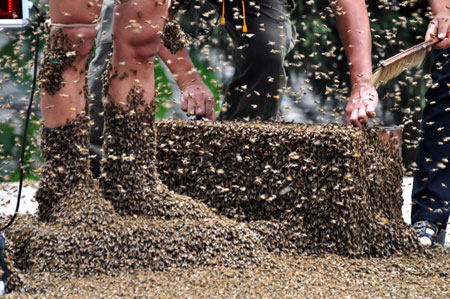 Contestants wore nothing but shorts and goggles and used queen bees to attract others on to their bodies.

Wang won the competition, attracting 26kg of bees in an hour. Lu lost out after pulling only 23kg. 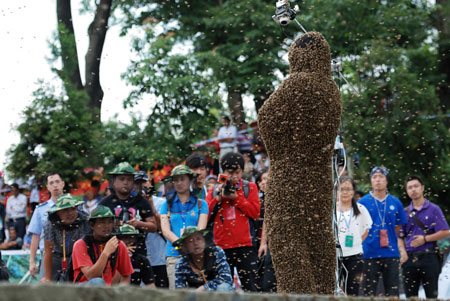 However, neither man managed to break the current bee bearding world record which is held by American bee keeper Mark Biancaniello, who attracted 39.5kg of bees onto his body in 1998. 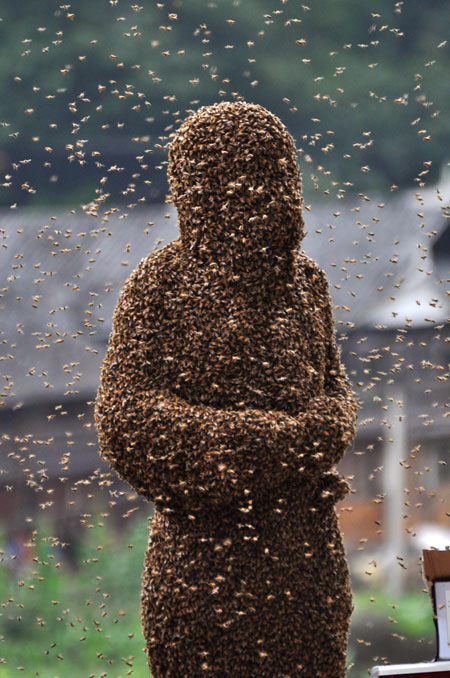 Can't get enough bee bearding? Here's a contest in Florida…

Buy a Kate Middleton ‘pooper’ for your nativity scene

ANZAC DAY on the shores of Gallipoli